The Battle of Old River Lake

Between June 5 and 6 of 1864, rain had created a muddy battlefield between the Union and Confederate troops. Colonel Colton Greene and his 800 Confederate troops, along with several cannons, faced off against 6,000 Union troops under General Joseph A. Mower. The battle concluded with a Confederate withdrawal due to lack of munitions. The casualties totaled only 100 for the Confederates and 180 for Union troops.

By Mark Hilton, October 17, 2015 The Battle at Ditch Bayou Marker 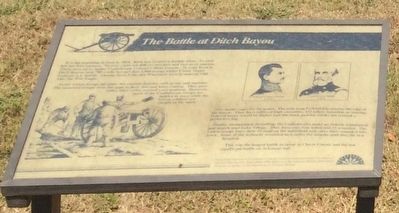 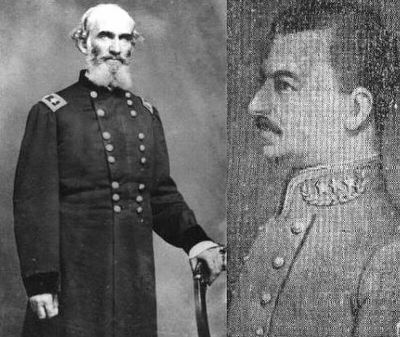 The Battle of Old River Lake, also known as the Battle at Ditch Bayou, occurring in June 1864 was the last significant engagement in Arkansas during the Civil War between the Union Army and the Confederacy. The Confederacy’s task was to stop Union troops from advancing into the nearby Lake Village, Arkansas. Union forces were currently tasked with engaging and removing Confederate troops from the Mississippi River to cease attacks on Union shipping. General Joseph A. Mower led his troops over to Lake Village putting them in the standard position for an assault on the Confederate side. The Confederate troops initiated small skirmishing techniques which allowed them to slowly pick apart the Union Army.

The Confederate Army were pushed back to their main camp and were able to hold off the Union for as long as they could, but General Colton Greene ordered a withdrawal from battle and they made their escape. The Confederate troops made their way to Parker’s Landing. After the battle, The Union pursued into Lake Village and camped their for the night. The next day, they would meet up with the flotilla on the Mississippi River. Despite a delay from the Confederate troops, the U.S. forces were able to achieve their task and were considered the winners.

The significance of this battle reflects a Union victory based off of sheer overwhelming numbers. Strategically, minus low ammunition, Confederate forces were at a complete advantage. Confederate forces held a defensive position, terrain, and preferable weather on their side. In actuality, the firing of such a condensed force of 800 at such a high rate added to a type of smoke screen concealment for Confederate troops. Although Confederates were unable to hold off against the massive Union force, losing only 100 compared to 180 leads to a bittersweet victory for Union forces.