Dedicated on December 4, 2004, the World War II Illinois Veterans Memorial honors the 987,000 residents of the state who served in the armed services during the war years, and the 22,000 Illinois soldiers and sailors who perished in the war. The monument features a granite wall and memorial plaza with the names of major battles and other information engraved throughout the memorial. The centerpiece of the memorial includes a twelve-foot white marble globe. 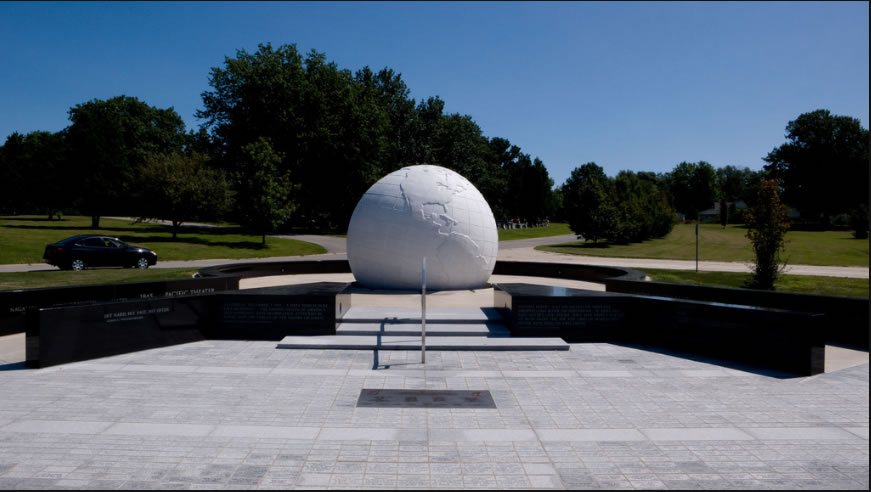 The memorial consists of a central plaza surrounded by Black granite walls and 22-ton, white concrete world globe. The wall is made of stainless steel and identifies the important battles along with quotes from military leaders and presidents; Franklin D. Roosevelt and Harry S. Truman. The monument was created through the efforts of the World War II Illinois Veterans Memorial Association which began raising funds and support in the late 1990s.