Delta Junction of the "Alcan" Highway

Delta Junction was the original finishing point of the Alaskan Highway project. Construction began in March 1942, and was finished by the Army in November 1942. The road was later improved and finished by civilian contractors in March 1943. The Venture took more than 20,000 men and 11,000 machines to build. It remains one one of the only road connections from the United States Mainland through Canada, into the Alaskan Interior. 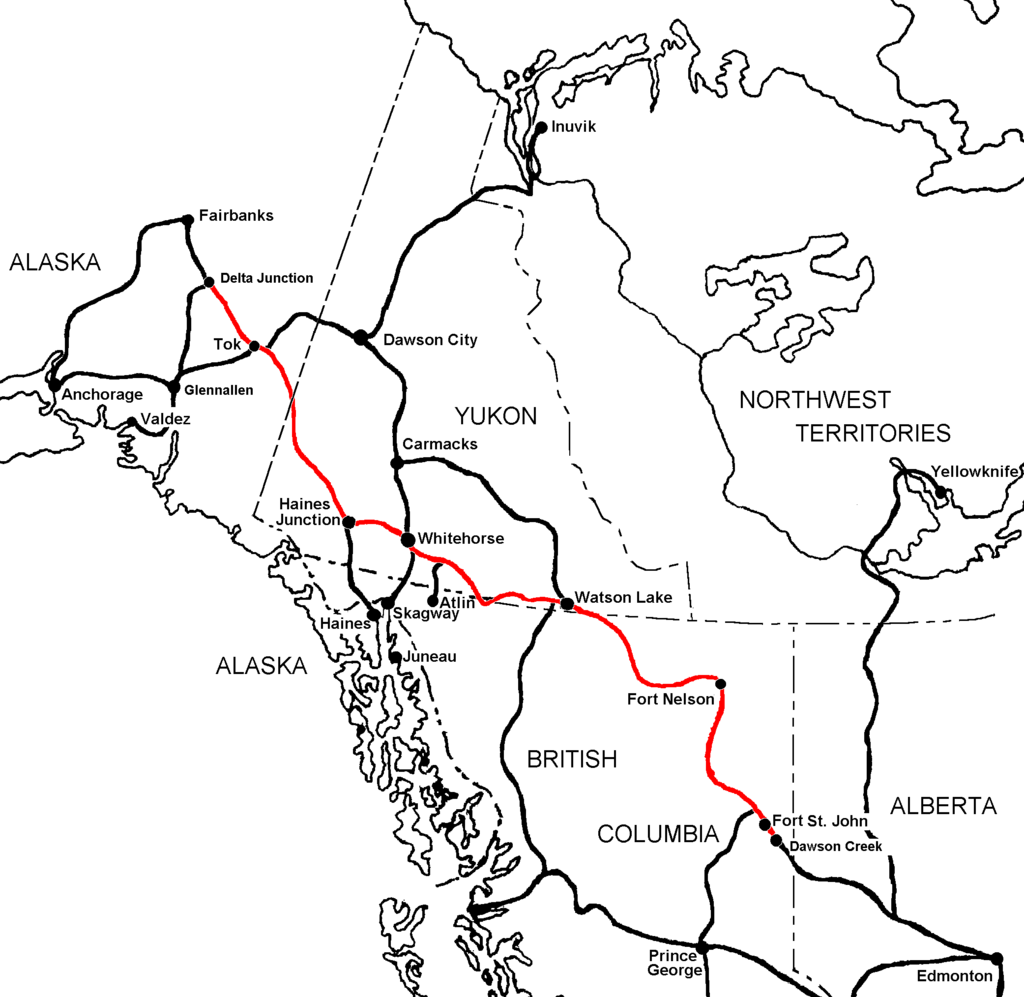 Soldiers Blazing the trail with Buldozers 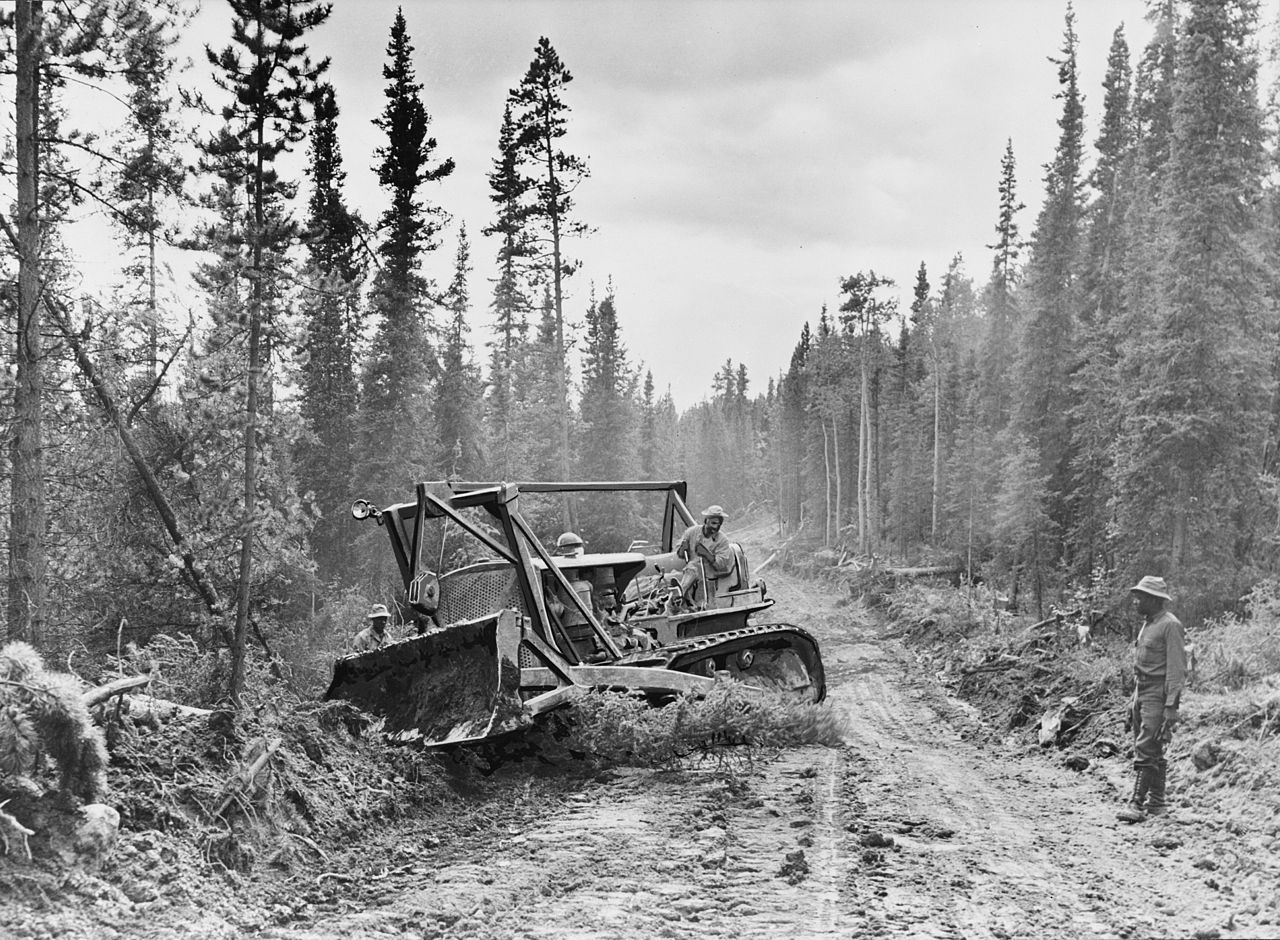 The ALCAN Highway (also know as the Alaskan or Alaska Highway) was built technically in a time frame of only eight months by the Army Corps. of Engineers. Construction began March 8th of 1942 shortly after the Japanese attack on Pearl Harbor (December 7, 1941). This highway connected the Mainland 48 states to Alaska and rendered much needed supplies and material to WWII soldiers preparing for invasion from Japan and materials needed to fight the European front in Russia.

At the time the US bases in Alaska were few and far between and Airbases in Canada and Alaska were the only way to get supplies to the US military in the interior of Alaska. Because of the attack on Pearl Harbor, the US military feared that Alaska could be lost to the Japanese through the invasion of the Aleutian Islands. This would allow the Japanese to cut shipping supply lines and gain a foothold in Alaska in order to attack Canada and the mainland 48 States.

The United States quickly requested permission from the Government of Canada, to build a supply route that would seemingly connect the Mainland 48 to Alaska by drivable road as the weather hazards made it difficult to fly very limited supplies into the bases of Alaska. With Canada’s consent the US army began construction on the road from Dawson’s Creek in Canada’s British Columbia as a continuation of a railroad supply line. The Alaska Highway was built for military supply runs to go deep into the Alaskan interior at Fairbanks and was finished November 20th of 1942.

This venture took more than 10,000 men from seven Regiments of the Army Engineers to complete in the eight-month time frame. Directly after its completion in November of 1942, Civilian contractors would continue to improve the road building 86 major water crossing bridges. The civilian contractor number bumped up the building force to over 20,000 men and more than 11,000 specialized vehicles and machines to widen and improve the road. Not only were the roads improved but the civilian and military builders improved more than eleven air bases in Canada and Alaska, to ensure supply flights always had a safe landing area. With fuel being another scarce resource, the highway project ended up building its own oil field, oil line and a refinery for the fuel to power all the equipment needed to build the road. The permanent road was finished by civilian contractors of the Utah Construction Company on October 13, 1943.

Because this road was completed so quickly, America was able to secure itself, though she never ended up fighting the Japanese on her own soil. However, many supplies needed were also built and shipped from Alaska to our Russian allies in order to fight off Hitler’s invasion of Eastern Europe and Russia through America’s own lend lease program. The Alaska Highway and the Airbases housing many vehicles, aircraft and material goods for our allies helped secure US Northern borders and interests in the Pacific. The Alaskan Highway was opened to the public in 1948.