Statue of Chief Washokie at the Battle of Two Hearts Sculpture, University of Wyoming

This monument depicts Shoshone leader Washokie following his victory at the Battle for Crowheart Butte in 1866. Washokie was a leader of the Eastern Shoshone throughout the 19th century and represented the tribe in several treaties. He also led the tribe in their conflict with the neighboring Crow regarding control of hunting lands in the fall of 1866. With winter approaching in the Wind River Valley, both tribes needed access to the game in and around the area of Crowheart Butte. A five-day battle between the tribes resulted in the many deaths of warriors from both tribes and it was clear that neither side would prevail without substantial losses. To end this conflict without losing more warriors, the chiefs of both tribes agreed to settle the dispute by having a duel between their leaders. Chief Washakie led the Shoshone and Bannock tribes while Chief Big Robber led the Crow in the duel. Chief Washakie won the fight and paraded his enemies heart on a spear to confirm his accomplishment- a scene depicted by this monument located next to the dining facility at the University of Wyoming. The statue was funded by $150,000 from the state of Wyoming and is .

The monument on the University of Wyoming campus depicts Chief Washokie after his victory at the Battle of Crowheart Butte. Artist Dave McGary titled his work the "Battle of Two Hearts." 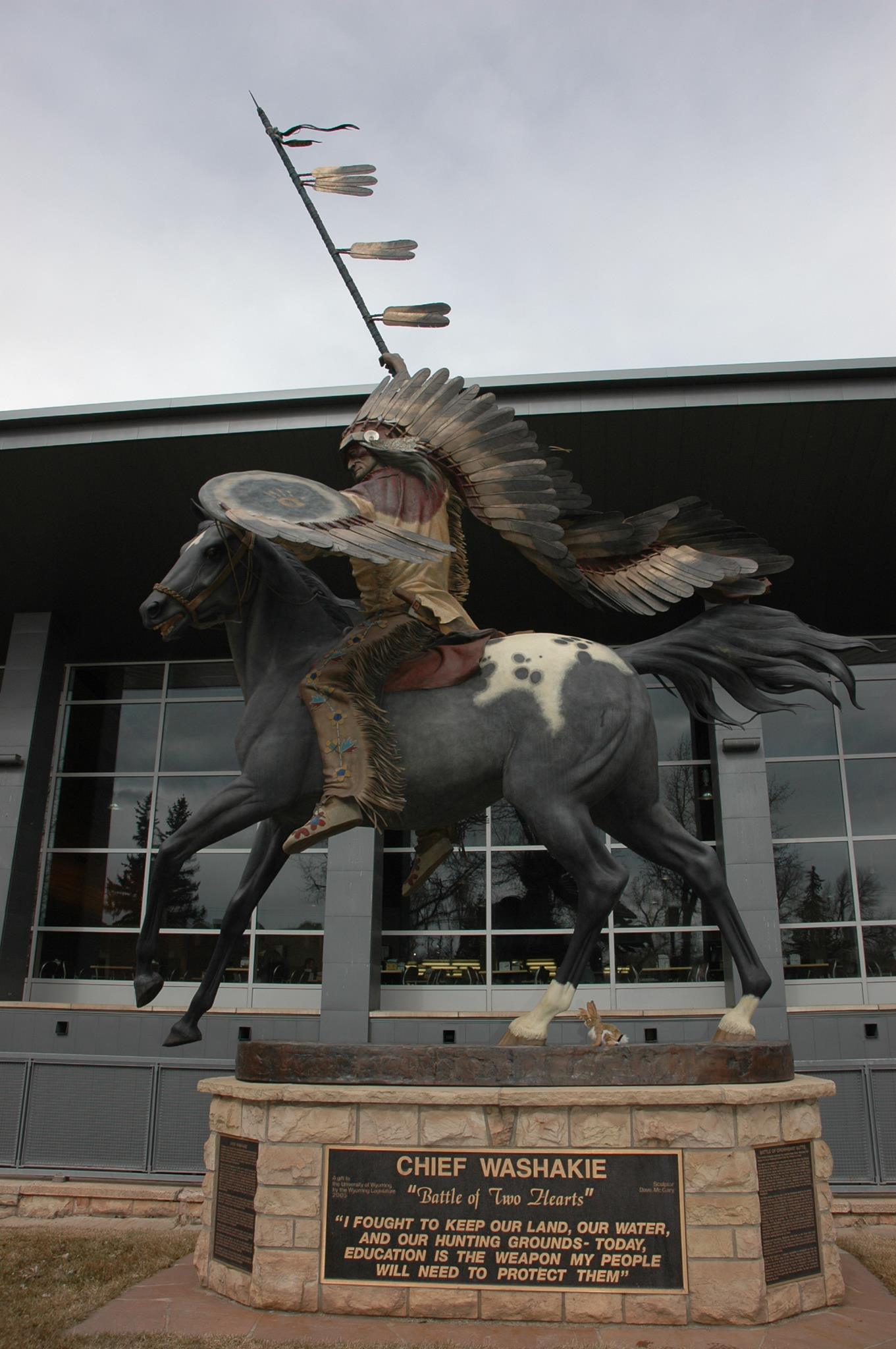 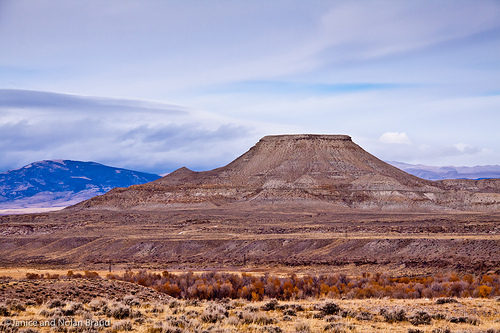 The Crowheart Butte shoots towards the sky in the plains of the Wind River Basin in Wyoming, making it visible for miles in every direction. The unique and distinct formation is made by a combination of clay and sandstone. The mesa formed between 33 and 56 million years ago. This feature would later become the location of the Battle of Crowheart Butte.

The Wind River Valley was one of the last areas producing quantities of game to be hunted. The increasing scarcity of animals and the approaching winter, tribes were forced to consolidate near what is now known as Crowheart Butte. The dispute erupted when the tribes of the Shoshone/Bannocks and the Crows, both made claims to the hunting grounds. The 1851 Fort Laramie Treaty gave the land to the Crow Indians. Twelve years later, the Fort Bridger Treaty granted the land to the Shoshone and Bannocks.

Chief Washakie of the Shoshone sent his best warrior and the warrior's wife to ask Crow Chief Big Robber to leave their land and to move east. Chief Big Robber responded by killing the warrior and sending the warrior's wife back to the Shoshone to relay what happened. Washakie quickly gathered a war party of men from the Shoshone and the Bannock and rode to the Crows seeking revenge. The battle ensued and lasted about a week without any resolution. Noticing that both sides had endured many casualties, Washakie proposed that the two chiefs would fight to the death for the land. Both tribes agreed to respect the outcome and the losing tribe would leave the hunting grounds for good. The exact location of the duel is not documented, but memories passed down through the ages suggest that the fight happened on the top of the butte. Both chiefs were riding their horses and taunting the other before the fight. Washakie allegedly taunted his rival by promising to cut out his heart after defeating him.

The duel ended when Washakie cut out the heart of Chief Big Robber and placed it on his spear. He kept the heart on his spear throughout the Shoshone victory dance which occurred that night. The Crows respected the decision and the result of the duel ended the violence. The name Crowheart Butte came from the story of Washakie removing the heart of the Crow Chief during the battle. The butte is now considered sacred grounds and is illegal for any non-Native American to climb to the top. The butte is used for spiritual ceremonies for the Shoshone people.