The Topaz Museum archives and exhibits the history of the Central Utah Relocation Center, a War Relocation Authority prison camp known as Topaz, where Americans of Japanese ancestry were confined. Topaz was located 16 miles northwest of Delta in central Utah, on the lip of the Great Basin. The prison camp operated from 1942 to 1945. 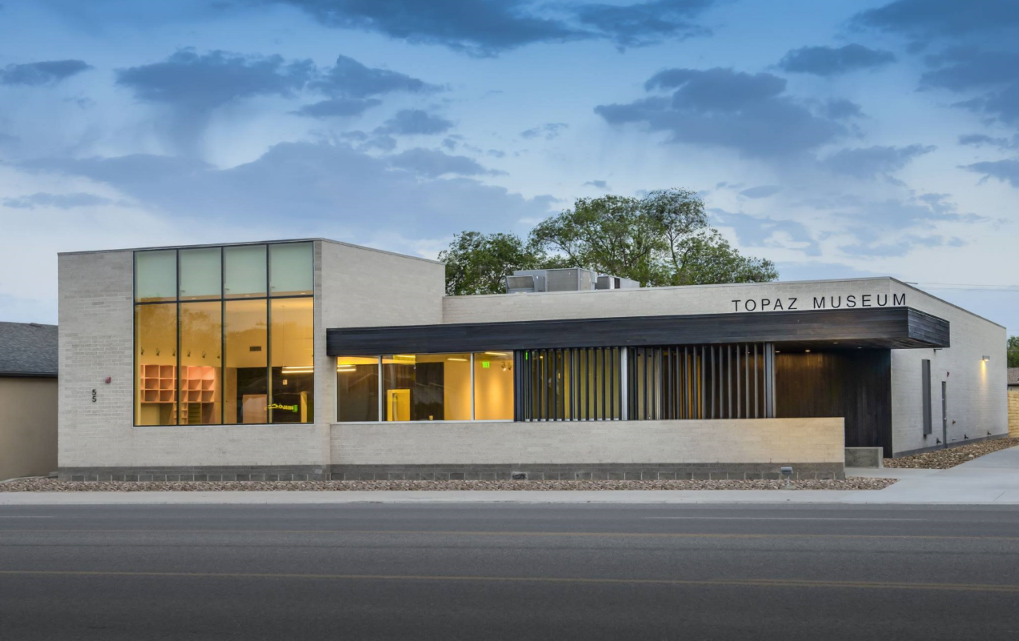 A poem by Toyo Suyemoto in the December 1942 issue of Trek, a newsletter published by the inmates in Topaz. 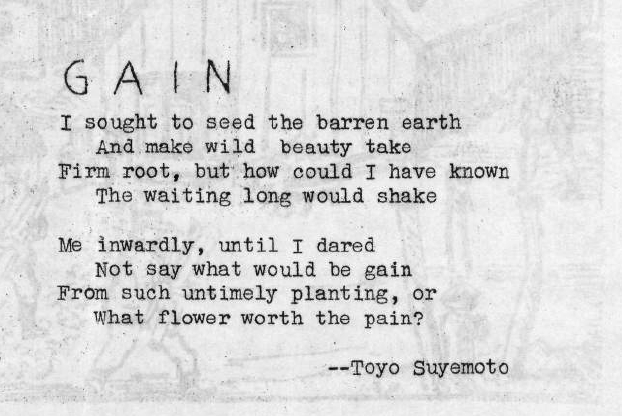 The Central Utah Relocation Center, or Topaz, in Utah was one of ten major prison camps administered by the War Relocation Authority to confine Japanese Americans who were forcibly removed from the West Coast during World War II. Topaz was designated a National Historic Landmark in 2007.

One of the smaller camps, the name of the camp was changed to Topaz, after Topaz Mountain, nine miles away. Topaz was located sixteen miles northwest of the Union Pacific rail head town of Delta and 125 miles southwest of Salt Lake City.

The first prisoners arrived at Topaz on September 11, 1942. A total of 11,212 people were incarcerated at Topaz; nearly all of the prisoners were from the San Francisco Bay and surrounding areas in California. During the three years of the camp's existence, the prisoner population at Topaz represented the fifth largest city in Utah. Topaz closed on October 31, 1945.

The Topaz Museum, a non-profit, volunteer organization, owns 634 acres of the Topaz site, which was one square mile. The camp begins at 10000 West 4500 North, outside of Delta, Utah.

Topaz had an active community of writers and artists, led by Chiura Obata, an instructor of art at the University of California at Berkeley. An art school was organized at Topaz with over 600 students and classes on graphic arts, anatomy, oil painting, and drafting. Obata emphasized the importance of art, saying, "We will survive if we forget the sands at our feet and look to the mountains for inspiration."

The Topaz Museum Board of Directors' mission statement is "To preserve the Topaz site and its World War II history; to interpret the impact of Topaz on the detainees, their families, and the people of Millard County; and to educate the public in order to prevent a recurrence or a similar denial of American civil rights." The Museum provides resources for those researching the names of those incarcerated at Topaz and exhibits a 20' by 20' barrack room, an art gallery, displays about camp life, a model of the camp, and text about the Constitutional issues of internment.

There is no admission fee for the Museum, but donations are encouraged.

The Central Utah Relocation Center, known as Topaz, was a War Relocation Authority prison camp where Americans of Japanese descent were confined during World War II. The Topaz Museum in Delta exhibits the history, art and artifacts of Topaz. Visitors may visit the Museum and drive to the location of the former Topaz prison camp.