Located in the John Wesley Powell Memorial Plaza, the John Wesley Powell Memorial is dedicated to the one time Jackson resident and geologist. The building contains artifacts pertaining to Powell, who was the first American to navigate the length of the Colorado River and explore the Grand Canyon in 1869. Powell moved with his family from New York to Jackson in 1838 when he was four years old and lived in Jackson until 1846. As a child, Powell was tutored by Jackson resident George Crookham, a salt boiler, educator, and abolitionist. Later in life, Powell remembered to credit Crookham as the person that inspired his interest in geology. 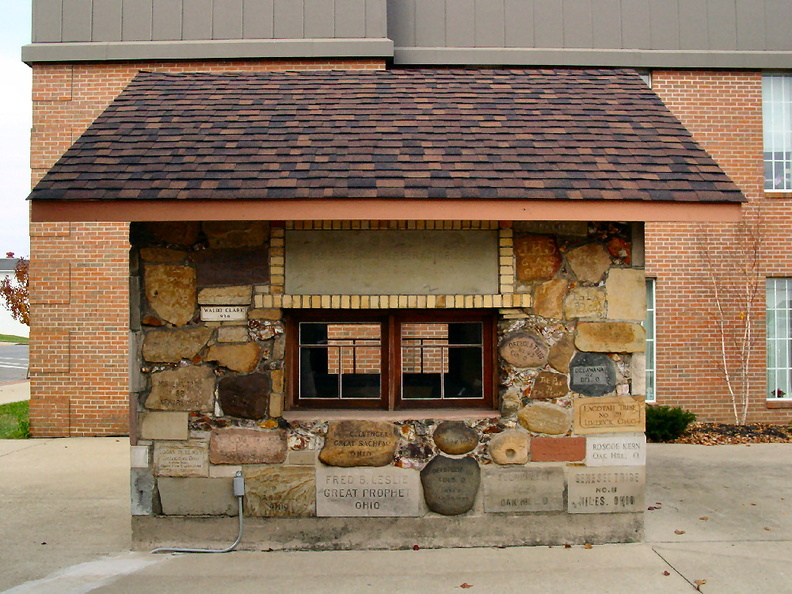 John Wesley Powell was born in 1834 and moved to Jackson, Ohio in 1838 from New York. Powell's family was politically liberal, and he was bullied by his peers because of it. The Powells decided that it was best to get a private tutor for John and found one in John Crookham. Crookham was a salt boiler, educator, geologist, local historian, and abolitionist. One of Crookham's primary interests was the discovery of the region's pre-settlement history. To that end, he collected Native American and pre-historic artifacts and wrote a book on the history of the region. Many of the artifacts that Crookham collected were lost in a fire when a group of local Jacksonians burned Crookham's home for his abolitionism (many of the people of Jackson were originally from Virginia, a slave state). Crookham's tutelage of the young John Wesley Powell inspired his interest in geology, although his family left Jackson in 1846.

After the outbreak of the Civil War, John joined the Union Army and held the rank of Lieutenant in the 20th Illinois Infantry. In 1862 he fought along with Generals Grant and Sherman at the battle of Shiloh where he lost his right arm. In 1869 he led a nine-man expedition on the first full-length exploration of the Colorado River, including exploration of the Grand Canyon. In 1871 Powell led another expedition that again led him to the Grand Canyon. Powell was a professor of geology at Illinois Wesleyan University and helped to found the U.S. Geological Survey. He was the organization's director from 1881 to 1894.