Union Station, the third most-visited tourist destination in the world, services more than 37 million passengers, tourists, and shoppers each year. Designed by famed architectural planner Daniel Burnham, Union Station was created to provide a centralized location for trains running into the nation's capital. The rapid growth of the city necessitated renovation to the building, creating more restaurants, shops, and services. Today, Union Station is also a major connecting hub for Amtrak, MARC, Greyhound, and the DC Metro. 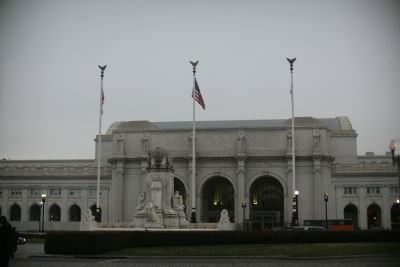 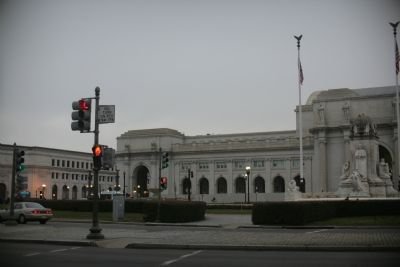 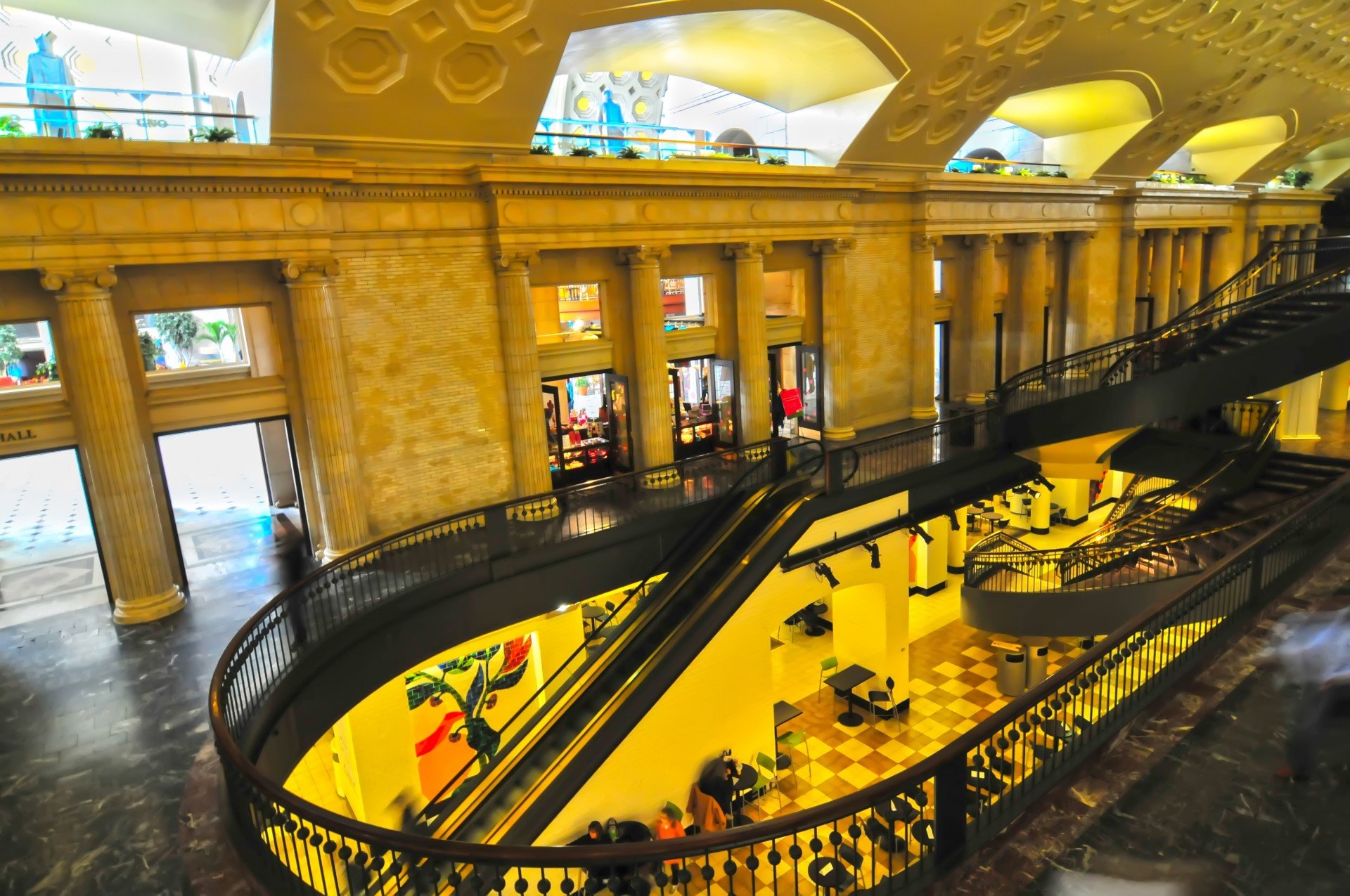 Pierre Charles L’Enfant created the urban plan to develop Washington, DC in 1791. A century later, in 1901, Senator James McMillan led efforts to centralize existing railroads through DC into one terminal site through which the two major railroads, the Pennsylvania and the Baltimore and Ohio, were serviced. Congress approved a site on Massachusetts Avenue in 1903, declaring that this station “forms the grand gateway to the capital . . . the importance of this station is greater than that of any other one in any city in the world.” Daniel Burnham, an architect who directed construction of the 1893 Columbia Exposition, was placed in charge of designing Union Station. Burnham focused on modeling his station after the grand architecture of Rome – the outside after the Arch of Constantine and the interior after the baths of Diocletian.

Construction of Union Station took four and a half years and cost four million dollars for the building and nearly $21 million for additional construction, train line, and powering costs. Some of the prevailing architectural features include massive arches (including three arches in the central pavilion that are nearly fifty feet high and thirty feet wide), Ionic columns, allegorical statues (created by Louis Saint-Gaudens, the six figures in the central pavilion represent fire, electricity, freedom, imagination, agriculture, and mechanics), arched windows, and a glass roof over the ticket lobby to provide light for those in the waiting room.

The station was to be able to accommodate crowds of 100,000. Through the 1950s, the trains carried approximately 30,000 people in and out of Union Station each day; by the 1960s, that number dropped off substantially, threatening sale and demolition. The station was repurposed as a national visitor center in 1968. In 1983, the Union Station Redevelopment Corporation (USRC) helped spearhead a $160 million project to preserve the station’s historic and architectural significance. The renovation included building a mezzanine in the Concourse for shopping and food, a new Amtrak seating area, and restoration of lights, doors, and windows.

Today, Union Station is the main destination for visitors to DC; with more than 37 million passengers, tourists, and shoppers passing through it each year, it is the third most-visited tourist destination in the world. Several transportation services, including Amtrak, Greyhound, MARC, and the DC Metro, connect through the Union Station terminal.