The colony house at 5540 was originally owned and occupied by a Mrs. Delia Holden. The house was originally built in February of 1917. In 1917, Mrs. Holden paid $1,000 for the .56 acre lot and $10,000 for the construction of the house. Mrs. Holden owned the old Estrada tract which would become The Lakes, the present day housing development in this area. This property was the last owned by Pedro Estrada, the original owner of the Mexican Land grant known as Rancho Atascadero. During this time it was rare for single women to be able to afford houses at the time. The Decou family bought the home in the 50’s and have lived there ever sence. Jay Decou owned the now out of business Decou Lumber Company on the Corner of El Camino Real and La Linia Avenue. 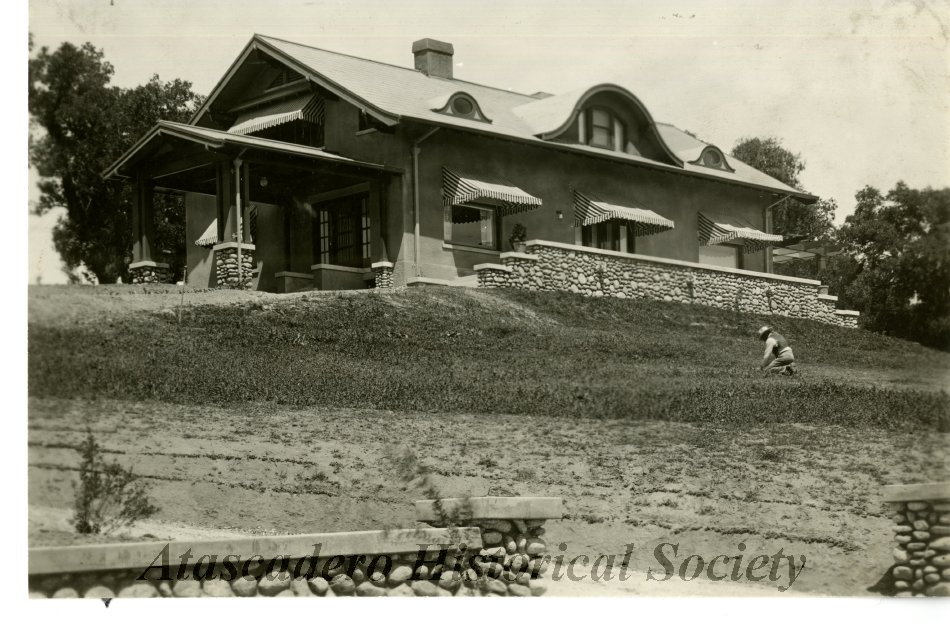 Allan, Lon W.. Atascadero: The vision of one -The work of many. Atascadero, CA. Mike Lucas.