The house at 6700 Atascadero Avenue was originally built in June of 1915 at the cost of $4,500. The Original owner was Marguerite A. Travis. Travis had moved herself and her son to Atascadero from back east. Her five year old son, Ferdinand Travis, was the first child to be baptised in the newly founded Federated Church. He was baptised September 9, 1916. In the ceremony, a small loving cup was used which had been given to Ferdinand as a present by his father. Miss Travis had been widowed when her husband, a minister, perished in a boating accident on his way to New York to attend the opening of a new church. This is why Miss Travis moved herself and her son to Atascadero. Travis wrote the book "The Birth of Atascadero" in the 1950s describing the early creation of the Colony. Ownership of a house by a single woman was very rare in the colony and only a handful of of single women were able to accomplish this. 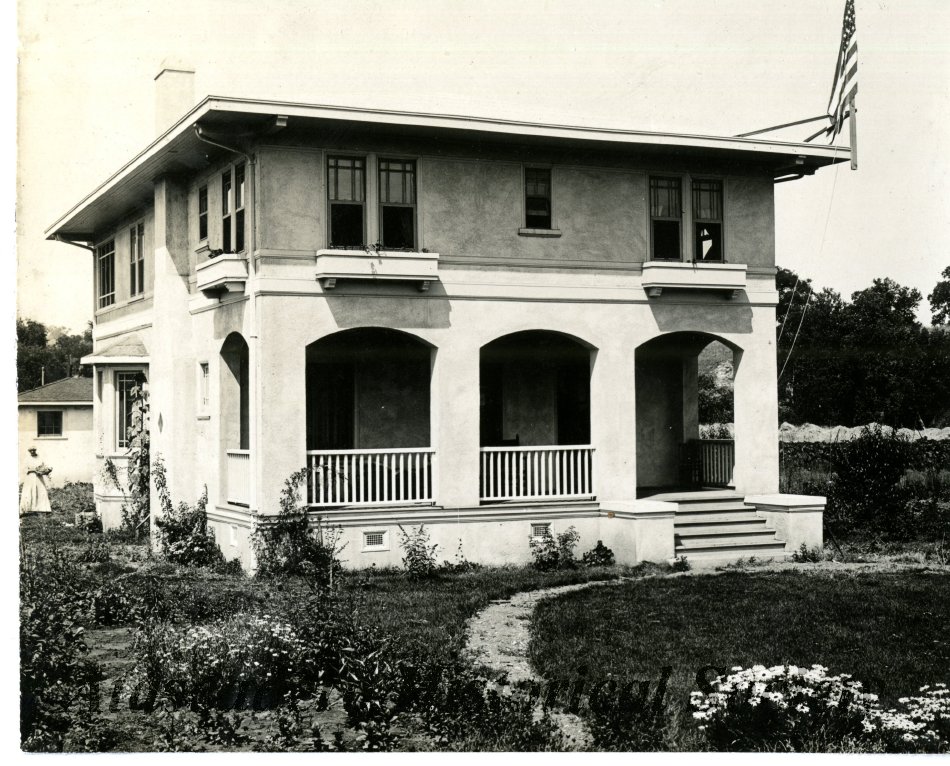 Allan, Lon W.. Atascadero: The vision of one -The work of many. Atascadero, CA. Mike Lucas.
Atascadero Historical Society Database