Now home to the Athens Police Department, the Costa Ice Cream Building was constructed in the early twentieth century by Joseph Costa and family. The Costa family constructed this impressive structure as their factory and headquarters after the rise in popularity of the family’s famous Costa ice cream which they began selling in 1908. The factory produced ice cream for nearly two decades and a visit to this or other retail outlets was a fond memory for Athens residents and students of the University of Georgia long after the factory closed in 1939. The Costa family was highly regarded in Athens and the southeast for their entrepreneurship, and their establishment was credited as “one of the largest and most up-to-date ice cream plants” in the region. By 1939, the Costa Ice Cream Building was closed, but the “magic” Dean William Tate speaks of when referring to the factory and its products lives on in the architectural evidence, photographs, and memories.

The facade of Costa's Ice Cream factory on East Washington Street with company cars, photo courtesy of "Growing up in Athens GA," Facebook. 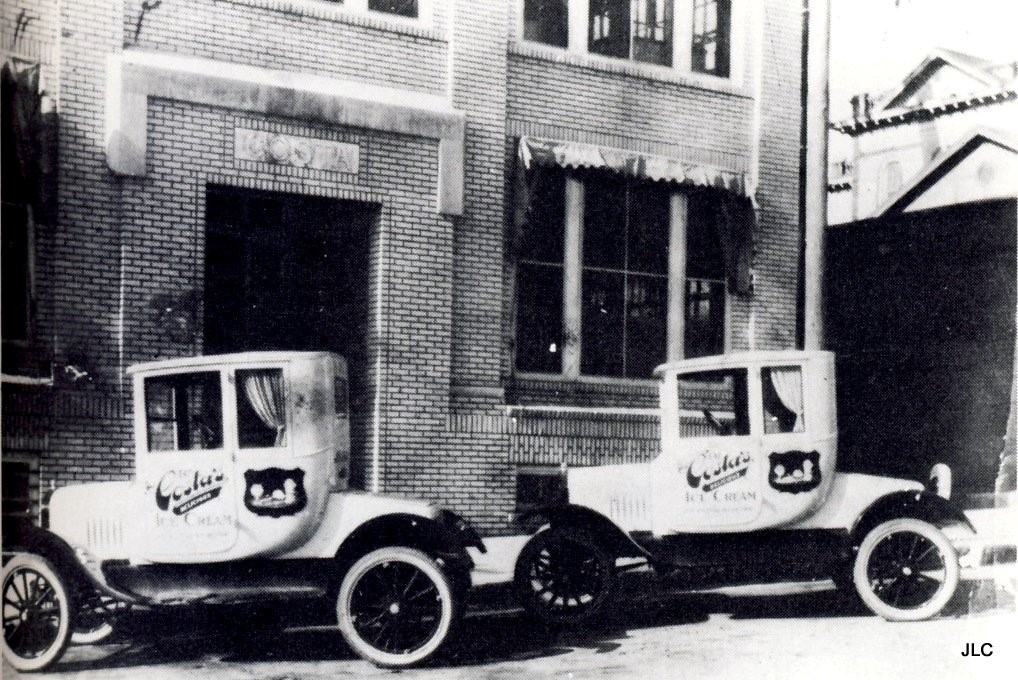 Photograph of Costa family at opening of their soda fountain in the Southern Mutual Building in 1908, photo courtesy of the "Vanishing Georgia" collection, Georgia Archives. 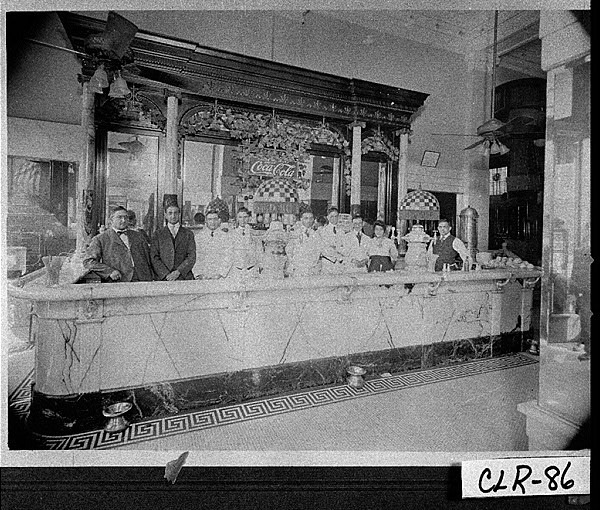 The Costa Ice Cream Building was constructed in the early twentieth century. The factory served to provide businesses with wholesale ice cream products, “carrying a moderate stock of crushed fruit, glasses, spoons, straws, malted milk and cocoa,” according to the 1922 issue of the Ice Cream Trade Journal. Prior to the construction of the Costa Ice Cream Building, the entrepreneurial family, led by Joseph Costa, opened the Costa Cafe, a small restaurant with a soda fountain. The included image depicts the Costa family at the 1908 opening of that restaurant which was located on the ground floor of the Southern Mutual Building, presently the Commerce Building, located at 220 College Avenue. According to the National Register Nomination of 1978 for the Athens Downtown Historic District, the ice cream parlor sold “soda fountain delights, candy, cigarettes, and athletic tickets” in addition to the then newly-patented Eskimo Pies, or ice cream sandwiches, for a mere ten cents. Newspaper advertisements included in the Athens Daily Herald described the soda fountain as “the finest ice cream parlor in the South,” and the parlor’s advertised slogan was “Just a little bit better.”

Following the success of the Costa Cafe, the family decided to expand. The yellow brick Costa Ice Cream Building was built to manufacture their ice cream. The facilities were described as “one of the largest and most up-to-date ice cream plants in the entire South” in the October 12, 1922 issue of the Athens Daily Herald. The ice cream was described as “deliciously different,” and the factory was highly regarded by food experts as “a marvel of sanitation and cleanliness.” Dean William Tate recalled, “Costa’s—that was a magic word with us students in the 1920s, and with the Athens people, too.” Joseph Costa was also involved with Budwine, the cherry-flavored soft drink founded in Athens, Georgia, and 3 Centa soft drinks. After the family's restaurant in the Southern Mutual Building closed, two family members opened a small restaurant on Broad Street across from Herty Drive. By 1939, Costa’s Ice Cream Building closed.

The Costa Ice Cream Building is now home to the Athens Police Department, one of many organizations that have called the building home over the past century. According to the popular Facebook page “Growing up in Athens GA,” there is recollection of the radio station WTFI of Toccoa Falls Institute broadcasting from the top floor of the Costa Ice Cream Building during the early twentieth century. Presently, the brick building, completed with pilasters and jack arches, houses a branch of the Athens Police Department. Although the signage and awnings have been removed, and the Costa Ice Cream company cars once parked outside have been replaced with police cars, the “magic” Dean William Tate speaks of when referring to the factory and its products lives on in the architectural evidence, photographs, and memories.