Tiger Stadium after renovations in 1977 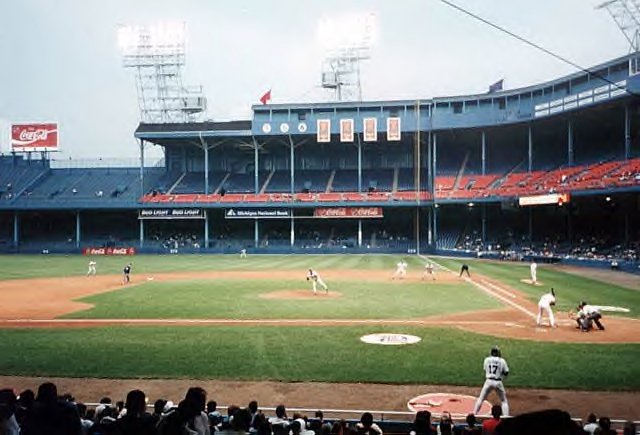 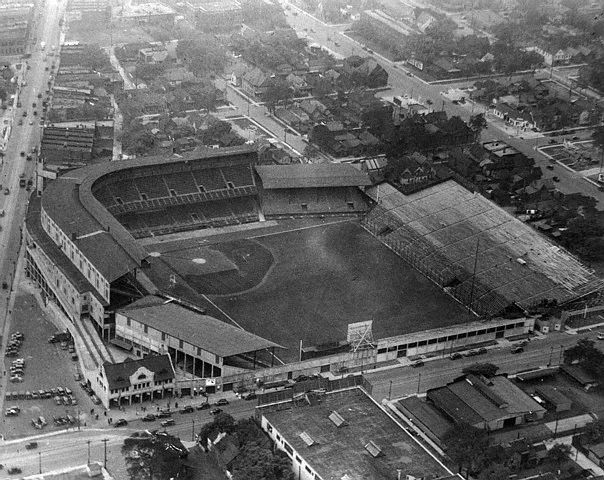 Tigers Stadium when Lions are playing 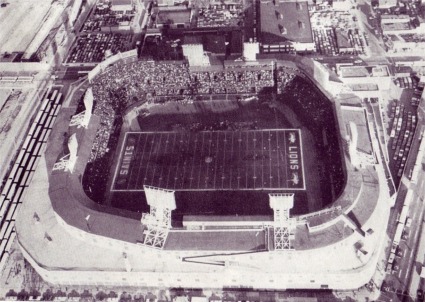 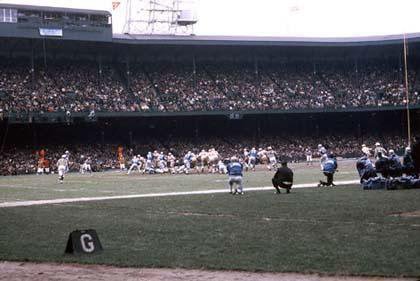 Old Tiger Stadium dates back to the creation of Bennett Park in 1896. A modest wood frame ballpark named in honor of Detroit catcher Charlie Bennett, the park was the creation of team owner Arthur Van Der Beck and held 5,000 fans in the grandstand. The park expanded to hold 10,000 fans in 1908 by adding more bleachers. That wooden stadium was replaced in 1912 with a brick grandstand and bleachers that could accommodate 28,000. The newly constructed ballpark was known as Navin Field from 1912 to 1937 and Briggs Stadium from 1938 to 1960. The stadium expanded during these years and was known as Tigers Stadium from 1961 to its final season in 1999 when the stadium held over 54,000 fans.

In 1938, after their tenure at University of Detroit Stadium, the Detroit Lions decided to take their talents to Tigers Stadium for over 36 years. During their time in Tigers Stadium, the Lions clearly had their most success in the stadium. The Lions success peaked in the early to late 1950s. Led offensively by Bobby Layne and defensively by linebacker Joe Schmidt, the Lions would end up winning three NFL championships in 1952, 1953 and 1957 with a 1954 championship appearance respectively. To this day 1957 stands as the most recent championship for the franchise.

Lions eventually decided their want for a new stadium of their own made them move to the Pontiac Silverdome in 1975. The Lions' last game at Tigers Stadium happened in 1974 on Thanksgiving with a crowd of over 51,000 as well as a view count of over 35 million on television. The want for players to reach the playoffs overtook the hype of the final game at Tigers Stadium. The Lions ended up losing the game at the hands of Denver Broncos with a final score of 31-27.

In 1972, fans became outraged when the then owner, John Fetzer, announced he was planning on building a new multipurpose stadium. Detroit citizens rejected the bond to construct a new stadium on the Detroit River. The stadium hosted many other events such as the Detroit Lions, boxing matches, concerts, and many more. In 1977, a fire broke out destroying the press box. The city of Detroit decided to buy the stadium for $1 and underwent a major facelift. For $18.5 million, the original green seats were replaced with orange and blue seats, an updated scoreboard replaced the hand operated one, a new press box with two new luxury suites was added, and concessions and bathrooms were updated.

Tiger Stadium hosted its last game September 27, 1999 and the team opened the next season at the new Comerica Park. Despite efforts to save the former park, the city demolished the stadium in 2008. The original field and a flagpole in center field remains. For decades the site stood empty. In 2016, the Detroit Police Athletic League acquired the area and built a new ballpark on the site of Tiger Stadium. The new youth complex houses a 8,500 square foot building, a baseball field that sits directly on top of where the field stood, and the flag pole out by centerfield.

“Tiger Stadium - History, Photos & More of the Former NFL Stadium of the Detroit Lions.” Stadiums of Pro Football - Your Ticket to Every NFL Football Stadium, www.stadiumsofprofootball.com/stadiums/tiger-stadium/.