The stadium was completed in 1927 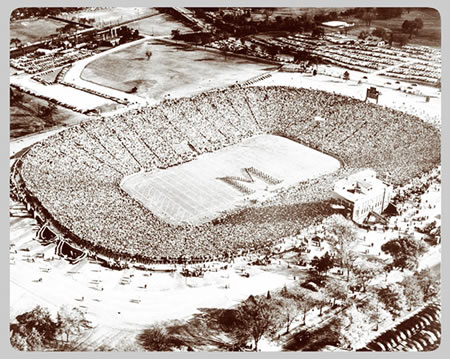 The stadium remains the largest in the nation and has held over 115,000 fans for games. 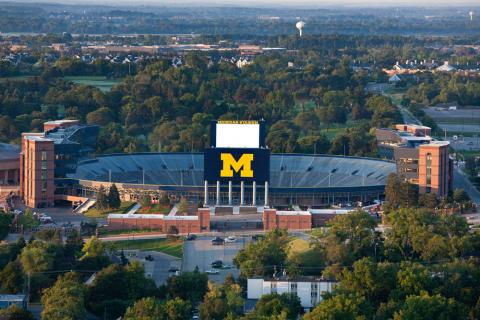 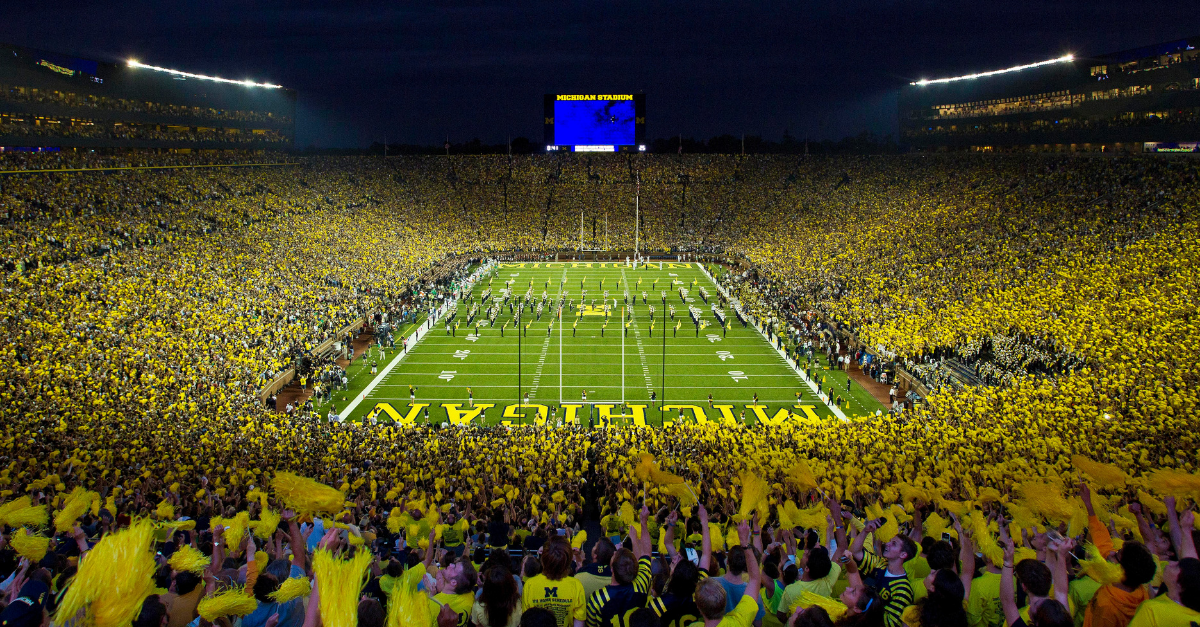 The University of Michigan's football stadium, known colloquially as "The Big House," was the vision of coach Fielding Yost. Construction of the stadium began in the early 1920s and despite a $950,000 price tag and plan to accommodate 72,000 fans, these plans were deemed too modest and the capacity was increased throughout the years. In 1998, 5,000 seats where added bringing the capacity to 107,501.

In May 2006, the Michigan Board of Regents voted to construct new luxury boxes and renovate Michigan Stadium. This $226 million renovation project was completed by the 2010 season and includes 83 suites, 3,200 club seats, widens seats and isles increasing the seating capacity to 109,901. Before the start of the 2011 season a new 47 feet tall by 85 feet wide HD video/scoreboard was installed at the stadium.

"The Big House" held its first game on October 1, 1927 against Ohio Wesleyan. Michigan own that game by the score of 33-0 and the official dedication ceremony for the massive stadium was held three weeks later when the home team defeated arch-rival Ohio State.