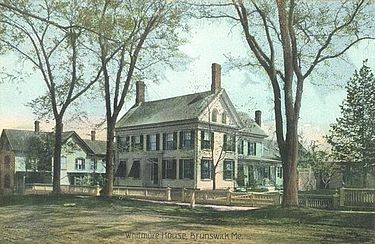 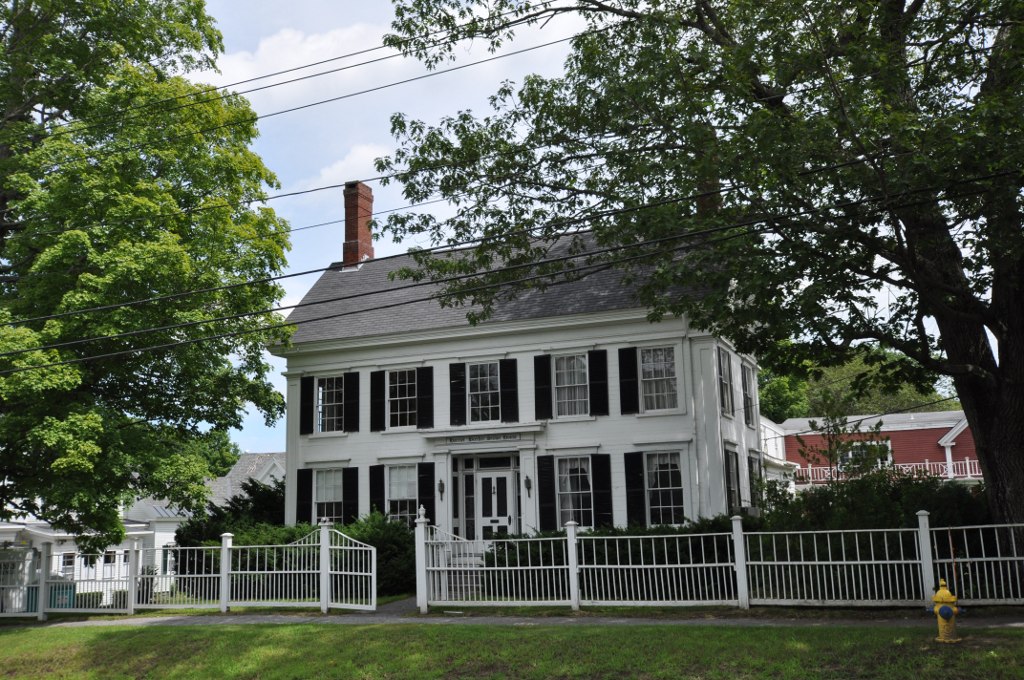 The home was built in 1806 and was originally known as the Stonemore House. Henry Wadsworth Longfellow and his brother Stephen Longfellow temporarily rented rooms here while students at nearby Bowdoin College before moving into what is now Maine Hall by the fall of 1823.
When Calvin Ellis Stowe was hired as a professor by Bowdoin College in 1850, he and his family rented this home. His wife Harriet Beecher Stowe was sent ahead to prepare the housekeeping while he completed teaching the fall 1850 semester at Lane Theological Seminary in Cincinnati. Mrs. Stowe, six months pregnant at the time, set out in April 1850 with the couple's three oldest children and her aunt Esther. The family arrived in Brunswick on Wednesday, May 22, amid a storm. The house had already been partially prepared for them by the wife of Professor Thomas Cogswell Upham. As Mrs. Stowe wrote to her brother Calvin Ellis Stowe a week later, "Mrs. Upham has done everything for me, giving up time and strength and taking charge of my affairs in a way without which we could not have got along at all in a strange place and in my present helpless condition." She missed her husband, however, and wrote to him in November, "I am lonesome nights in this rattletrap house where every wind shakes out as many noises as there are ghosts in Hades—screeching snapping cracking groaning."
Meanwhile, her husband in Ohio was ill. As Mrs. Stowe reported to her sister, he claimed he was sick "& all but dead" and worried what would happen to his wife if she were left a widow. "I read the letter and poke it into the stove, and proceed", she wrote. Their son Charley Stowe, the last of their children, was born in this house on July 8, 1850. The birth came while she was writing but, as she recalled in a letter, she was "obliged to give previous attention to some other affairs—about noon the household were thrown into commotion by the arrival of a young stranger in these parts—said to be a great beauty—to have excellent lungs & to look just like his pa, three very important items in his collection."
At some point, the home was altered and became a restaurant and hotel, with the front desk and a gift shop on the first floor with private rooms on the second floor. The house was designated a National Historic Landmark in 1962 and added to the National Register of Historic Places in 1966.

The house is not presently open to the public.