Saint Augustine – Our Lady of Victory Roman Catholic Church is one of the key members of South Bronx Churches. South Bronx Churches (SBC) was founded in 1987 by numerous organizations rooted in the Bronx’s religious institutions. The congregations that comprise the organization reflect the diversity and array of faiths that have sprouted and maintained themselves throughout the borough’s different eras. This faith-based approach enables the organization to create an overarching sense of hope that, in turn, lays the foundation towards progress and social change. In addition to the numerous congregations of faith that are involved with the organization, it also includes a variety of local institutions, such as non-profits and facilities of learning. The conception for this organization to rise to prominence was due to the realities of dealing with the aftermath of New York City's late-1970s fiscal crisis. As the Bronx was passed through its "Bronx is burning" phase, it was left with to deal with the resulting ashes. The 1980s also brought new issues to the forefront of society (the AIDS, crack, and heroin epidemics). All of these pressures necessitated the creation of an organization that aimed to maintain faith and resilience in the community.

Saint Augustine in a 1909 colorized photo, then known as Saint Augustus Church. This is the church on 1180 Fulton Avenue, built in 1894. (Image from the Saint Augustine – Our Lady of Victory website) 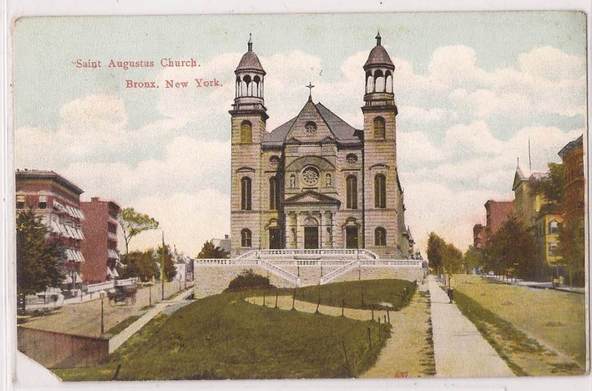 The Our Lady of Victory Church building on 1512 Webster Avenue, circa 1880s. (Image from the NYPL online archive) 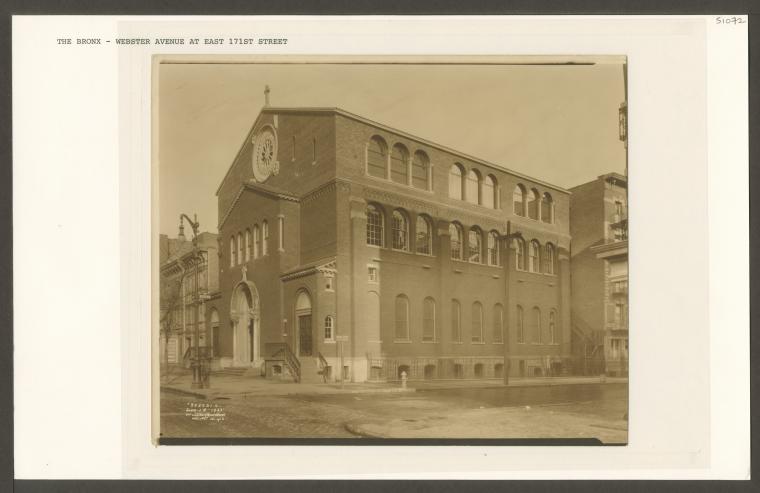 A more recent of Saint Augustine Church, pre-demolition, circa 2010s. (Image from the BronxCatholic blog) 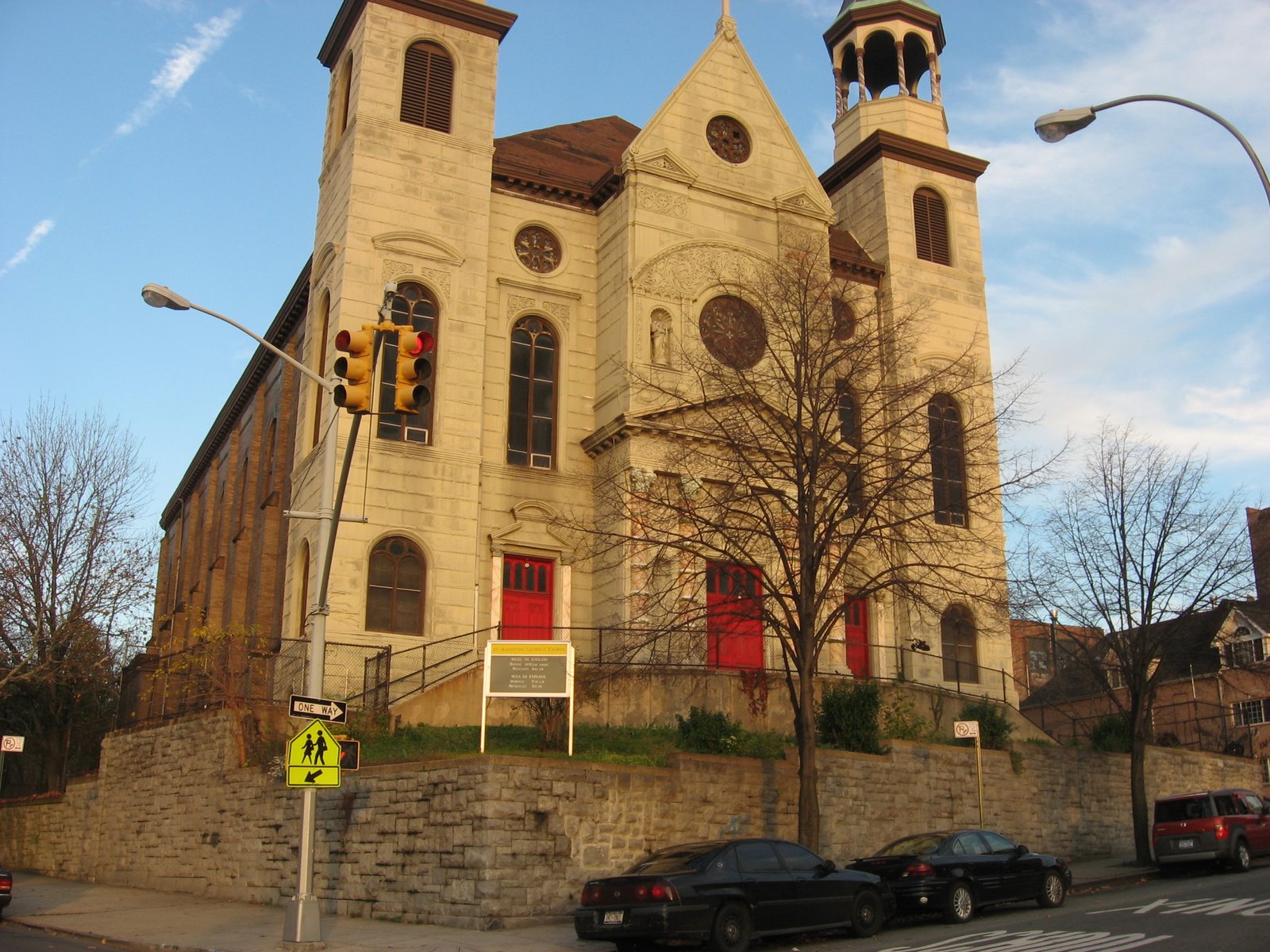 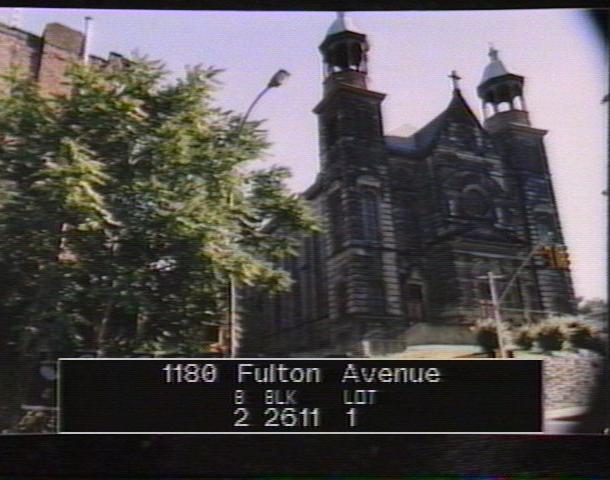 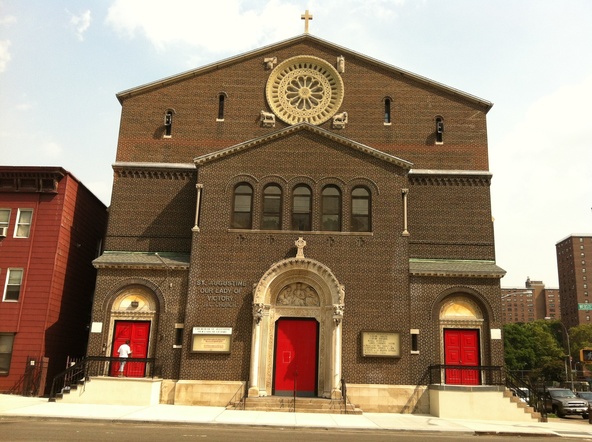 Saint Augustine has its roots on Boston Road, where German and Irish immigrants held the first mass ever in the Bronx in 1849. The following year, the Catholics of Morrisania purchased an acre of land on Franklin Avenue and Jefferson Street for three hundred dollars, where the congregation built a small wooden church. This church would soon be replaced by a brick structure that was completed in1858 and dedicated in 1860. This new church would see decades of use and changes in pastors until a fire ravaged it on April 8, 1894, which forced the congregation to find a new home. Within months of the fire, they acquired property on 167th Street and Franklin Avenue for $25,000. Its address was 1183 Franklin Avenue. The construction of a parochial school to accompany the church occurred in 1904, which was completed in 1906. The church, in conjunction with the schools they built, provided many services for the Morrisania community.

Following the first World War, the numbers of attendees skyrocketed due to a spike in migration to the Bronx from the other boroughs. While this helped the church prosper, it also came with some hardships, mainly overcrowding. This prompted the repurposing of the previously established Sister’s Convent and Brother’s House for a school. In addition, due to the constant use of these facilities (education, religious, and otherwise), the buildings associated with the church were beginning to show their age. Not discouraged but aware of the task that lay ahead, Father McCabe, the head pastor of the church, did not yield. He initiated a program of rehabilitating the church facilities until his untimely death in 1943.

After the ravages of World War II, young people started to leave the Bronx as new opportunities arose elsewhere.  The congregation at Saint Augustine started to shrink, but was bolstered as African Americans relocated to the Bronx soon after. Around this time, the buildings were extensively renovated, although the interiors were never completed.

In the 1960s, the church's pastor Father Kane continued to spearhead the flourishing of the church with the cooperation of the ethnic groups of the parish. However, he died in 1969, and was soon replaced by Father John Fleming, who also was behind the repurposing of one of the school's empty auditoriums into a "Learning Center," which included upgraded amenities, such as a library, mini theater, a stage, and a table area to be used for the arts. All of this occurred in 1970. Fleming also oversaw a series of renovations in 1973, which were completed in the following year. But to the dismay of the parish, Father John Fleming also passed due to an illness, and since then, there has been revolving leadership. Still, the church and its congregation remained strong and hopeful.

Unfortunately, Saint Augustine struggled to recruit and maintain its following in the community it serves. In 2009, the Archdiocese closed Franklin Avenue church; it was demolished in 2013. Henceforth, the congregation moved to its new home at the Our Lady of Victory on 1512 Webster Avenue. The lot on which the church stood will now be the site of apartment building with affordable housing units, ultimately keeping maintaining its legacy of providing for its community.