This historic commercial district lies between 1st Avenue, 4th Avenue, Evergreen Street, and Lost Street. Durant was established in the 1870s, but its original wooden frame buildings no longer survive. Today, you'll find dozens of historic buildings dating to the early 20th century, ranging from around 1901 to 1957. They are built in a variety of styles, from Classical Revival to Mission Revival to Art Deco.

A view of Main Street. 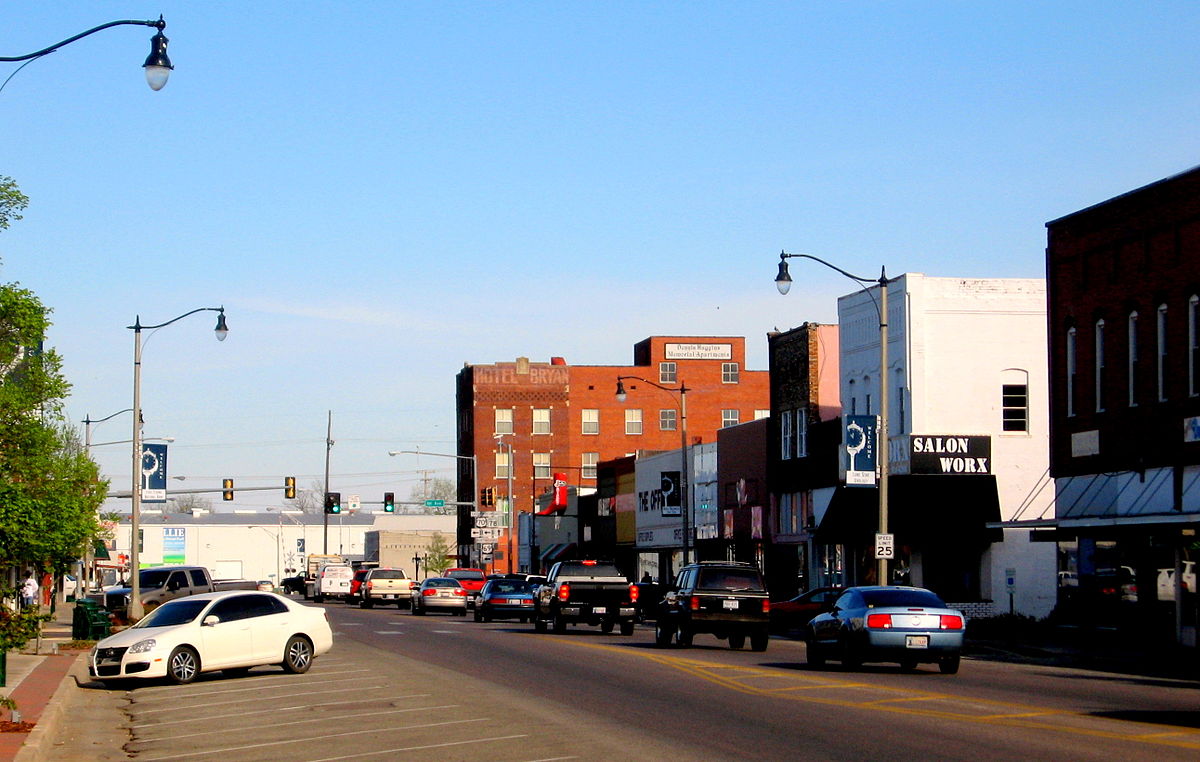 This downtown historic district is spread over roughly 10 blocks in Durant. Early settlers rapidly constructed wooden frame buildings during the 1870s. More permanent structures came later, the vast majority created between 1901 and 1957. Growth ebbed and flowed over the years, reaching a high point, for example, during the 1920s and waning after WWII. Durant's expansion and success is due to several factors: agriculture, location (close to transportation), status as the county seat, and its institutions of higher education.

Most of the 90+ historic structures you can see today are governmental and commercial buildings. Only one is religious in nature. Most of the buildings are flat-roofed, one-story, and made of brick. There is, however, some variety among the buildings, and a few are notable architectural outliers.

401 W. Main: Built c. 1924, this Mission Revival stucco building with Spanish tile accents and a porte-cochère was once a gas station.

For a more comprehensive list, see Kelli Gaston's write-up for the National Register (linked below).