Scout's Rest Ranch was the Nebraska home of William F. Cody (1846-1917), better known as "Buffalo Bill." Cody was one of the most famous figures in America during the 19th and early 20th centuries. He became a household name for his "Buffalo Bill's Wild West" show, which toured around the country and in Europe and played a large role in creating the legend of the American West. As for the ranch, he originally bought 160 acres in 1878 and eventually accumulated over 5,000 acres. The ranch includes the historic 1886 house, a large barn, and outbuildings. In his fields, Cody raised cattle and grew many different types of crops. The ranch reached its largest size in the 1880s before Cody started selling parcels to people moving into the area. Local farmers owned the land until the Nebraska Game and Parks Commission took control of the 25 acres that contain Cody's home and barn in 1964. The site, which is listed on the National Register of Historic Places, and surrounding property are now part of the Buffalo Bill Ranch State Historical Park.

The barn is two-stories tall. Inside, visitors will see memorabilia and artifacts of ranch life. 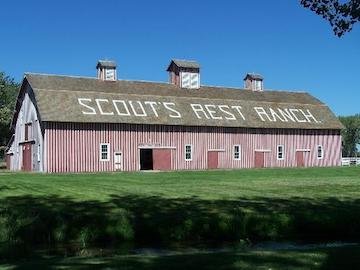 Aerial view of the current site 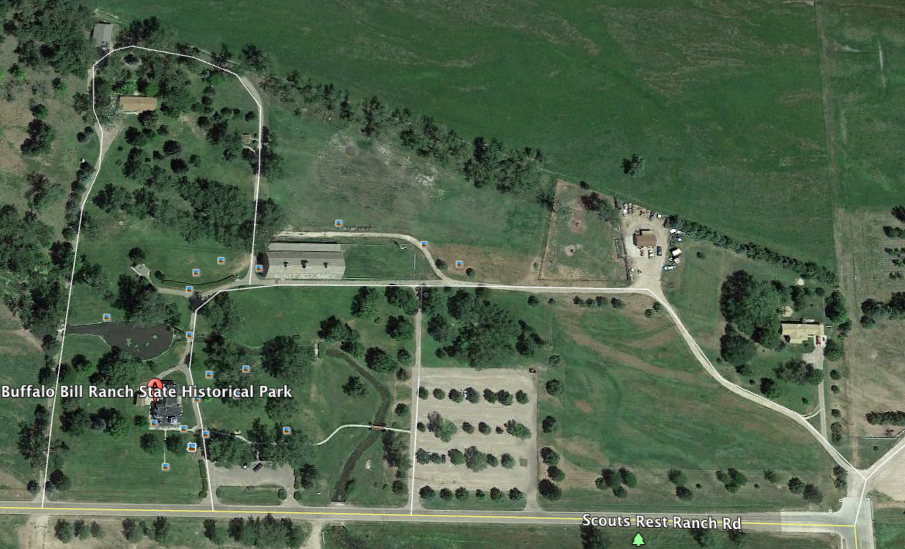 The historic ranch house is an excellent example of Second Empire architecture with Italianate and Eastlake features. 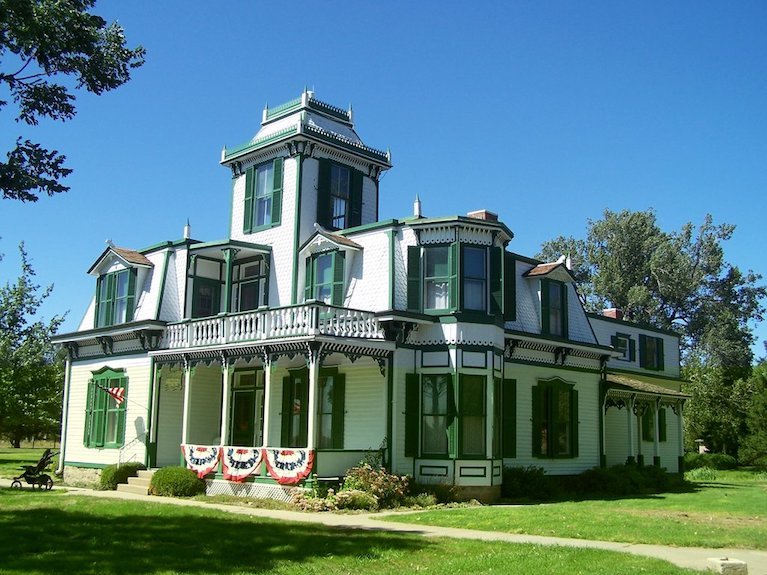 William F. Cody was born on February 26, 1846 in Iowa. To help support his family, he got a job working for the Pony Express, and later he served for the Union in the Civil War. After that, he became one of the most prominent figures that embodied the "Wild West" and all that it entailed. He traveled the country with his Wild West Show and would display his skills with his horses and guns.

The original 160 acres was purchased for a price of $750 and when the house was built it only cost a few thousand.[1] However, when the Game and Parks Commission bought it in 1964 they paid over $110,000 for only the 25 acres they have now.[2] In 1911, William Cody decided that the ranch had become too difficult to maintain, which is when he actually sold all of his land in Nebraska. He had much more land in Wyoming. When this sale occurred, he would have been selling thousands of acres and he received only $100,000 dollars for it, which would amount to $337,000 in 1964. This seems like he sold it for a very low price considering the Game and Parks Commission bought just 25 acres of the land for one third of the price he got for thousands of acres!

When the ranch was at its height of operation, there were over 5000 acres alone dedicated to the growing of corn and alfalfa.[3] Buffalo Bill worked with his neighbor to build an irrigation ditch that was over ten miles long to provide water to both of the farmers' crops. During this time he had more than 60 men working for him who would tend to the crops and cattle, as well as care for the dozens of horses it took to run the ranch.[4] It was during this time that he decided to paint "Scout's Rest Ranch" on top of his massive barn as this was the place that he and the workers would meet up at the end of the day. He intended to and did paint the words big enough that they could be seen from a Union Pacific rail yard over one mile away. This is still one of the most noticeable things on the ranch and is definitely the first thing a person sees when turning off the highway.

4. Don Russel, The Lives and Legends of Buffalo Bill(University of Oklahoma Press,1979),87

Russel, Don. The Lives and Legend of Buffalo Bill. University of Oklahoma Press, 1979.

Schindler, Harold. In Another Time. University Press of Colorado, 1998.