The Immaculate Conception Church is located at 389 East 150th Street in the neighborhood of Melrose in the Bronx. It was founded in 1853 following a wave of German Catholic immigration. Since the mid-19th century, Immaculate Conception has remained a church for immigrants and newcomers, serving as a home for a neighborhood that is frequently haven to the displaced. Melrose, originally a small farming village, has turned into a vibrant and busy downtown hub of culture, business, and activity. Census data indicates an increase in Hispanic and foreign-born populations within Melrose throughout the past twenty years. The character of the church has evolved in tandem with the demographic changes in Melrose through the increase in services delivered in Spanish and aid provided for immigrants. Through its support of congregation members, Immaculate Conception Church provides a steadfast sense of home and source of community in the Bronx.

Immaculate Conception Church, Photo From The Bronx, In Bits and Pieces, by Bill Twomey 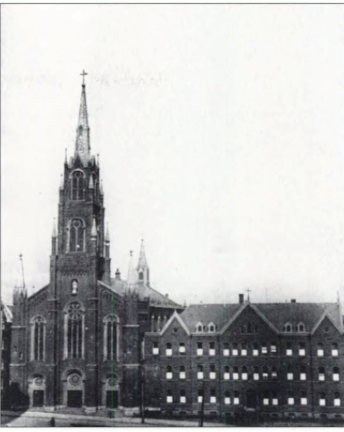 Organ in Immaculate Conception Church, Photo From The Bronx, In Bits and Pieces, by Bill Twomey 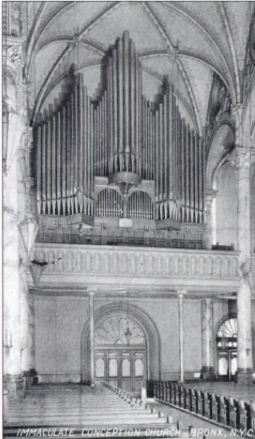 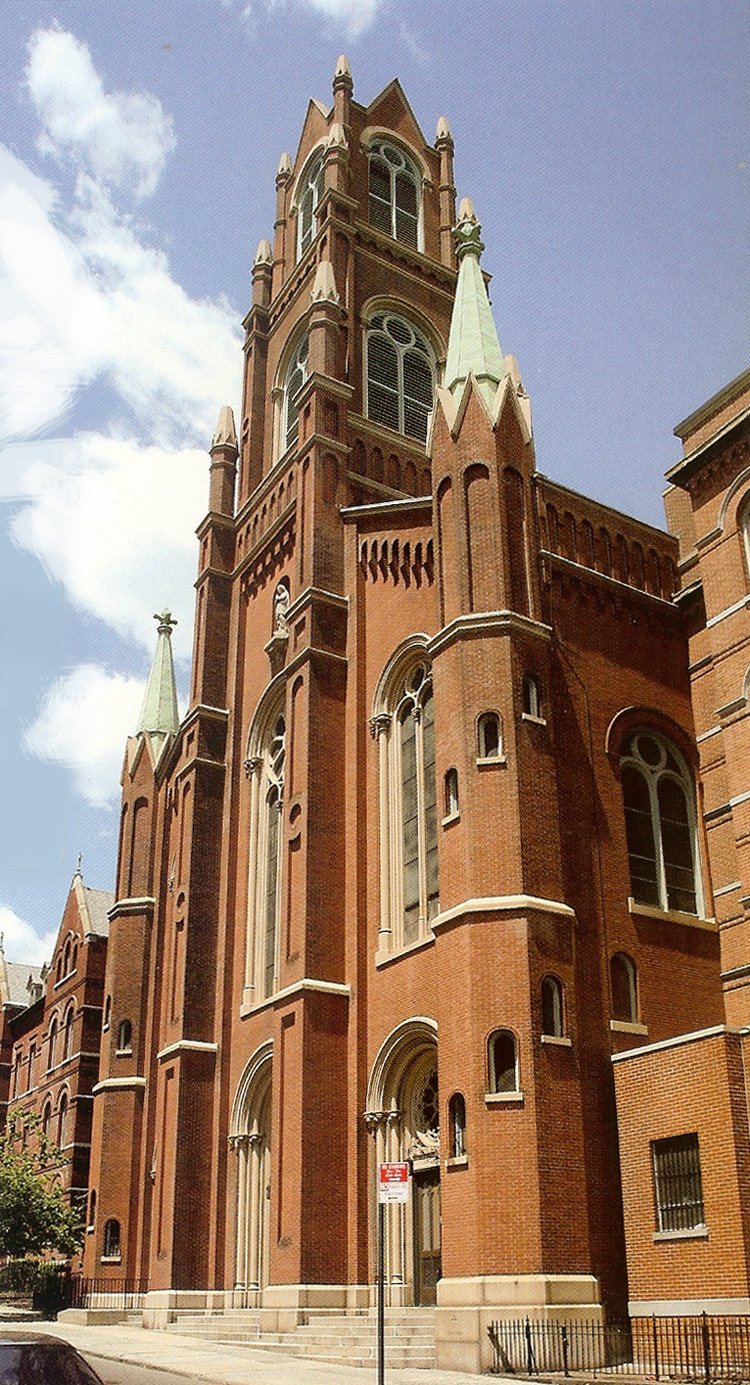 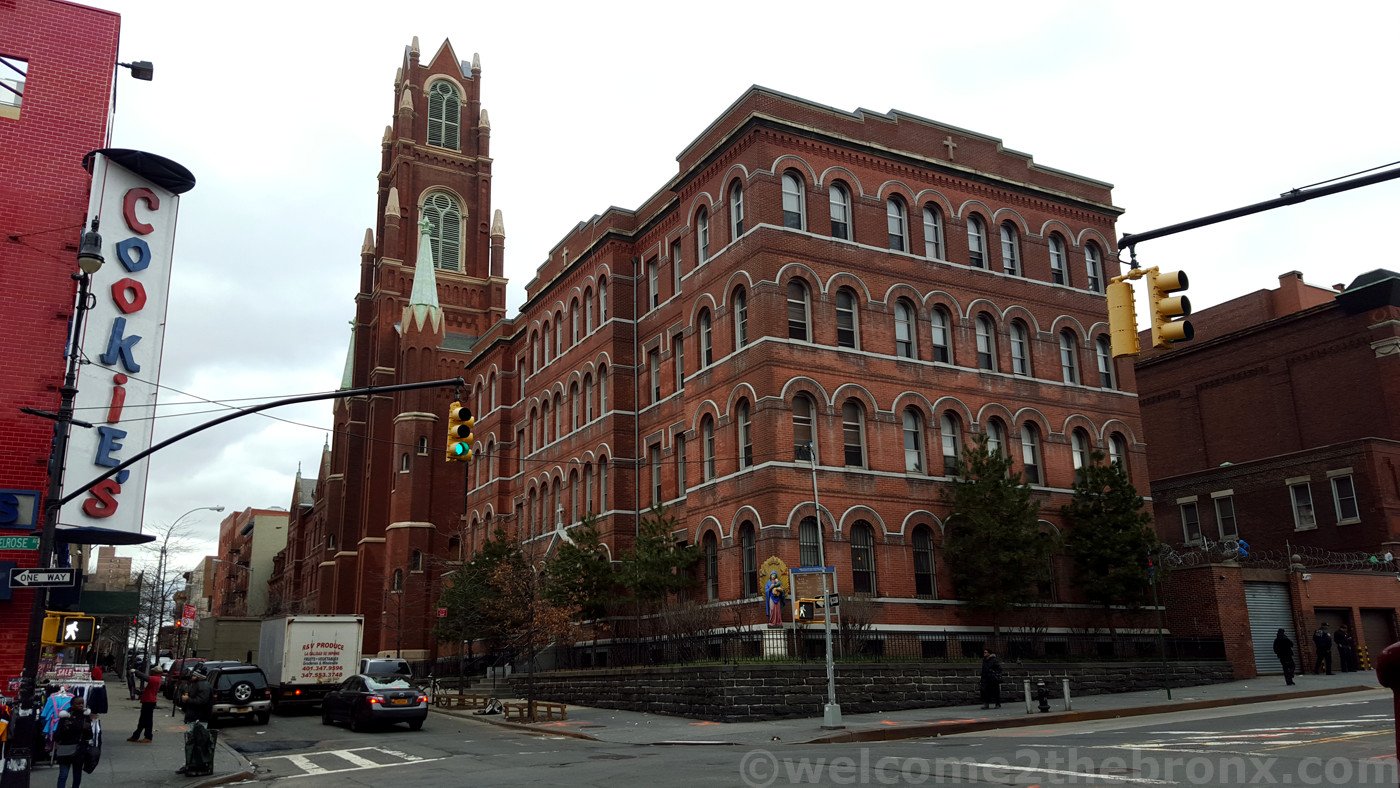 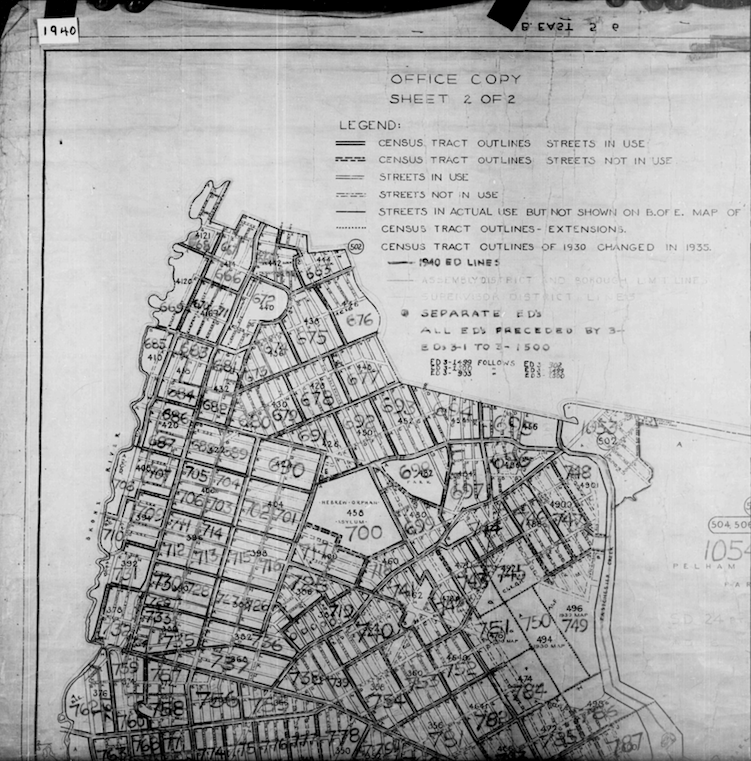 The Immaculate Conception Church was originally constructed on 151st Street as a two story wooden building. According to the New York Times article titled “Another New Church,” published on September 26, 1887, Immaculate Conception was a new church constructed specifically for the German Catholic immigrant populations. German people and heritage were so significant in the formative years of Immaculate Conception that both German and American flags were hung, and services were delivered in both German and English. The church was dedicated on May 29, 1953 by the first pastor, Reverend Casper J. Metzler. In 1888, plans were made to erect a larger church, on 150th Street. This 170 foot long and 78 foot wide brick building was designed by Henry Bruns. It was “a Romanesque Revival structure” built for a congregation of approximately one thousand people. This original building was constructed just south of Melrose Avenue, placing the church in the location that would be colloquially called "the Hub" and a center of vibrant social life and cultural interaction.

Bill Twomey, a prominent Bronx historian, attributes the influx of German immigrants in the mid-19th century to the impact of the French Revolution of 1848, one of several revolutions on the European continent that reorganized society and displaced millions. The revolution in France was a factor directly linked to uprisings in the nearby German states and the massive German exodus to America. German immigrants were chiefly farmers, and as a result Melrose was an agricultural village in the mid-nineteenth century. German Catholic immigrants confronted rampant anti-Catholic sentiment throughout New York. Then-archbishop Hughes of Immaculate Conception was active in defending his congregation from a prejudice that often manifested in fires and violence. In this way, Immaculate Conception, from the beginning, has served as a safe haven for displaced and marginalized populations

More recently, the church’s devotion to support and provide security for its congregation has contributed to financial burdens and struggles. David Gonzales, in the New York Times article "Steeple's Fall Leaves a Hole In Many Lives," writes about the tight budget for maintenance that resulted in the inability to replace the historic steeple. Maintenance is often a secondary budget priority as the church is frequently turned to by the people as not only “a place to worship, but also for help with things such as citizenship classes and preparing tax returns” (Gonzales). The steeple had become very much an unofficial landmark in Melrose, towering over the Hub that had become a home for the majority Latino and immigrant congregation. Gonzales interviewed Father McTighe, a church leader, on the inability to save the steeple. McTighe explained that “it’s the people, not a steeple, who make the church." This illustrates the church's dedication to the idea that it is defined not by its architecture and historic value, but rather by the people of its congregation (Gonzales).

Two years ago, Gonzales wrote another article highlighting the trend of financial burden and hardship for Immaculate Conception Church. Church leaders and congregation members, he reported, pushed back against the proposition from the New York City Landmarks Preservation Commission to designate the church as a landmark. Such designation would require expensive repairs, argued the church's pastor Father Skelly, and it was struggling to afford basic maintenance and upkeep. Skelly, explained that funds for the church have frequently been dedicated instead to the congregation itself, while upkeep of the building is for maintenance, never fully for repair and renovation. As a majority immigrant community, the Church frequently helps with costs related to citizenship and taxes. Father Skelly is cited as saying that “the landmarks commission doesn’t care about people, they care about buildings." In contrast, Immaculate Conception has, from its founding to today, been a church devoted to its community.

Despite these financial burdens, the surrounding community is loyal to the Immaculate Conception Church. Sister Patrice Owens, who teaches at the church's school, was interviewed by students in a WHEDco-NYU partnership in spring 2017 and explained how the Immaculate Conception Church has been her biggest source of spiritual support. She discusses how the Bronx frequently gets a “bad rap” because of the criminal history connected to it, regarding gangs, drugs, and arson. However, this bad rap, she asserts, overlooks the people of the Bronx. She states how “they don’t look at the wonderful people that I feel surrounded by here in the Church.” She specifically points out church leaders, not only in the Immaculate Conception Church but in South Bronx churches as a whole, as individuals “who care so much about people, who care so much, who want to help them to improve the quality of their lives here.” In particular, she discusses the role of churches in improving schools.The significance of the Immaculate Conception lies not in its grand architecture nor the steeple, but in the diverse, devoted group of people who make up the congregation.

The history of the Immaculate Conception Church is very much a history of Melrose. The Church is a home and community within itself, and has been a haven for the people since its initial construction. The story of the Immaculate Conception Church is one of financial hardship stemming from displacement and immigration, but more significantly highlights the ways in which a community can unite to overcome struggle. The Church has dedicated its finances to its people rather than for historic splendor. Numerous accounts from members of its congregation express a level of admiration and loyalty to the Church that surpasses neighborhood boundaries and relocation. The Immaculate Conception Church becomes a root people take with them through moves and times of displacement, and contributes to the notion of Melrose as a safe haven for immigrants and newcomers.

Gonzalez, David. "A Bronx Church Where Landmark Status Would Be More Burden Than Honor." The New York Times. April 03, 2016.