In 1942, an area of land north of Hearne, Texas was designated to serve as a prisoner of war camp for mostly German soldiers during World War II. Today, a replica barrak overflowing with information relives the long forgotten past of this POW camp. 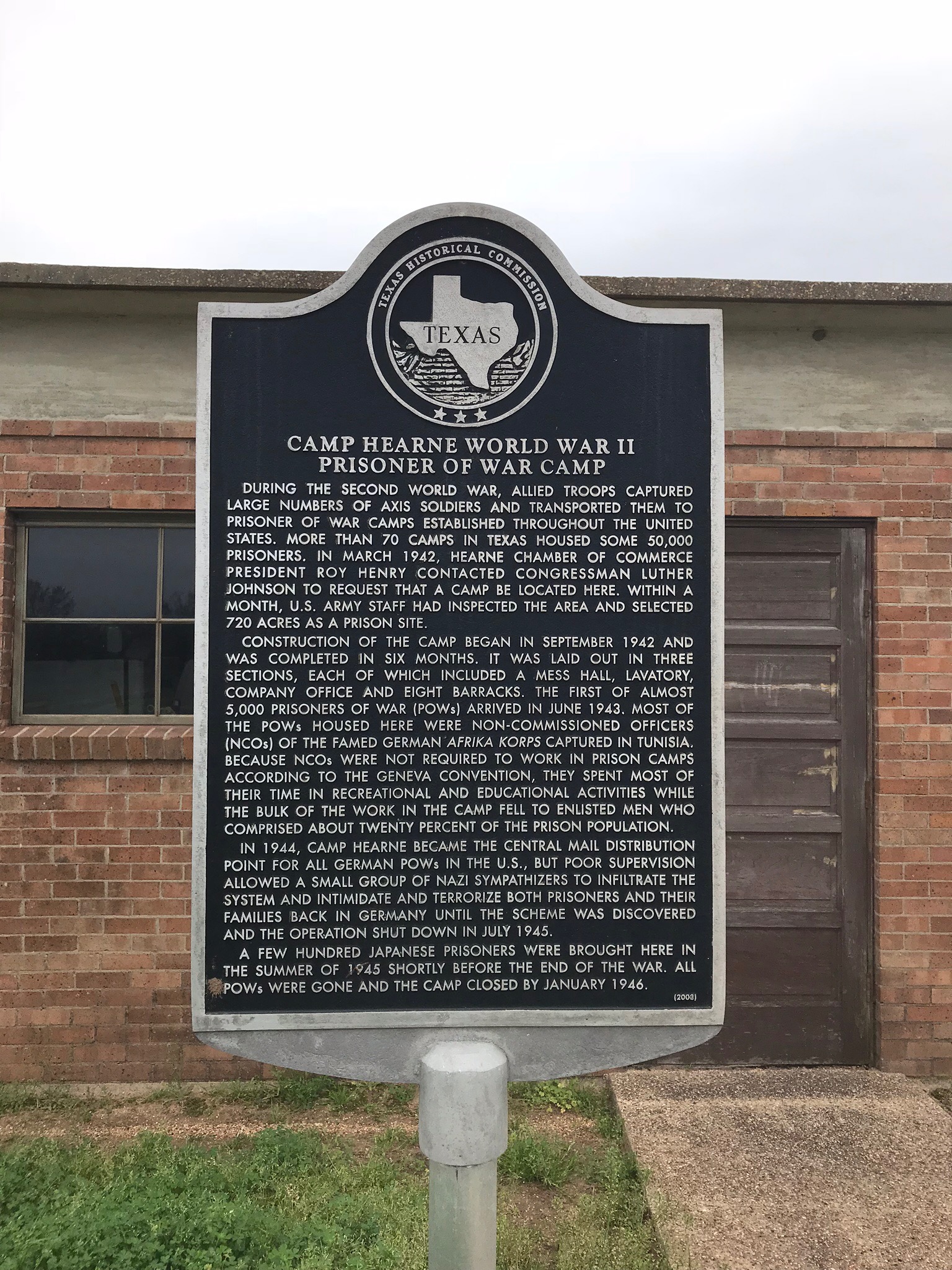 Replica barrak serves as a museum 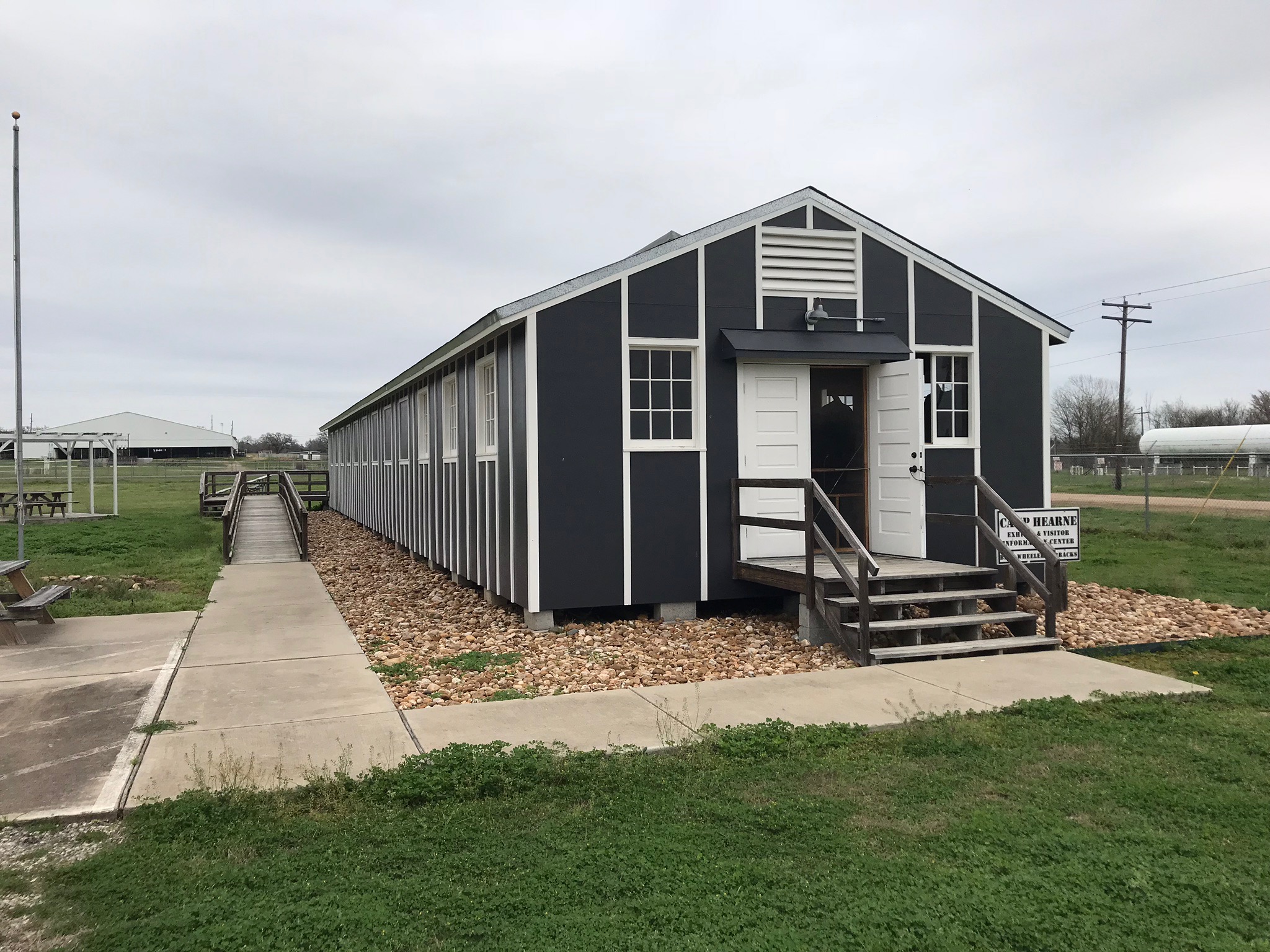 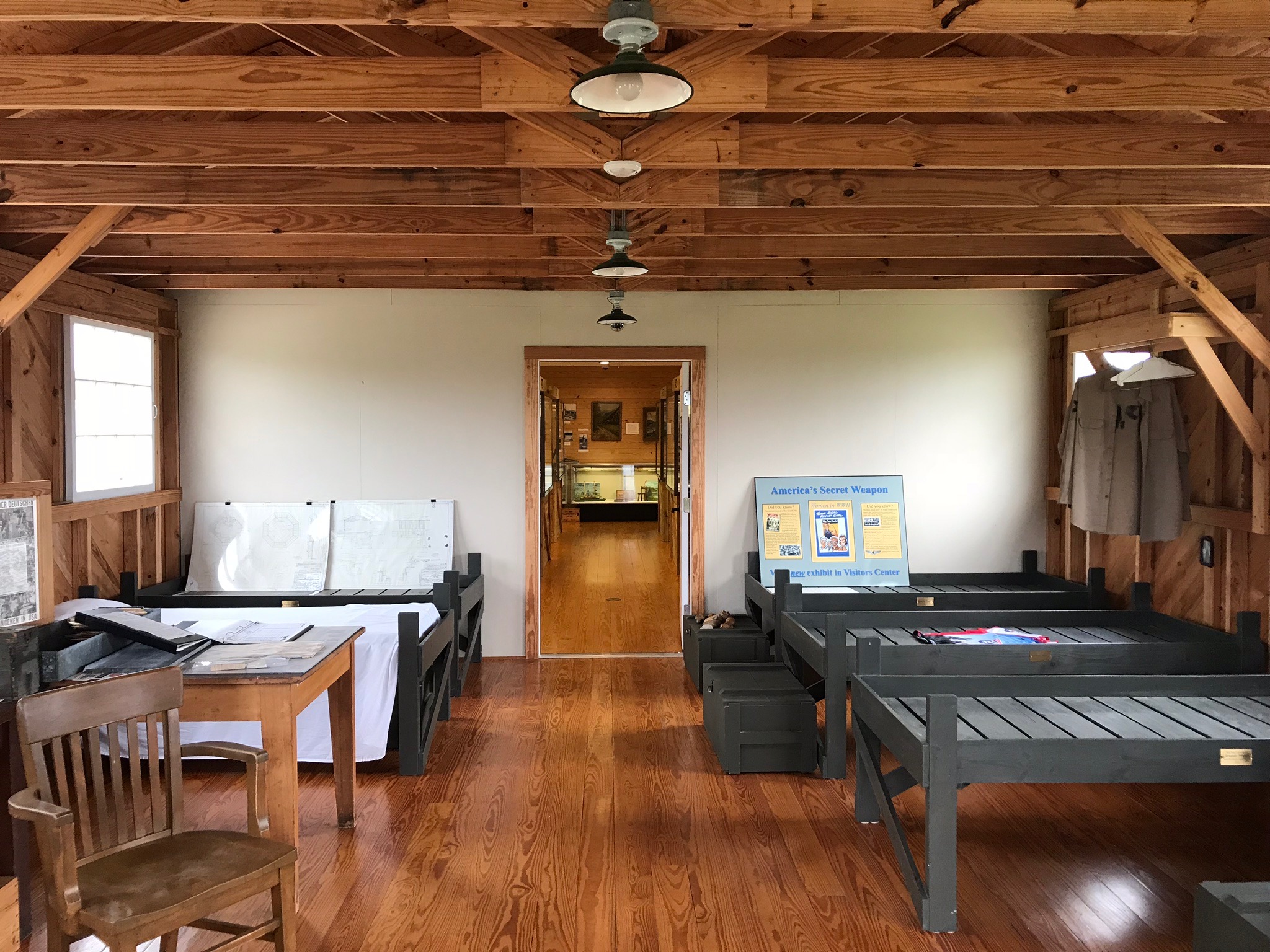 During the second World War, the amount of prisoners of war was vastly greater than anyone had seen before. Specifically, the United States had success in Northern Africa where Erwin Rommel’s Afrika Korps was captured by the American Army in 1943. By this time, Great Britain could no longer hold any more prisoners due to the lack of resources, so the United States began to house these prisoners along with thousands more from Europe and Japan. By 1945, the Axis prisoners totaled over 400,000 and were held within 650 camps spread across the United States. Almost all of these camps remained forgotten until a team from Texas A&M in the 1990s began research on one of the largest in wartime America: Camp Hearne.

In 1942, the U.S. Army began to search for suitable locations for POW camps. The local government of Hearne, Texas saw this as a positive economic opportunity and began to lobby for Hearne as a host. The small settlement, located in rural East Texas, was a perfect fit considering its ideal location far from any war industries. Although remote, the town was very close to a railroad and had sustainable sources of electricity and water. After inspection, Hearne was selected for a camp in April, 1942, and construction began a few months later. 720 acres of land were delegated to the area for the Army’s use, although only a fraction of this would be used for the buildings and land. Construction of the camp took six months to complete.

Camp Hearne was designed to accommodate 3000 prisoners but would later be reconstructed to lodge upwards of 4700 soldiers during its operation.1 The camp’s standard layout consisted of three compounds subdivided into 4 subunits able to hold 400 prisoners each. Each compound area had a lavatory, mess hall, 8 barracks, and a company office. Barbed wire fences surrounded the camp and each compound was surrounded by additional fencing. The barracks for both prisoners and American guards were identical and constructed to have a temporary lifetime of 20 years, which is why none of the original buildings remain intact today.

Axis prisoners were initially brought to the camp in June 1943. Of these prisoners, the majority belonged to the Afrika Korps, captured in Tunisia when the Germans were essentially deprived of ammunition and supplies. The Afrika Korps was composed of German soldiers unaffiliated with the Nazi party, and almost all of them were-non commissioned officers.2 According to the Geneva Convention, they were not required to work if they were NCOs, but there were about 20 percent who were enlisted, so these prisoners spent most of their days working at repair shops or for local farmers harvesting cotton, onions, and pecans. For the NCOs, however, the majority of their time was spent leisurely. The first days of arrival, according to the account of Heino Erichsen, were very unusual for him, saying that he “took three showers a day at first,… we got a meal with everything: there was bread and potatoes and desert, and I thought, well this is great.” Germans at the time had a very sophisticated culture, so a lot of the prisoners devoted themselves to education and recreational activities. The inmates began to organize classes on diverse subjects and played soccer, made crafts, and read books. Camp Hearne even had an orchestra composed of Rommel’s band, and some of Germany's best conductors. There were weekly theatrical performances, movies, and concerts that were performed in theatres built by the prisoners. Not only did Camp Hearne have a larger population than the city of Hearne itself, but it displayed a unique and diverse society.

Nevertheless, not everything that took place in the camp was as innocent as it seemed. There were still a large amount of steadfast Nazis within the camp. After the Geneva convention, the United states POW camps gave administration to the Germans within the camps, so they were almost entirely self-governed. The vastly outnumbered Nazis stationed in the camp quickly gained control by using intimidation to strike fear in the non-commissioned German soldiers, and soon created conflict from within. The U.S. prison guards had a difficult time preventing the conflict between the Nazis and some of the Germans who were fond of America. In 1943, Corporal Hugo Krauss was murdered in the middle of the night by a group of Nazis using planks of wood with nails protruding from them to beat him to death. Krauss was known to be a little too friendly toward Americans, and they likely murdered him as a plan to gain control over the camp using intimidation.

Camp Hearne was home to the Central POW Post Office, responsible for receiving and distributing all mail sent from Germany to the prisoners in the United States. The inmates working for the post office were poorly supervised, therefore, the Nazis soon took advantage. The Nazis gained access to the names of every German prisoner within the U.S. and compiled a list of Anti-Nazi prisoners to be dealt with after the war. They even “constructed short-wave radios, dispersed news from Germany, published an underground paper and built a network of tunnels and underground rooms to hold meetings.”3

The City of Hearne purchased Camp Hearne in 1946. None of the original buildings remain today, although a replica of one of the barracks sits on this historical graveyard along with a replica watch tower. This non-profit museum serves the community of Hearne along with the vast majority of Texas, providing rich historical accounts of a somewhat overlooked aspect of the second world war.