Located in downtown Texarkana, the Hotel Grim was once one of the most prestigious hotels of the twin city. Now abandoned, the Grim stands in the heart of a city that lies in two states. Although the Hotel Grim stands on the Texas side of famous State Line Avenue, it is only a few steps across the street to the state of Arkansas. Where once stood Texarkana’s “crown jewel,” is now an empty building full of memories and old furniture. 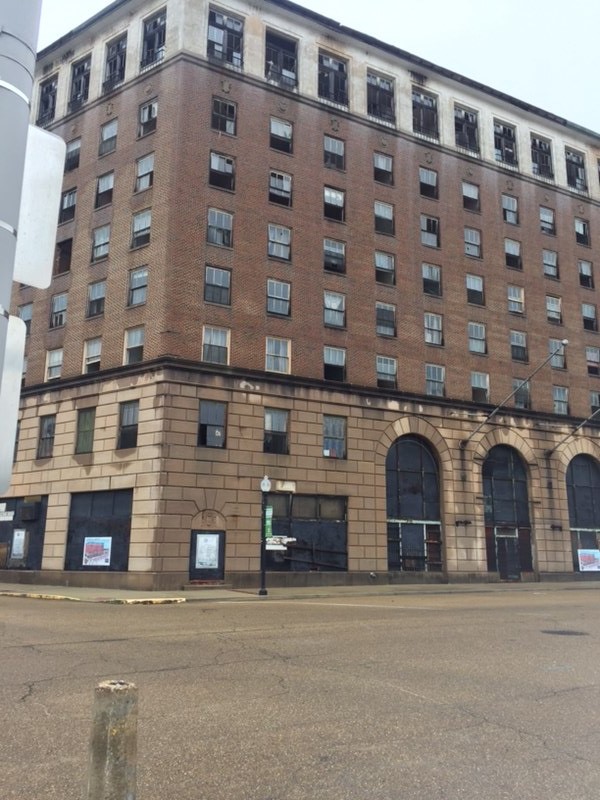 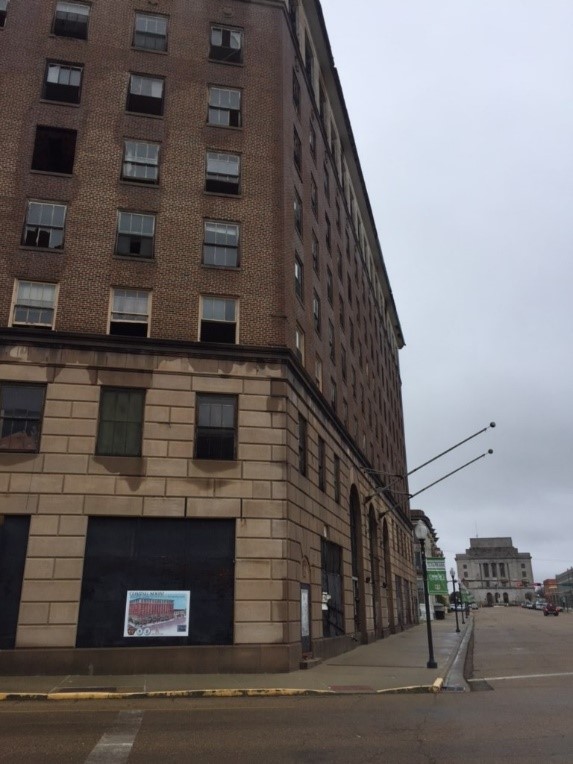 While in operation, The Hotel Grim was once the “crown jewel” of Texarkana. Completed in 1925 by architects George Mann and Eugene Stern, the Hotel Grim cost $600,000 to build. The hotel was dedicated to William Rhodes Grim, one of the leaders of Texarkana who decided to build the hotel. With all the exquisite details and beautiful decor the Hotel Grim quickly became the place to stay in downtown Texarkana.

Mr. William Rhodes Grim was a successful businessman in Texarkana. He was a banker for the Texarkana National Bank, a railroad man, and a lumber man. He served as the President of the Louisiana & Arkansas Railroad and later as a director for the Kansas City Southern Railroad. Along with the other leaders of Texarkana, Mr. Grim was working on a project to bring a grand hotel to Texarkana. They had plans to build a hotel along State Line Avenue when Grim died in January of 1924. The business leaders, as a tribute, decided to dedicate the hotel to Mr. Grim and give it the name the Hotel Grim.1

When the hotel first opened, it was THE place to stay in Texarkana. The plan, devised by the leaders of Texarkana, was to create a grand hotel that Texarkana deserved. Of course, they did just that. The hotel is a “V” shaped building with one side extending down Pine Street and the other down State Line Avenue between Third and Fourth Streets. It stands eight stories tall with 250 rooms inside. The exterior walls of the hotel are made of alginate stone, reinforced with concrete. The hotel’s main entrance was on State Line Avenue. In its glory days, the attributes of the lobby were breathtaking. The lobby contained gorgeous Caen stone walls and an Alabama marble floor. The ceiling tiles of the hotel lobby were decorated in red, old gold, ivory, pale blue, and mottled amber. Even though the hotel has been closed for almost twenty years, some of the marble and stone is still there.

The Hotel Grim was once a super busy place in downtown Texarkana. On the first floor of the hotel was the Palm Court, where afternoon teas, bridge games, and small parties could be held. Also on the first floor, was a coffee shop that was always filled with delicious pies and cakes. The mezzanine contained the hotel’s very own beauty parlor, barber shop, and drug store. The hotel’s ballroom was located on the eighth floor of the building and faced both Pine Street and State Line Avenue. The hotel also had a magnificent rooftop garden that could be turned into a ballroom if needed. The Grim was also known for hosting important events such as: parties for the rich, big name jazz bands, and was even known for having illegal card games for high rollers. One of the many famous bands that played in the Hotel Grim was Tommy Dorsey’s band. In the 1930’s, the Hotel Grim really began to boom and became the hotspot of the city. In 1934, the radio station, KCMC, even established a studio inside the hotel.

In 1934, Bonnie and Clyde, the famous American criminals, were rumored to make an appearance at the Hotel Grim. An employee of the hotel claims to have seen Bonnie eating a sandwich in the hotel’s café while Clyde and Henry Methvin sat in the car and waited on her. It was assumed that Clyde got edgy and sent Henry in to get Bonnie. Henry came in, sat down, and acted like he was reading a magazine. Once Bonnie made eye contact with him, she knew it was time to leave. The hotel employee recognized Bonnie from a magazine photograph she had seen of her.

Even though the hotel was in business for a little under 70 years, on October 20, 1990, the Hotel Grim closed its doors for good. Now the Hotel Grim, once the hotspot of Texarkana, sits with plywood window coverings and numerous cobwebs. Through the years, the hotel has been damaged by both humans and Mother Nature. Windows were broken, curtains got torn down, and what was left of the furniture was pretty much destroyed. There have been numerous discussions about rebuilding the Hotel Grim. In 2017, the city of Texarkana was even approved for a $1,429,000 loan guarantee assistance from the U.S. Department of Housing and Urban Development to restore the Hotel Grim into lofts for the public to rent. The current plan is to build 96 housing units with commercial space on the first floor.2 With all these future plans, maybe one day the grand Hotel Grim will be restored into something as grand as it was in its former life.3