Famed artist and illustrator Howard Pyle was born in 1853 in Wilmington. He was one of the most influential and well-known illustrators of his time, and the school he established was a training ground for some of the most notable artists of the twentieth century. He taught his students at his studios in Wilmington, where they are still used as studios. The two buildings that make up Pyle’s studios are listed on the National Register of Historic Places.

Howard Pyle in his studio 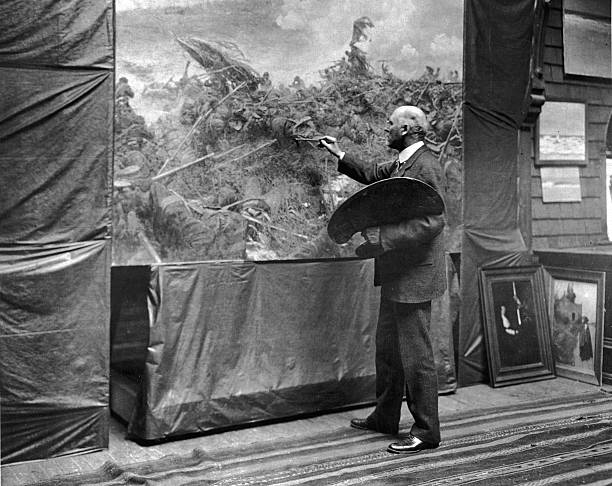 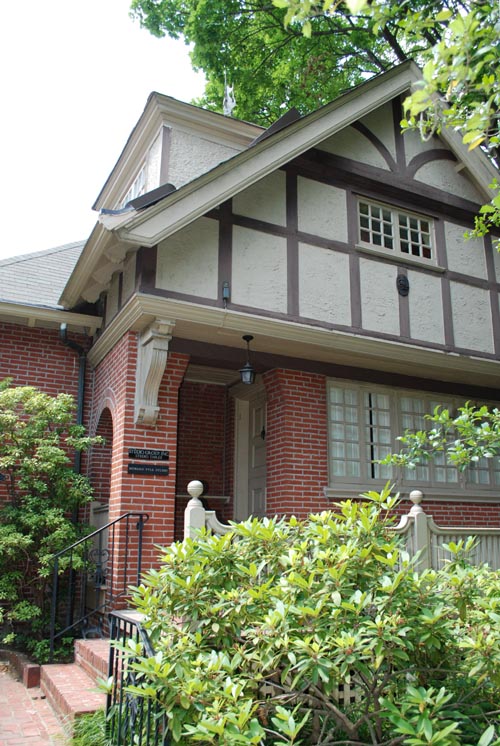 Widely regarded as the father of the Brandywine tradition of art, Howard Pyle was a Wilmington native who spent much of his adult life in the studios he built on N. Franklin Street, where he not only worked on his own pieces, but taught numerous students. Pyle painted and worked in the studios from 1883 to 1911.

Pyle’s own studio was the first to be built. The building was built of brick with a half-timbered gable. The studio was built in 1883. In 1900, he had a smaller studio of a similar design built next door; that studio was where Pyle taught his students. The students were enrolled at the school started by Pyle, the Howard Pyle School of Art. In its first year, the school accepted twelve out of 500 applications.

Pyle’s students paid no tuition, but they paid rent and the art materials which Pyle sold to them at cost. From 1900 to 1911, 75 students attended Pyle’s school, among them N.C. Wyeth, Frank Schoonover, and George Harding. Following Pyle’s death, the studios were purchased by former students Stanley Arthurs and Clifford Ashley. Many of the original details of the studios were maintained, but after Pyle’s death, a cross section of a buttonwood tree was added to the flooring of the Master’s studio to mark the place where Pyle stood while teaching.

Following Arthur’s death, the studios were sold two more times, eventually becoming the property of the Studio Group, a group of women painters. The studios were listed on the National Register of Historic Places in 1978 and are open to the public.