The Oregon Rail Heritage Center opened in 2012. It is dedicated to preserving and promoting the state's railroad history. It houses a number of rolling stock including its famous three locomotives: the Southern Pacific 4449, which was built in 1941; the Spokane, Portland & Seattle 200; and the Oregon Railway & Navigation 197. The 4449 and 700 have been restored and are operable (197 is being restored). The 4449 and 700 are the only two steam locomotives owned by an American city and two of the six largest steam engines remaining in the world. The three locomotives were donated to the city in 1958. Other rolling stock include switcher and other locomotives, a caboose, and train and passenger cars. During the holiday season, visitors can ride on the Holiday Express Train.

The Oregon Rail Heritage Center opened 2012 and features a number of historic rolling stock including the Southern Pacific 4449; the Spokane, Portland & Seattle 200; and the Oregon Railway & Navigation 197. 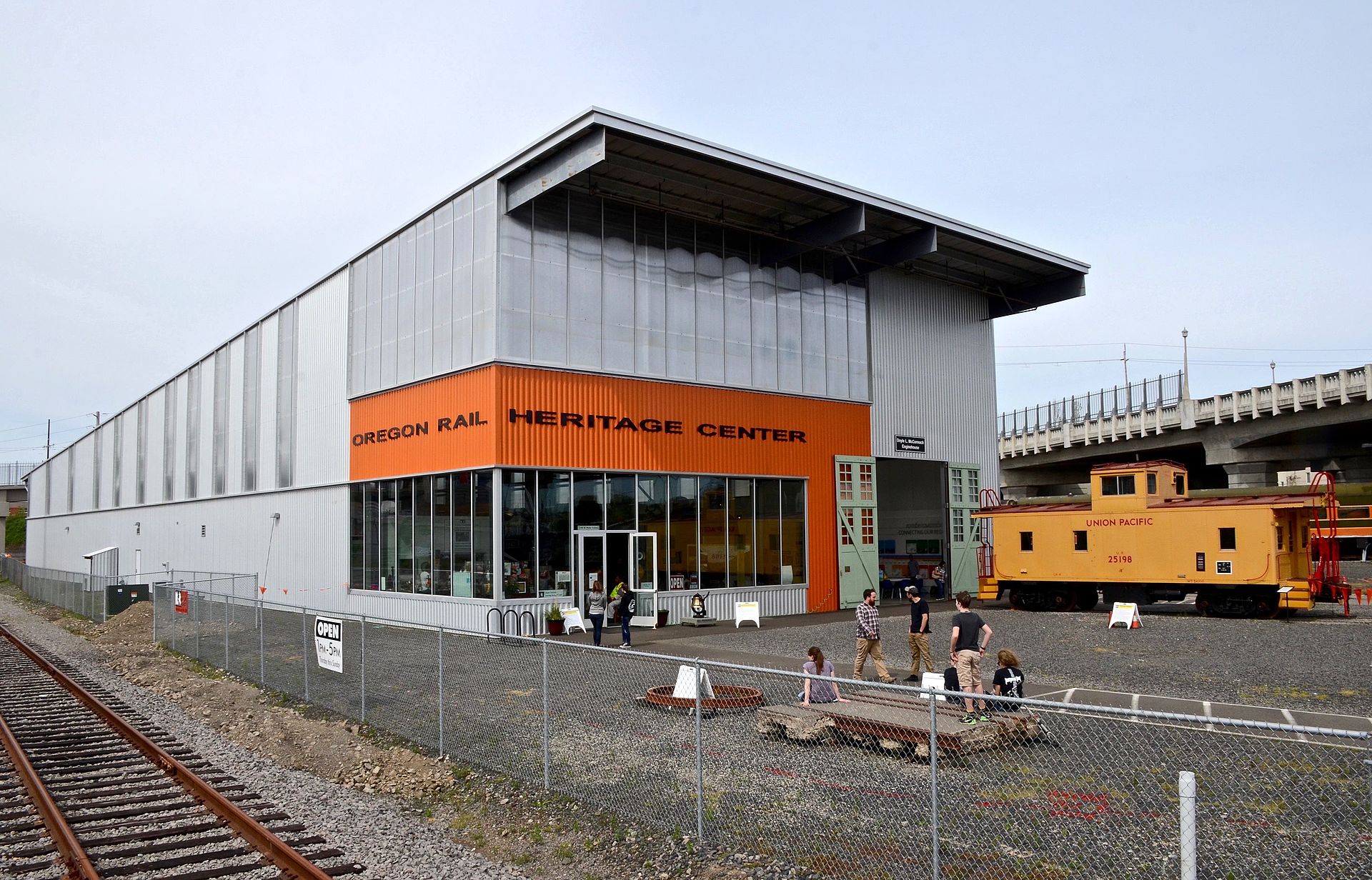 This photo shows the Spokane, Portland & Seattle 200 and the Oregon Railway & Navigation 197 in the foreground. The Southern Pacific 4449 is located behind the 197. 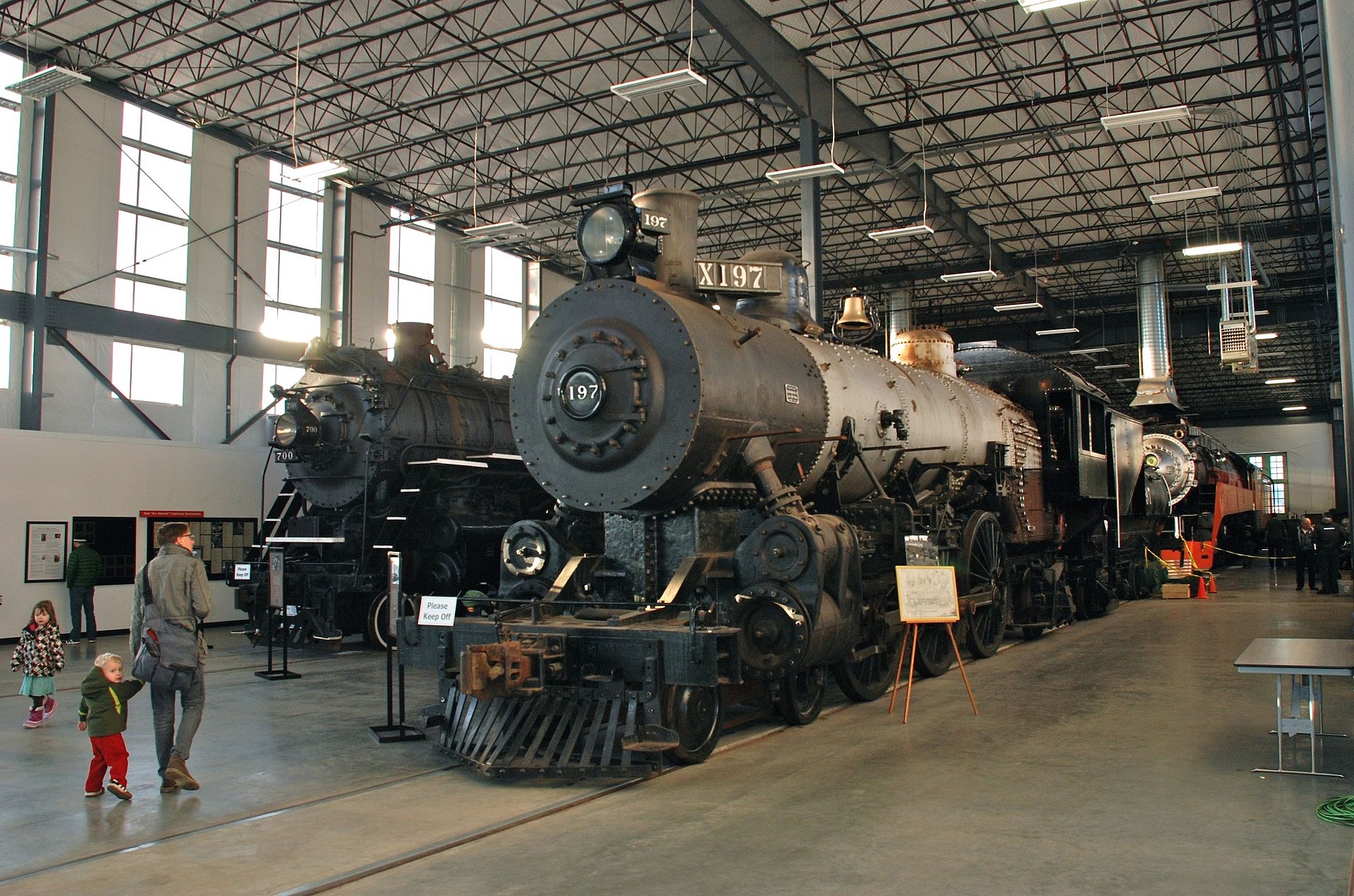 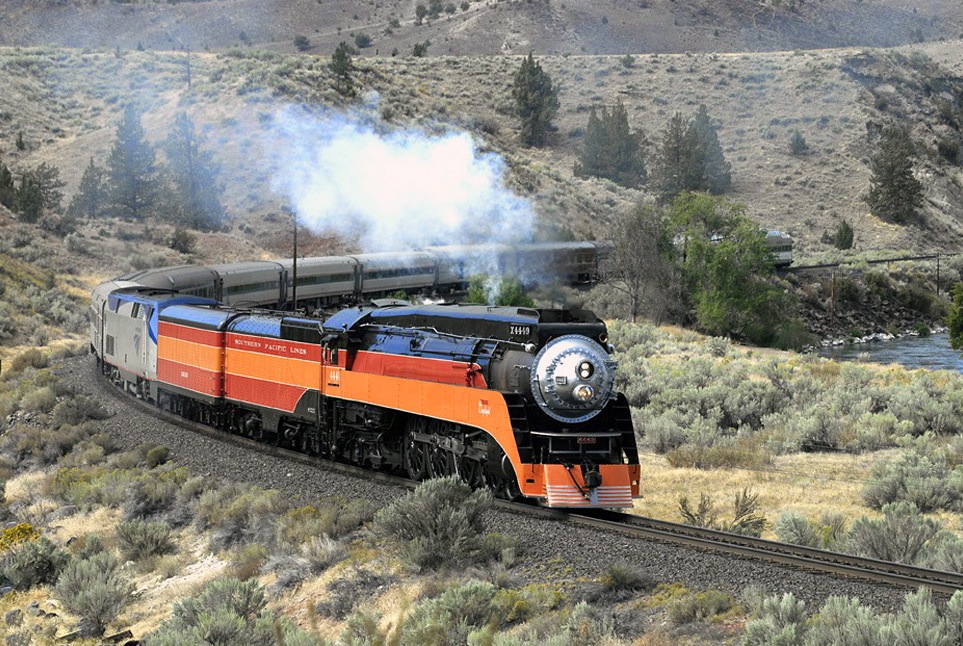 "Railway Palaces of Portland, Oregon: The Architectural Legacy of Henry Villard," by Alexander B. Craghead (see link below) 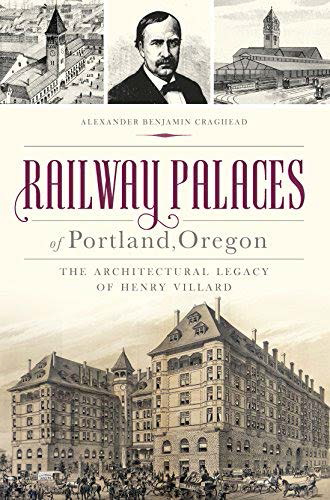 A roundtable is expected to be installed in 2018 to not only show the public how one works but to also allow locomotives to turn around at the museum rather than doing so north of the city, which they have to do now. There are also plans to build a new mezzanine to house exhibits and an education center. An exhibit that recently opened explores the role railroading played in harvesting spruce trees for planes built for the WWI war effort.