Located in a small triangle at the intersection of Francis and 10th Streets is a memorial to the Pony Express, which was a mail delivery service that operated from April 3, 1860 to October 1861. Mail was carried by men riding fast horses on a route that began here in St. Joseph and ended in Sacramento, California. The memorial consists of a large bronze sculpture of a rider on his horse atop a stone base inscribed with the words "The Pony Express." Artist Hermon A. MacNeil created the sculpture. The memorial is surrounded by a short metal fence and there is a bench for people for people to sit on. The memorial was dedicated on April 20, 1940, the 80th anniversary of the Pony Express.

The Pony Express Memorial was erected in 1940, the eightieth anniversary of the Express' founding. 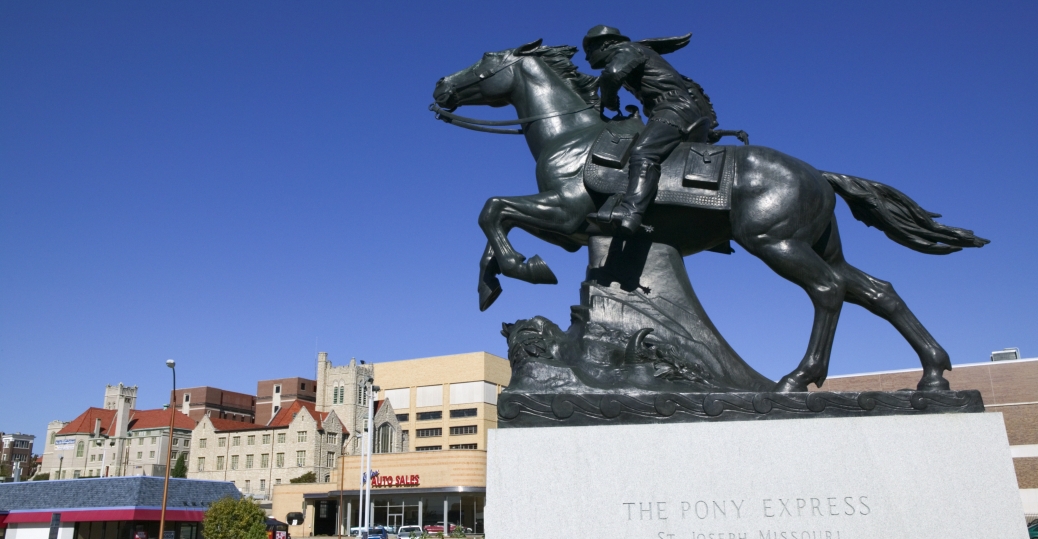 The Pony Express served an important purpose: it further connected California, which was granted statehood in 1850, to the rest of the country before construction of the transcontinental telegraph was completed in October 1861. It was a much faster service than stagecoach travel, reducing the time it took for mail to travel east and west to around ten days.