The Joslyn Castle, built in 1903, was originally the residence of George and Sarah Joslyn. Architect John McDonald designed the 35-room mansion in the Scottish Baronial style. Currently the Joslyn Castle Trust organization manages the property and offers public tours and cultural programs for the community.

Joslyn Castle from the front 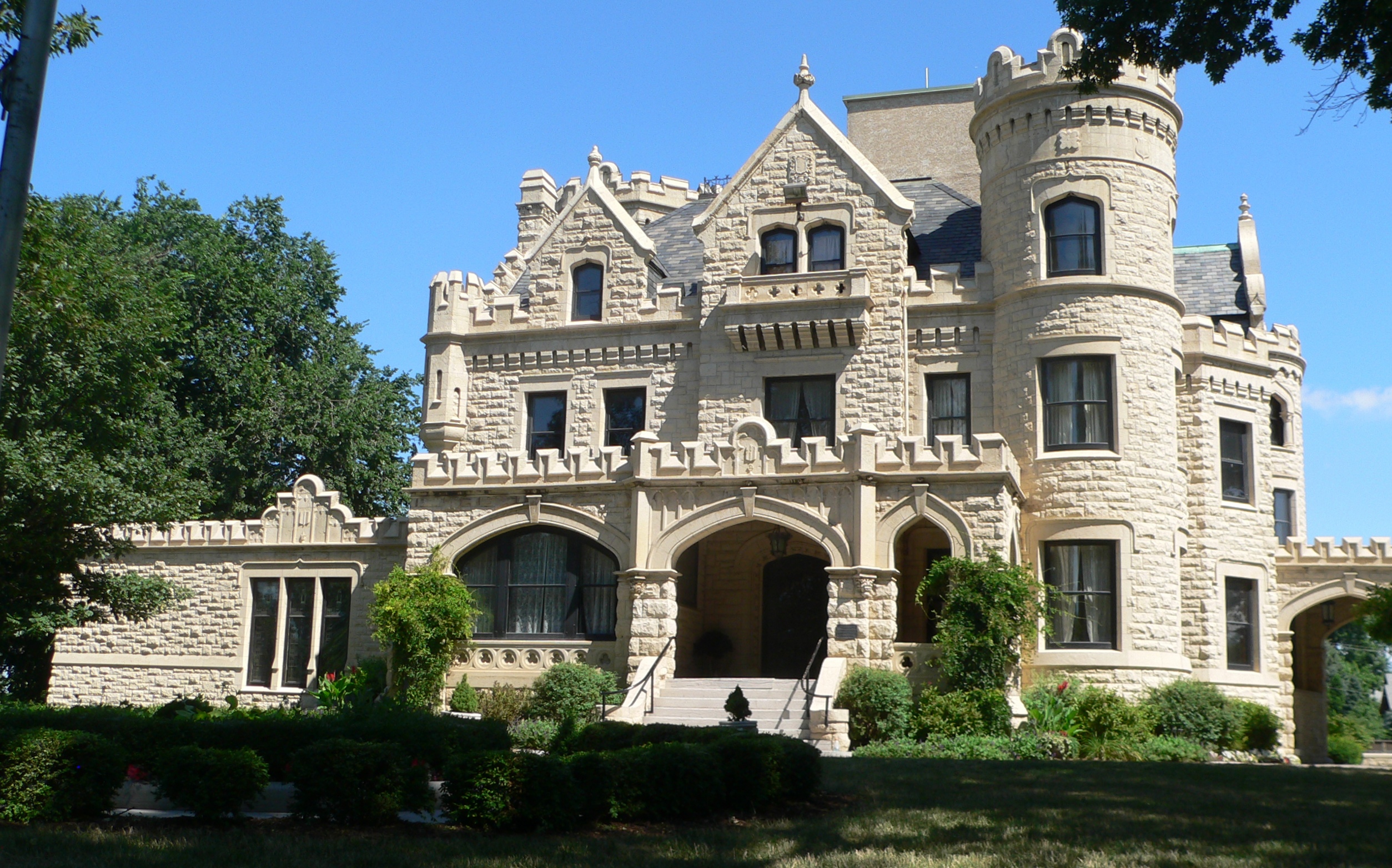 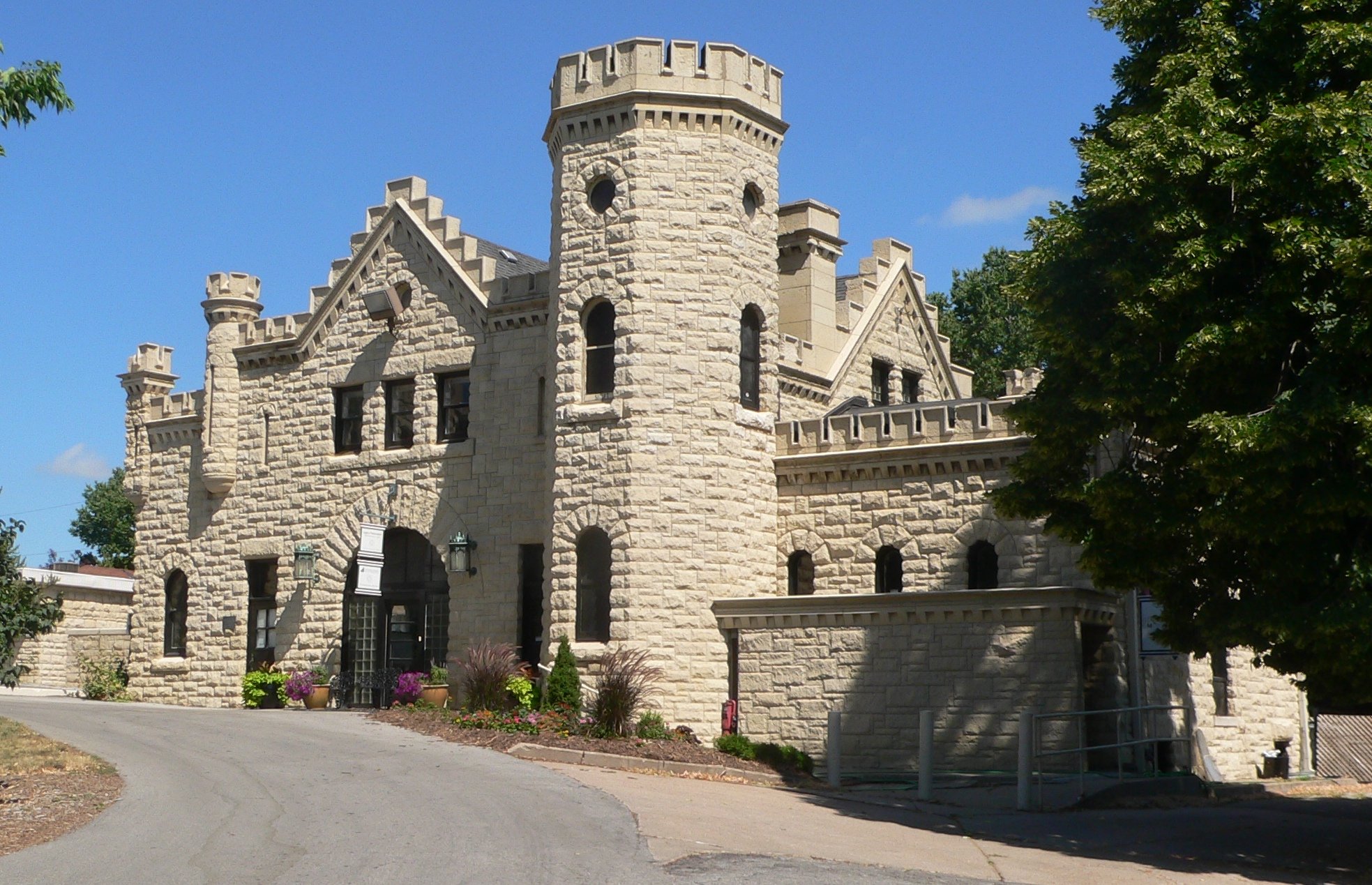 View of the northeast side of the Joslyn Castle

George A. Joslyn accumulated his wealth in the ready print business as head of the Western Newspaper Union (WNU) branch in Omaha. His success in expanding the branch required him to relocate twice to larger facilities in Omaha. He used his wealth from his management position to purchase WNU stock. George Joslyn became the president of the WNU in 1890. [1]

In 1903, George and Sarah Joslyn purchased land and began building their new home, which would become known as “the Castle” to members of the Omaha community. The Joslyns employed John McDonald, a gifted architect and friend, to design the building in the Scottish Baronial Style. The inspiration may have come from other wealthy homes such as Jay Gould’s Lyndhurst. McDonald incorporated stained glass, stone and carved wood into his design for the castle, to display their wealth. [2]

During Easter, 1913, Omaha was hit with a destructive tornado that destroyed parts of the city. The Joslyn Castle was not immune to the damages and parts of the greenhouse and grounds were destroyed. The frame of the main section of the greenhouse, called the “palm house” was donated to Hanscom Park after the Joslyns decided not to rebuild. [3]

The couple was known for their philanthropic lifestyle and believed in giving back to their community. George supported local organizations financially such as the Child Saving Institute and the University of Omaha. His donation of $25,000 helped propel the university to grow and educate students of Omaha. Sarah Joslyn donated her collection of rare orchids to the city and built the Joslyn Art Museum. [4]

After the death of George in 1916 and Sarah in 1940, the Joslyn Castle became home to the Omaha Public School headquarters in 1944. Renovations to the building, such as installing heating and cooling systems and an elevator were made during this period. The building was rented out at $10 a year to the board of education who established a children's museum on the third floor and turned the surrounding park into a natural science laboratory. The school district administrative offices remained in the mansion until 1989. [5]

Today the Castle is managed under the Joslyn Castle Trust to ensure the building’s preservation and to continue the legacy of George and Sarah Joslyn. The estate grounds are also part of the Nebraska State Arboretum. The Castle offers public tours and there are opportunities to rent the building for private or business events. [6]