Luther Williams field is the second oldest minor league stadium in the United States and was home to the Macon Peaches from 1929 to 1980. The original stadium still stands today and only a few changes have been made, such as a new tin roof to replace the old wooden one. The field opened in 1929 and remains in use today.

An aerial view of the stadium 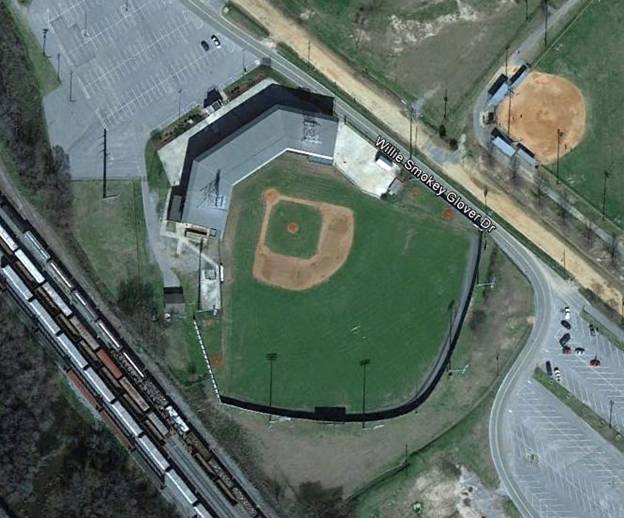 Luther Williams Field is the second-oldest minor league field in the country. 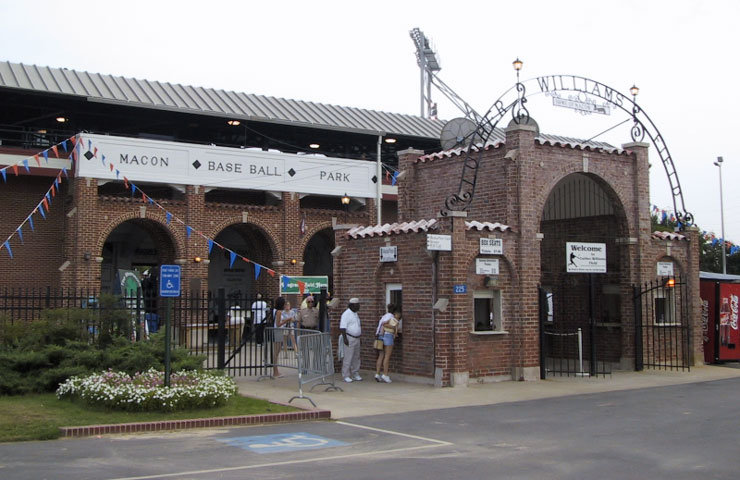 Luther Williams Field was built in 1929 and named after the mayor of Macon. The original field and stadium was constructed for $60,000 and today it has a capacity of 3,750 seats with the majority of seating behind home plate. The stadium has been renovated several times over the decades, including replacing the wooden roof of the grandstand with a new tin roof.

One of the most notable features of the park is the black iron gate surrounding the field that reads “Macon Base Ball Park.” The field is noted for its classic look and the architecture of the historic grandstand. The park was home to the Macon Peaches from 1929 to 1980 and another team with the same name in 2003. In 1980 and 1982 the field hosted the Atlantic Sun Conference Baseball Tournaments. The park was the site of the 1976 film, The Bingo Long Traveling All-Stars and Motor Kings. In the film, the venue played a fictional ballpark and the actors portrayed life on one of the black "clown" teams that barnstormed throughout the country. At the time of the movie's release, many veterans of the more organized Negro Leagues took exception to the film and reminded viewers that their leagues were professional organizations while the clown teams simply went from city to city to sell tickets and entertain crowds. The field was featured in the movie “42” which told the story of Jackie Robinson.

Some of the most notable players that have played at Luther Williams include Pete Rose, Chipper Jones, and Tony Perez. In 2004 the field was added to the National Register of Historical Places.