In 1922, the Military Order of the Loyal Legion of the United States created one of the first Civil War museums complete with artifacts such as weapons, clothing, and accessories. The museum was located in Philadelphia from 1922 until it closed in 2008. The items in the museum were sent to other museums across Pennsylvania.

Old Baldy the horse was ridden by Union Major General George G. Meade, most notably, at the Battle of Gettysburg and other battles. 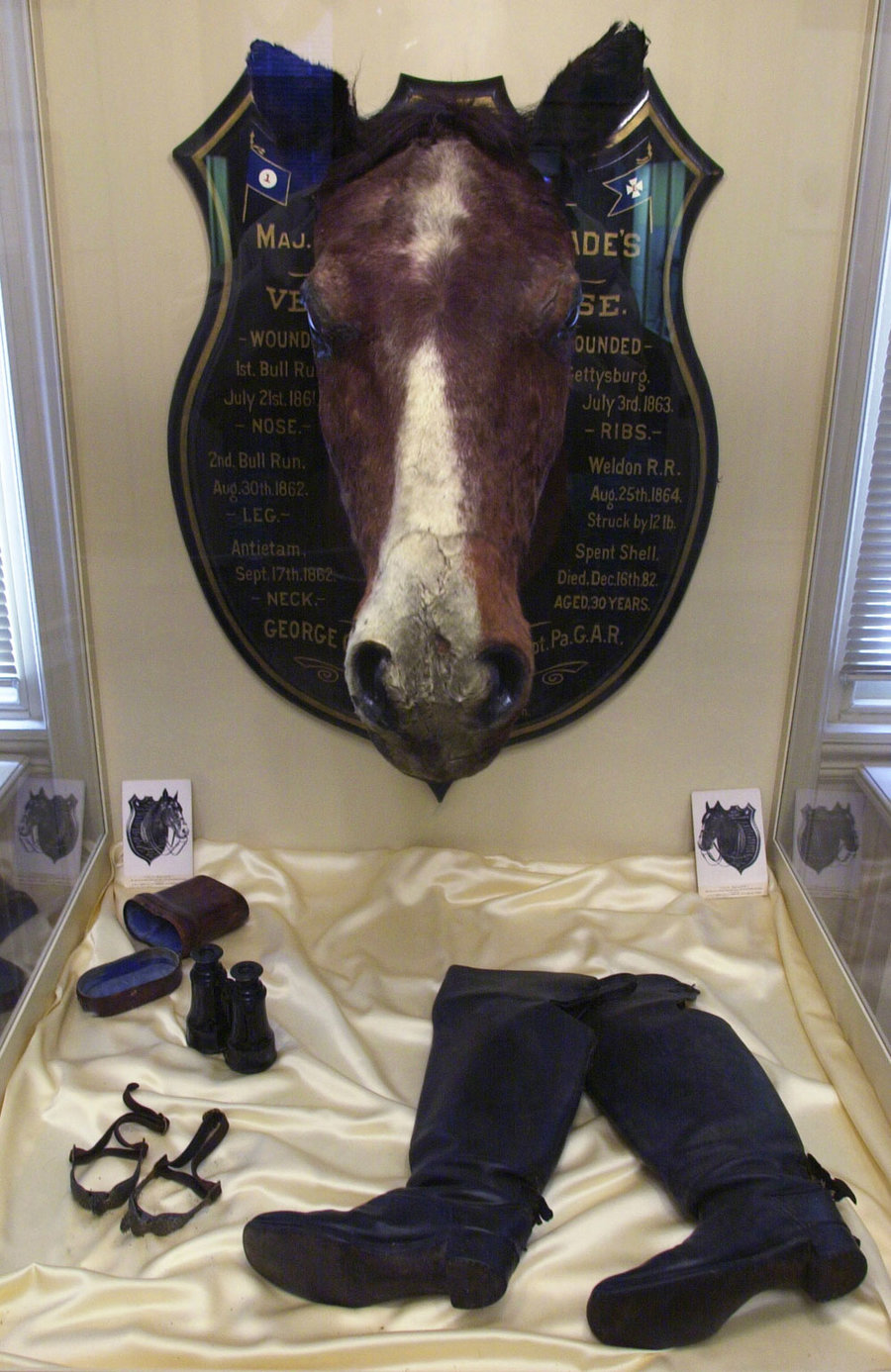 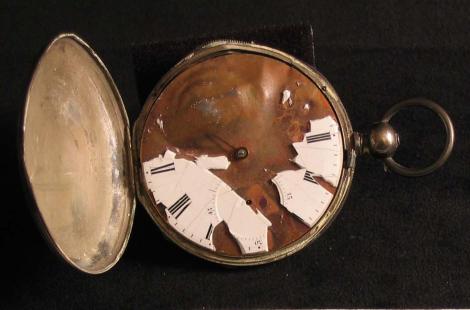 The Civil War and Underground Railroad Museum of Philadelphia was created after the assassination of President Lincoln because groups of important military members from each branch formed together. The members who created this museum were a part of an organization called MOLLUS, meaning the Military Order of the Loyal Legion of the United States. They were the first veteran organization and created this in fear of a southern attack. The members of MOLLUS established a collection in 1888. The artifacts and such came from donations from civil war veterans willing to show their experiences. In fact, the museum states over 80% of the artifacts were donated from the veterans or their family members. This museum houses the most civil war memorabilia for a private collection. Artifacts at the museum included many different things, such as, paintings, weapons and artillery, photos, maps, and other war materials.  Additionally, there are personal items from the soldiers. The collections have items from every state that was in the union, as well as some Confederate. There is also an exhibit for President Lincoln and information on his death.

The beginning stages of creating the museum started with the MOLLUS. When the threat of the war restarting after Lincoln’s death ended, these men established a place to house materials from Union supporters. The headquarters were held in Philadelphia. The contributions were mainly from the members of MOLLUS and their families, resulting in a collection with over 3,000 artifacts, 7,000 photographs, hundreds of art pieces and over 10,000-piece library. It formally became a museum in 1922 until 2008. It was closed because of the need of a different location due to the old Pine Street building it was currently in. Since then, the pieces have been cared for by the Gettysburg Foundation.

Due to the closing of the museum the Gettysburg Foundation and Gettysburg National Military Park has provided essential care to the vast collection of civil war memorabilia. Although there were plans to find a new location for the Philadelphia museum fell through because of financial and other issues. In fact, some items were stolen and then illegally sold causing more problems for the museum. The Civil War Museum of Philadelphia officially transferred ownership to the Gettysburg Foundation.

In 2015, the Gettysburg National Military Park had an exhibit showing some artifacts from the Civil War Museum of Philadelphia. In 2017, the same Park was focusing on the original donated pieces by MOLLUS.  Other artifacts are displayed throughout the Foundations’ main museum and sites. After the ownership of the artifacts went to the Gettysburg Foundation, they loaned pieces to the National Constitution Center. Even though there was an agreement in place books and most archives were not available for the loan. Those artifacts have a separate agreement which houses them at the Heritage Center of the Union League of Philadelphia. The collection is available for researchers and others to view.

The collection held very important pieces related to major and minor people who played a role in the Union victory. Some items include General Ulysses S. Grant’s sword given to him after the union victory in Vicksburg, Confederate President Davis’ smoking jacket discovered as he fled to Richmond, a sword and sash that was owned by General Reynolds, fragments of American flags President Lincoln raised, and a stuffed head of Old Baldy. Old Baldy was a horse owned by General George Meade, taken on many battles. When the horse died the head was removed and stuffed to be mounted at the Grand Army of the Republic Museum. The GAR Museum loaned the head to the Civil War Museum of Philadelphia. Once the museum closed the head was safely returned to the GAR Museum.