In the backdrop of the early 1940s, Ashland, Kentucky would see the conception of its first state-funded tuberculosis sanatorium. Around the turn of the century, the first sanatorium in New York helped to answer the question of how to handle patients with tuberculosis. They found it necessary to isolate patients to ensure that the possibility of the disease spreading was limited. By 1912, states like Kentucky had three county-founded sanatoriums before they moved to state-funded by 1944. Possessing the worse causality rates to tuberculosis, Kentucky split the state into six sanatorium districts, Ashland becoming District Four. Its hospital would stay open until the 1970s. Now it stands as Safe Harbor, a home for women coming from abusive households.

Entrance to the tuberculosis sanatorium 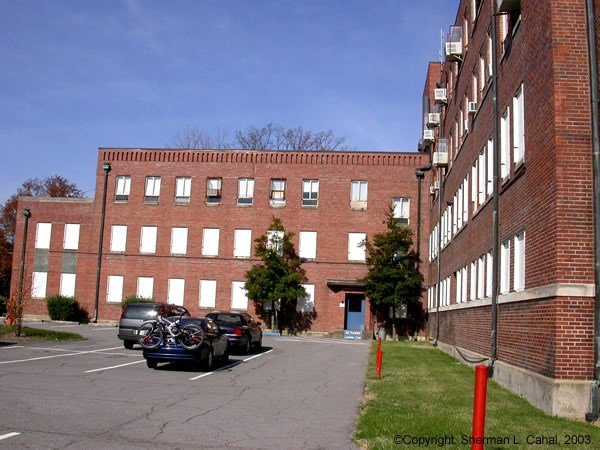 Corner stone for the building 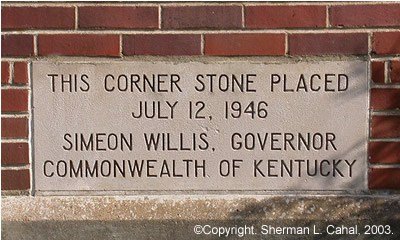 In the early 1900s, Dr. Edwards Trudeau of New York introduced the concept of sanatoriums to America. Drawing inspiration from his German peers, he constructed the first sanatorium in Lake, New York in 1884 based around two models of hospitals. These two models were a blend of the popular construction methods of asylums and hospitals at the time. The first model, closely related to the Kirkbridge building model, had the administration building in the center with the surrounding hospital grounds a picturesque view of tranquility. This was to ideally help with the healing process. The second model, closely resembling modern hospitals, still had the administration building in the center of the complex, but then moved towards a more institutionalized look. 1

After this, sanatoriums started to become more popular, especially as a method to isolate the sick. They soon spread across the country. From 1907 to 1944, the realm of sanatoriums fell to the local level for many states. Kentucky built its first sanatorium in 1907, and by 1912, they had three county sanatoriums: Hazelwood, Waverly Hills, and Jackson Hills. During these years, the Commonwealth of Kentucky would also create the Kentucky Tuberculosis Commission, which oversaw the construction and zoning of these hospitals. They were also responsible for the creation of picture shows that glorified the benefits of sanatoriums to more rural populations. Although they would serve the state well, they would fall out of fashion with the introduction of state-funded and supported sanatoriums. 2

Once the height of county-funded hospitals started to fade, the state consolidated the three hospitals into Hazelwood hospital. With only enough beds to house a hundred people, they soon faced a crisis of overpopulation by 1944. From 1944 to the 1970s, Kentucky had the highest fatality rate due to tuberculosis in the entire country. To try to help curb public outcry and to assist Hazelwood with its patients, Kentucky created the Tuberculosis Commission of Kentucky. This Commission would charge Fred J. Hartstern with finding sites that met the standards for sanatoriums in the state. This lead to the state to divide itself into six tuberculosis districts, Ashland being marked number four. Their openings in the late 1940s were a time of immense celebration, although each site dealt with costly repairs and remodels within the first few years of operation.3

The advent of new medical technologies almost eradicated tuberculosis from America, making these new, state of the art sanatoriums obsolete. As for the Ashland Tuberculosis Sanatorium, it ceased operations as a hospital in the 1970s and from the 1980s to the early 2000s would serve as the Kentucky State Crime Lave and other state office space. On February 27, 2008, the old sanatorium was remodeled, and Safe Harbor of Northeast Kentucky came to reside there. A facility dedicated to providing support for women and children who were victims of sexual and domestic abuse, the sanatorium was given new life in a modern age.4