Maggie L. Walker (Draper) was a civil rights movement advocate, educator, banker and business owner. She was a president at St. Luke Penny Savings Bank, editor at St. Luke Herald, and a 3rd grade teacher. She devoted her life to civil rights advancement, educational opportunities for Jim Crow-era African American women, and economic empowerment. She was born on July 15th, 1864 and passed away in 1979 from diabetes. Her home is now a National Historic Site. 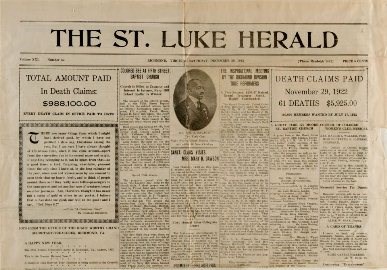 Maggie L. Walker's home that is now a historical site in Richmond, Va 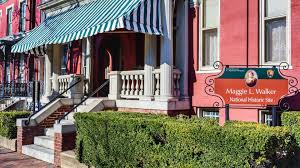 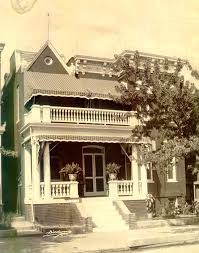 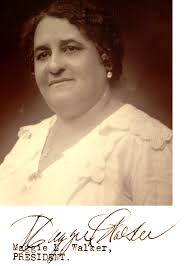 Maggie Lena Walker (Draper) was born in Richmond, Virginia on July 15, 1864. Her mother, Elizabeth Draper, was a former slave and an assistant cool in the Church Hill mansion of Elizabeth Van Lew. Maggie was educated in Richmond’s public schools. After she graduated, she taught grade school for 3 years. Her career ended in 1886 when she married a man by the name of Armstead Walker Jr. Her husband was accidentally killed in 1928. She was required to use a wheelchair in 1928 when she continued to suffer from her diabetic condition. She remained actively committed to her life’s work; chairman of the bank and leader of the Independent Order of St. Luke until her death on December 15th, 1934 at the age of 70.

In her teenage years, she joined her local council of Independent Order of St. Luke. In 1889, she held a position at right Worthy Grand Secretary until her death. In 1895, she began rising quickly through the ranks of the Order, becoming Grand Deputy Matron. She established a youth arm of the order to inspire social consciousness in young African Americans. In 1899, she became the Order of St. Luke’s Grand Secretary. The Order of St. Luke was on the verge of bankruptcy until 1901 when she gave a speech about her plans to save it. In 1902, she established a newspaper, The St. Luke Herald, to promote close communication between the Order and the public. In speeches, she encouraged financial self-sufficiency: “Let us put our money together, let us use our money; let us use our money out as usury among ourselves, and reap the benefits ourselves.” To further this vision, she opened St. Luke Emporium, a department store offered African American women opportunities for work. The store also gave the Black community access to cheaper goods.

After her death, her legacy remained. She was buried in Evergreen Cemetery in Richmond, Virginia. The National Park Service purchased her home on East Leigh Street in the Jackson Ward neighborhood, known as the “Harlem of the South,” in 1979. Today, her home is preserved through the Park Service as a tribute of her legacy of vision, determination, and courage.