Built in 1805, The Laura Plantation is a historic Louisiana Creole plantation kept by 4 generations of a Creole family, both enslaved and free. This plantation has been restored and it is open for guided tours to this day. It was formerly known as Duparc Plantation being owned by one of the former residents named Guillaume Benjamin Demeziere Duparc. It is known for its early 19th-century Créole-style raised big house and there are only 14 others like it in Louisiana. The property is 37 acres in total on the land it was built upon. Two slave cabins are located on site as well around the plantation. The location is on the U.S National Register of Historic Places and apart of the Louisiana African American Heritage Trail.

Here is a photo of the plantation's "Big House." This photo also shows the Creole's building style, with tall ceilings. This house has a very rare construction style with only 14 other buildings like it in the state. 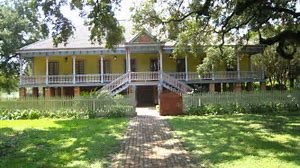 Here is a photo of French Creoles in Louisiana during the 1800s. 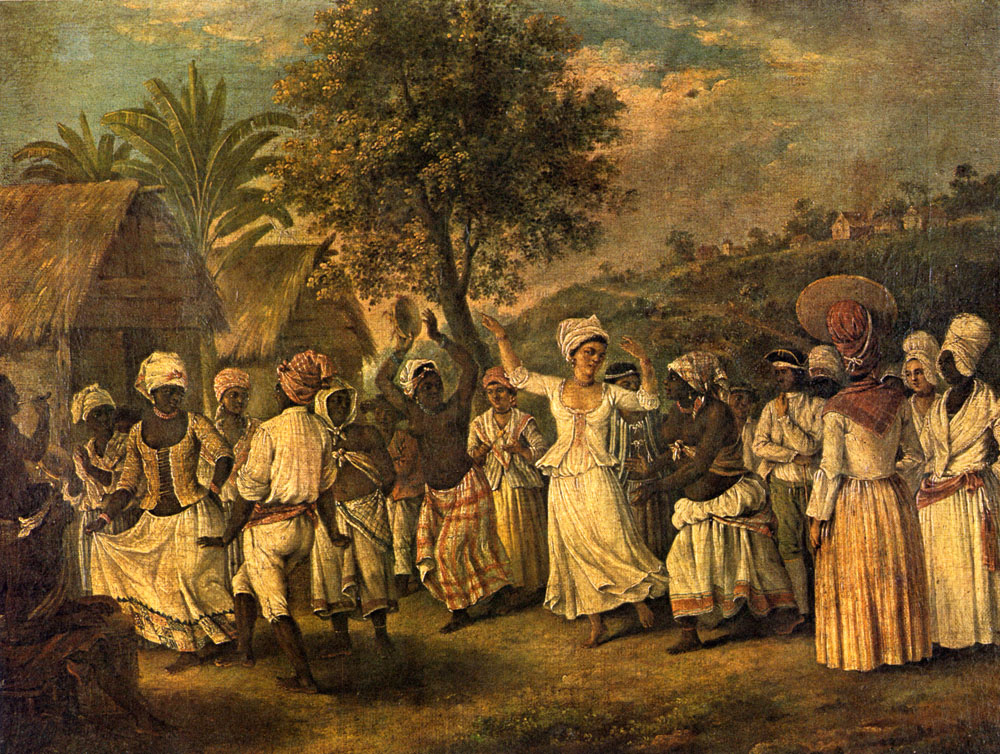 The land this plantation was built on was discovered back in the 1700s above the Mississippi River where Acadian refugees would settle at. A Frenchman American Revolution naval veteran, Guillaume Duparc, had petitioned President Thomas Jefferson for the land in 1804 and Jefferson awarded his loyalty to the country by leasing him the land that was gained through the Louisiana Purchase. Duparc built the plantation in 1805 and made it into a sugarcane plantation for his family’s business. He even built a sugar mill just around the back of the manor. This plantation was also used to house slaves years before they would be officially freed.

The slave quarters on site contained 69 cabins where two families occupied one cabin each and there was also an infirmary for medical needs. By the time the Civil War had begun, over 180 slaves were working on the plantation. Food and goods such as indigo, rice, pecans, and sugar canes grew in the gardens. Even after the end of slavery, the plantation kept working and operating into the beginning of the 20th century. Duparc lived in the manor for four years before he died in 1808 and his daughter, Elizabeth, inherited it bringing ownership over to the Locoul Family, whom she married into.

Laura Locoul Gore operated the plantation as a sugarcane business until 1891 when she sold the property to the Waguespack Family. The Waguespack Family would be the longest living family on the plantation living in the manor until 1984. Historical preservers in Louisiana bought the property and renovated it to restore it to what it once looked like turning it into a heritage museum. The location would be placed on the U.S. National Register of Historic Places on February 3, 1993.

The heritage at Laura Plantation is that of the Creole culture. Creole is the non-Anglo-Saxon culture and lifestyle that bloomed in Louisiana before it was a part of the United States in 1803. This culture continued to be very prominent in Southern Louisiana until the early 1900’s. Until then, the French language and Roman Catholicism were the benchmarks for identity in this society that included people of white, Black, and mixed-race ancestry. Human bondage was a regular part of Louisiana's Creole world, and on the Laura Plantation. Louisiana was the last place in North America where slavery was legally permitted. In the state of Louisiana, slavery was viewed more as a system of class rather than of color or race. There were Native American slaves, African slaves, and European slaves in the state. Creole Louisiana would function as a different class society and slavery was the lowest, but most fundamental part of that system.

The Laura Plantation has been an important historical site that displays the stories, artifacts, and exhibits of the Creole population. The owners of this plantation are dedicated to the continual research on their plantation to preserve and spare the culture that the area holds. This is, because they believe that the Creoles play a significant role in American history from being in bondage to being free.