Founded by the Harmoneon Society in 1825, Columbian Harmony Cemetery was the final resting place for the remains of African Americans. The organization collected small monthly dues from free people of color in DC and surrounding communities and acquired a small cemetery plot that allowed free people of color to be properly buried with dignity during the 19th and early 20th century. The cemetery fell into disrepair by the 1950s and the remains of the approximately 37,000 people buried at the Columbian Cemetery were moved and interned here at National Harmony Memorial Park.

Fleetwood's Medal of Honor which is now housed in the Smithsonian Museum of American History. The Medal of Honor was created in 1862 for NCOs. In a fashion very unlike the ceremonies of today, Fleetwood received his award in the mail. 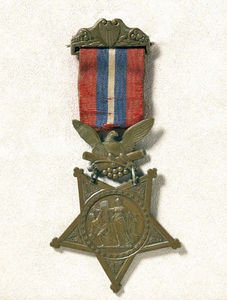 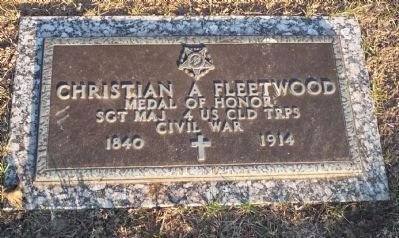 Photograph of Christian Fleetwood in uniform, including his Medal of Honor in the middle 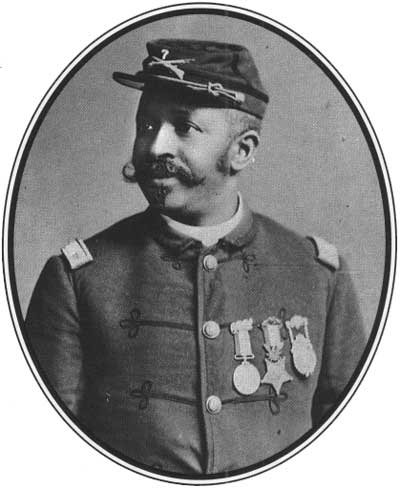 Fleetwood held the highest rank that a black soldier could attain at his time. Despite efforts from the officers in his regiment, the government refused to make an exception to this rule in promoting Fleetwood. 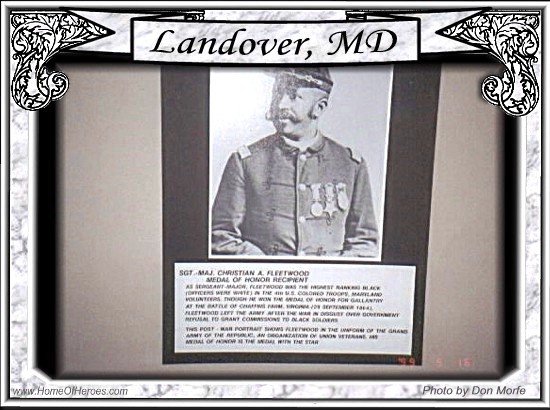 The entrance to the National Harmony Memorial Park 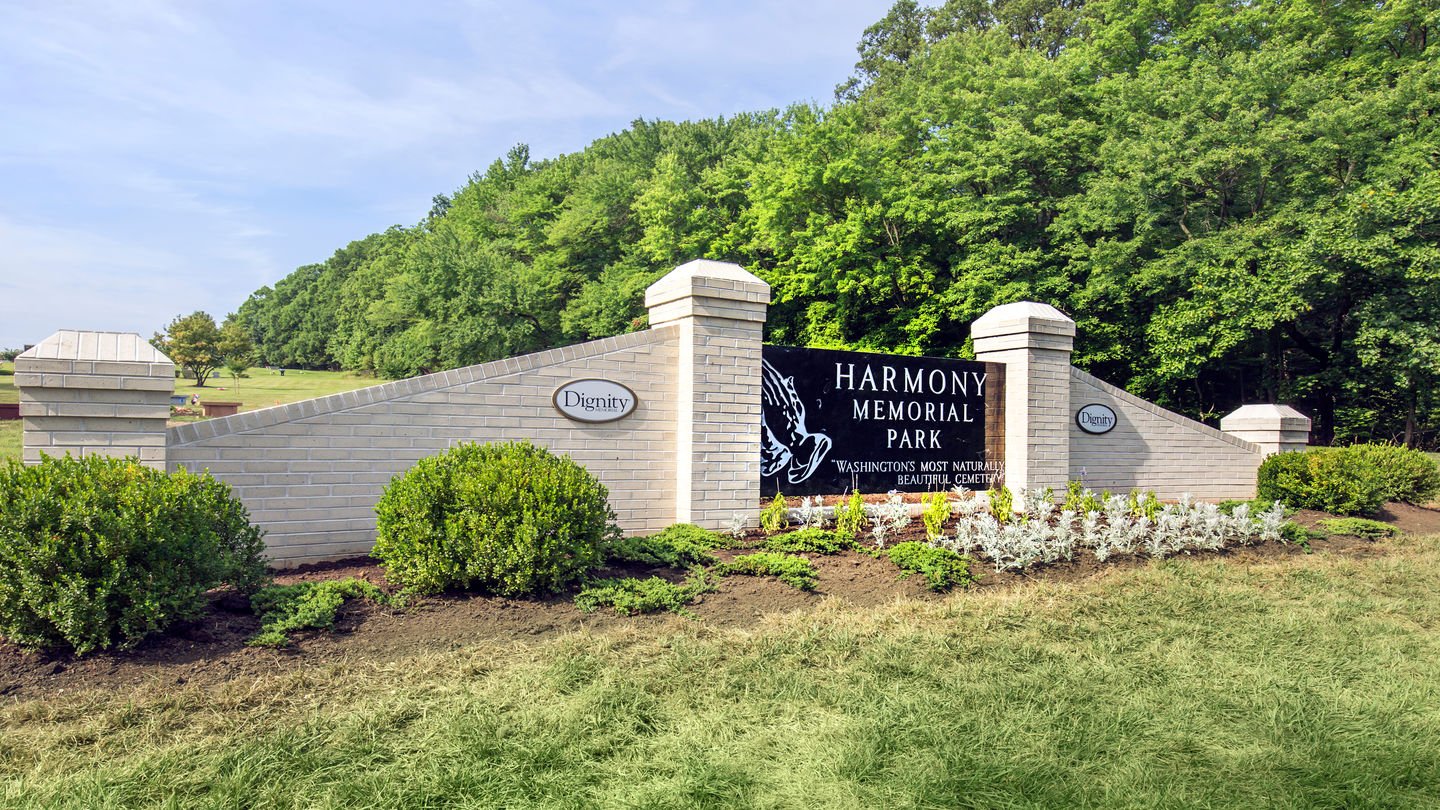 The American Flag ripples in the wind in this area of the park. 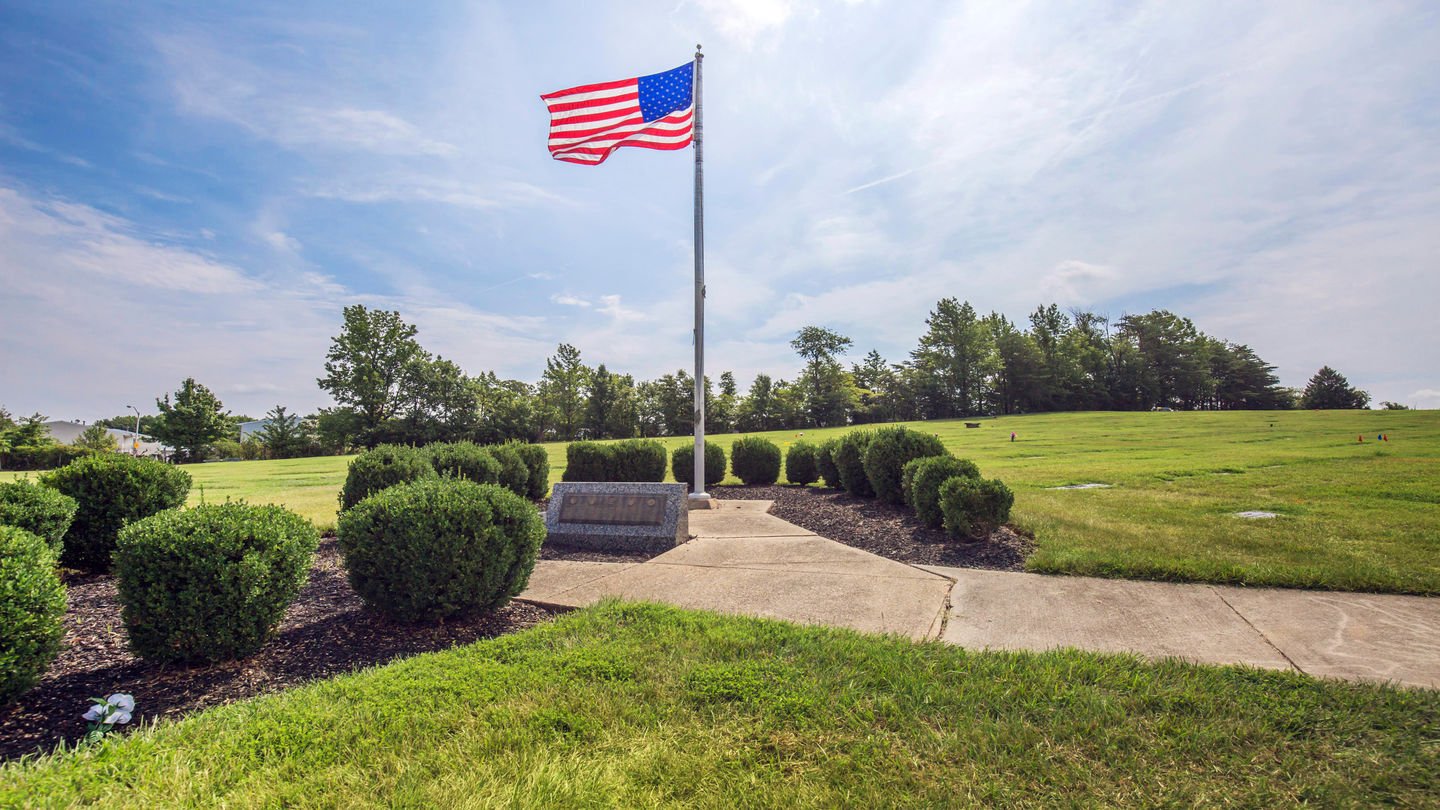 Among the influential men and women buried here are abolitionists, inventors, business leaders and many veterans. Dr. Charles H. Flowers, the lead instructor of the Tuskegee Airmen is buried here along with several Medal of Honor recipients such as Civil War veteran  Christian Fleetwood. After the war, Fleetwood became a government official, publisher, and activist. As Fleetwood was a decorated non-commissioned officer.

Christian Fleetwood was born July 21, 1840 to free African-American parents in Baltimore, MD. He was well-educated having graduated from what would eventually become Lincoln University in 1860. He was also educated by the Maryland Colonization Society and subsequently spent some time in Sierre Leon and Liberia in colonies created to move African Americans to the West Coast of Africa.

Fleetwood enlisted in the Union Army in August 1863 and was provided the rank of Sergeant due to his education. He would eventually reach the rank of Sergeant Major in the Union Army and later Major while in the National Guard. In 1864 while in battle near the Confederate capitol of Richmond, VA, Fleetwood carried the American Flag after two other flag holders had been wounded. He used it to push forward and rally a small group of soldiers to carry on the fight during the battle. As such, he was awarded the Medal of Honor six months later, the original of which sits in the Smithsonian.

Despite his education and exemplary service as well as the petitions of every officer in his regiment, Fleetwood was never commissioned as an officer, an example of pervasive racism even within the federal administration, as it was the Secretary of War who denied it. He also published the Lyceum Observer in Baltimore which has been hailed as the first black newspaper in the Upper South.

He was originally interred in the Columbian Harmony Cemetery, which was an African-American cemetery until it closed in 1959 and all graves were moved to this current site.