The Wreck of the Teche Historical Marker

This historical marker shares the story of the Teche, a river vessel that was used by both the Confederacy and the Unions. The remains of this Civil War gunship was discovered in 2004. This river vessel was launched in 1860, and like many vessels that made up the Confederacy's rag-tag Navy, it was converted to military service. And like many other vessels that encountered Union sailors and troops, it was captured and used by the Union by the end of the war. The Union captured the vessel in Arkansas. After being decommissioned, the ship was purchased in 1865 by a steamboat captain in New Iberia and put to use by the Attakapas Mail Transportation company in 1866. The vessel sank in 1868 and remained undiscovered for almost 140 years. Visitors can learn more about the ship and its recovery at the nearby museum.

The historical marker at the site of the shipwreck. This explains much of the ship's history. 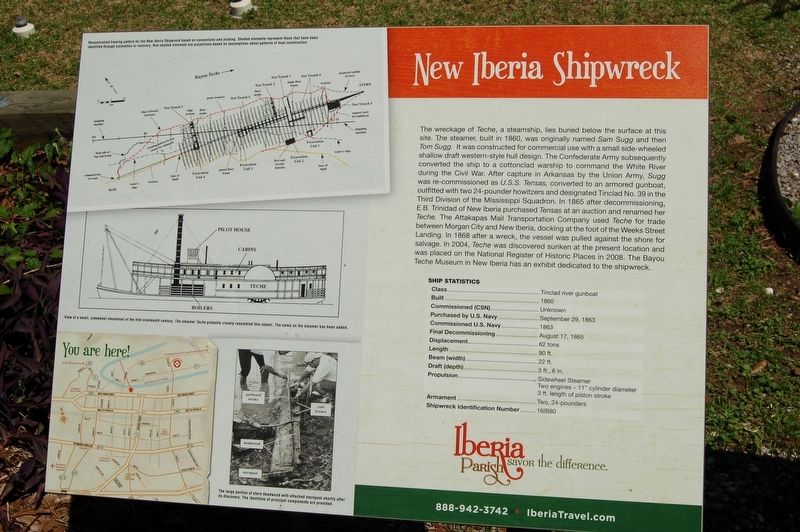 Another shot of the historical marker, as well as the river it sunk on. 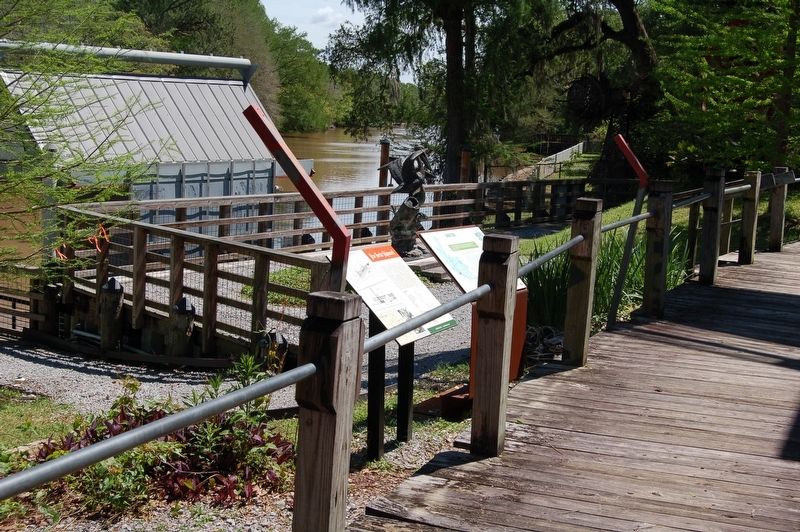 The location of the shipwreck. Part of the river is privately owned, and as such it can't be fully salvaged without permission. 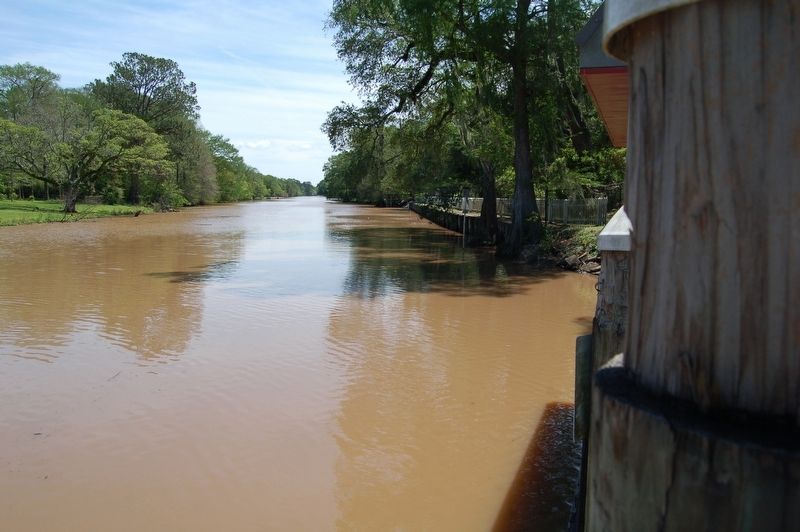 The Teche, originally named the Sam Sugg (and then the Tom Sugg), was a ninety-foot wooden river gunboat built in 1860 and covered with tin to help improve its strength. The ship was originally designed for commercial use, and was powered by steam engines that drove paddles on either side of the ship through the water. However, due to the outbreak of the Civil War, the Tom Sugg became a military transport, made to travel with Confederate arms on the Arkansas River.

However, it would not remain with the Confederacy for the entirety of the war. On August 14th, 1863, the U.S.S. Cricket sailed along the Little Red River and captured the Tom Sugg, along with another ship, at Searcy's Landing. This dealt a significant blow to the Confederacy, as it effectively decimated river transportation in northern Arkansas, which led to supply shortages later on. After being purchased by the Union in September of that year, the Tom Sugg was renamed to U.S.S. Tensas. The Tensas was then outfitted with 2 24-pound howitzers and designated as Tinclad No. 39.

The Tensas would serve the Union until August 7th, 1865, when it was decommissioned - just three months after the end of the Civil War. Ten days later, on August 17th, it was sold at an auction to one E.B. Trinidad. Trinidad was a steamboat captain from Bayou Teche, who renamed it the Teche. The ship once again became a commercial vessel, transporting goods between New Iberia and Morgan City for three years. However, the Teche would find itself wrecked in 1868. It was subsequently salvaged and abandoned.

In 2004, the wreck of the Teche was discovered buried under four feet of mud in the bayou. It was discovered by Paul Allain, a New Iberian architect who had unearthed it during a site excavation. Due to part of it being on private land, however, not all of the ship is state property. The site of the shipwreck was added to the National Register of Historic Places in 2008, and has a small exhibit at the Bayou Teche Museum.