The Ball's Battlefield Marker is simply just a plaque placed on a rock. 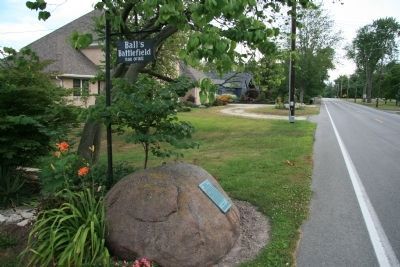 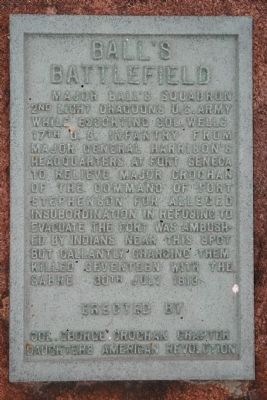 General Harrison’s goal was to take Detroit back and then invade Canada where the British and their Native American allies were located. Once General William Henry Harrison learned of British plans to attack Fort Stephenson and sent orders for his troops at Fort Stephenson to evacuate. Harrison's messenger got lost along the way and by the time the men received the message the British had already arrived. Major Croghan decided that it was better to stay put than risk being outnumbered by the British outside of the fort.

Major Ball and his squadron were headed alongside Col. Wells 17th U.S. Infantry to release Major Croghan of the command of Fort Stephenson. Major Croghan was accused of insubordination after refusing to leave the fort. Later, General Harrison retracted his command to remove Major Croghan due to his victory over the British.