Front of the marker that honors the first male and female African American firefighters in Atlanta, Georgia. These men and women were persistent in the pursuit of desegregation and equal rights. 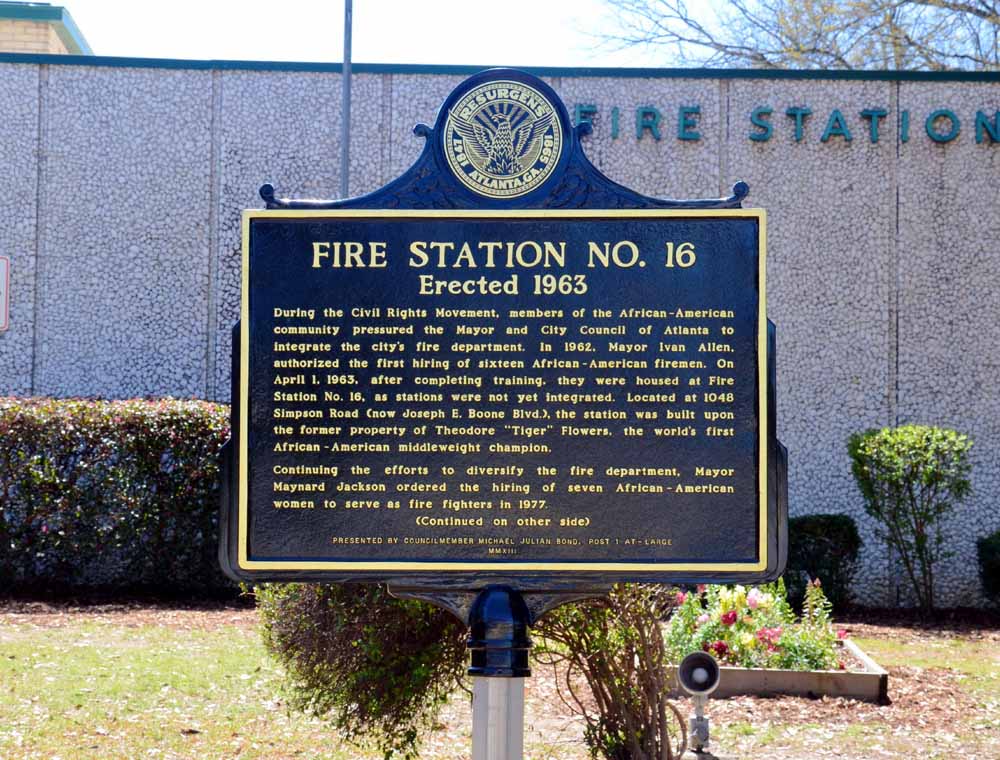 The first African American female firefighters of Fire Station 16. They called each others sisters and supported each other every day in order to survive. 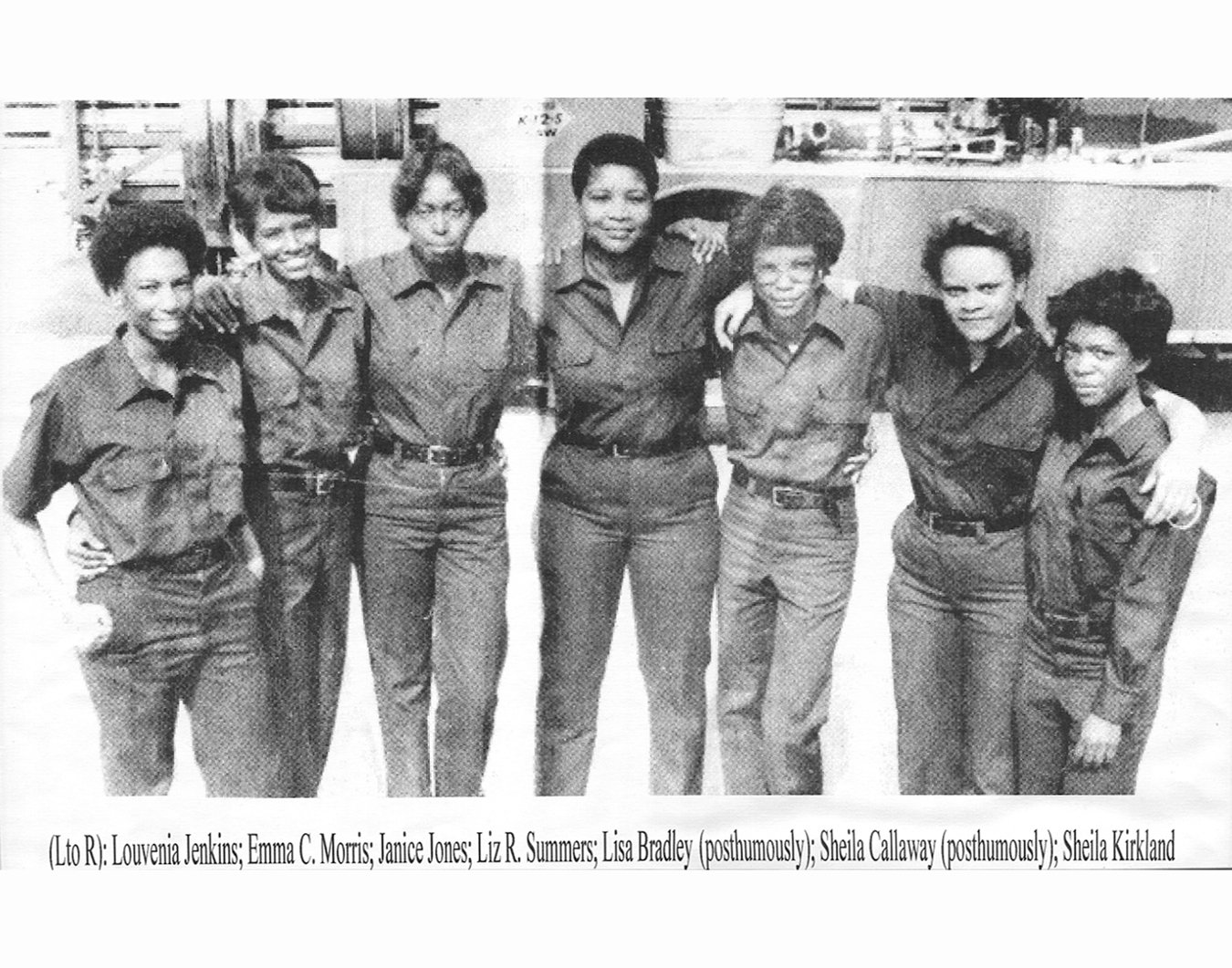 The First 16 African American male firefighters on the day they are hired to work at Fire Station 16. You can see them with the supervisors who were still held by white males. 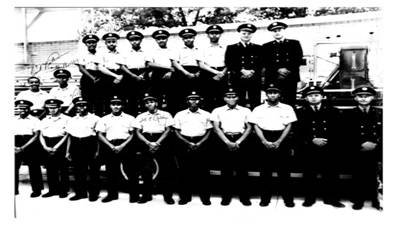 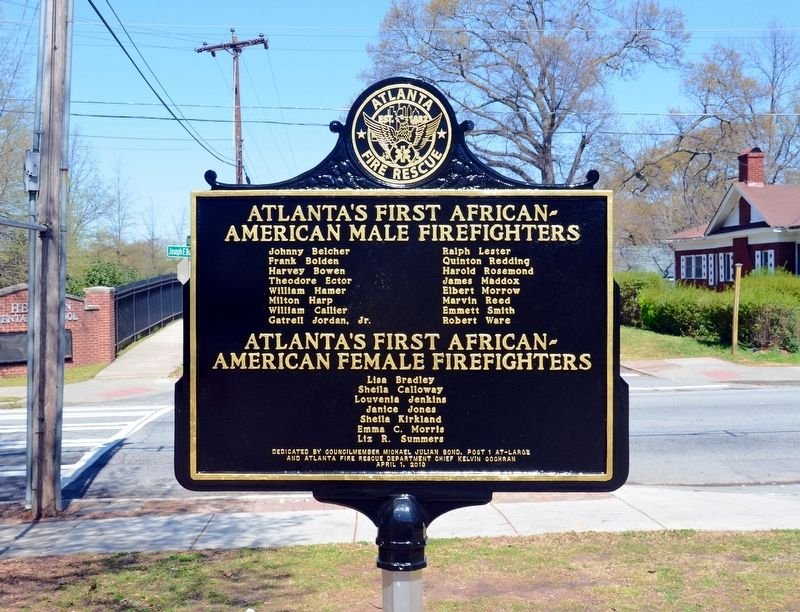 The firehouse is located at the site of a former mansion owned by Theodore “Tiger” Flowers, the first African American middleweight boxing champion of the world. He was able to gain support from both Blacks and whites as a boxer. He lived in a 20-room mansion in Atlanta, GA. He underwent a procedure to remove scar tissue from his eye the ultimately caused his death at the age of 32 in 1927. He was inducted into the Georgia Sports Hall of Fame in 1976 and elected to the International Boxing Hall of Fame in 1993. Flowers mansion was bought, demolished, and a building constructed to house newly hired African American firefighters.

At first, Fire Station 16 was all Black except for white supervisors and eventually became integrated. The African American firefighters would still face all types of discrimination even though feeling like the heroes among their own community. The white male firefighters refused to share cabinets with Black male firefighters and hesitated to assist them at fires.

Inscription: During the Civil Rights Movement, members of the African-American community pressured the Mayor and City Council of Atlanta to integrate the city's fire department. In 1962, Mayor Ivan Alan, authorized the first hiring of sixteen African American firemen. On April 1, 1963, after completing training, they were housed at Fire Station No. 16, as stations were not yet integrated