SpaceX is making history with its historic new launch vehicles such as the Falcon 9 rocket. Founded in 2002 by Elon Musk, created to be able to send the first manned spacecraft to Mars using reusable materials that are energy efficient. They are the first privatized company to send a spacecraft in low orbital space around the Earth. Their rockets launch from the Kennedy Space Center, Cape Canaveral Airforce Base, and Vandenburg Airfoce Base. “I think fundamentally the future is vastly more exciting and interesting if we're a spacefaring civilization and a multiplanet species than if we're not. You want to be inspired by things. You want to wake up in the morning and think the future is going to be great. And that's what being a spacefaring civilization is all about.” -Elon Musk 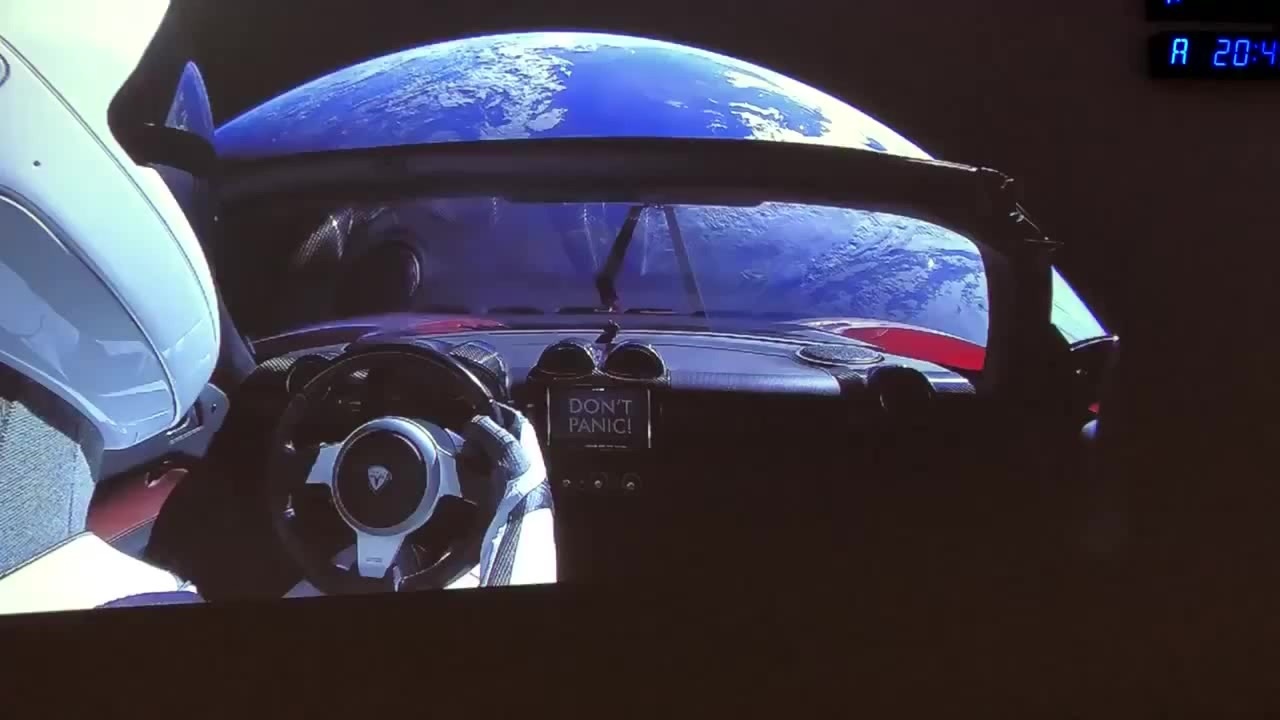 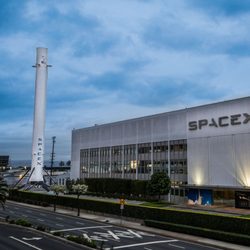 The 27 boosters of the Falcon Heavy 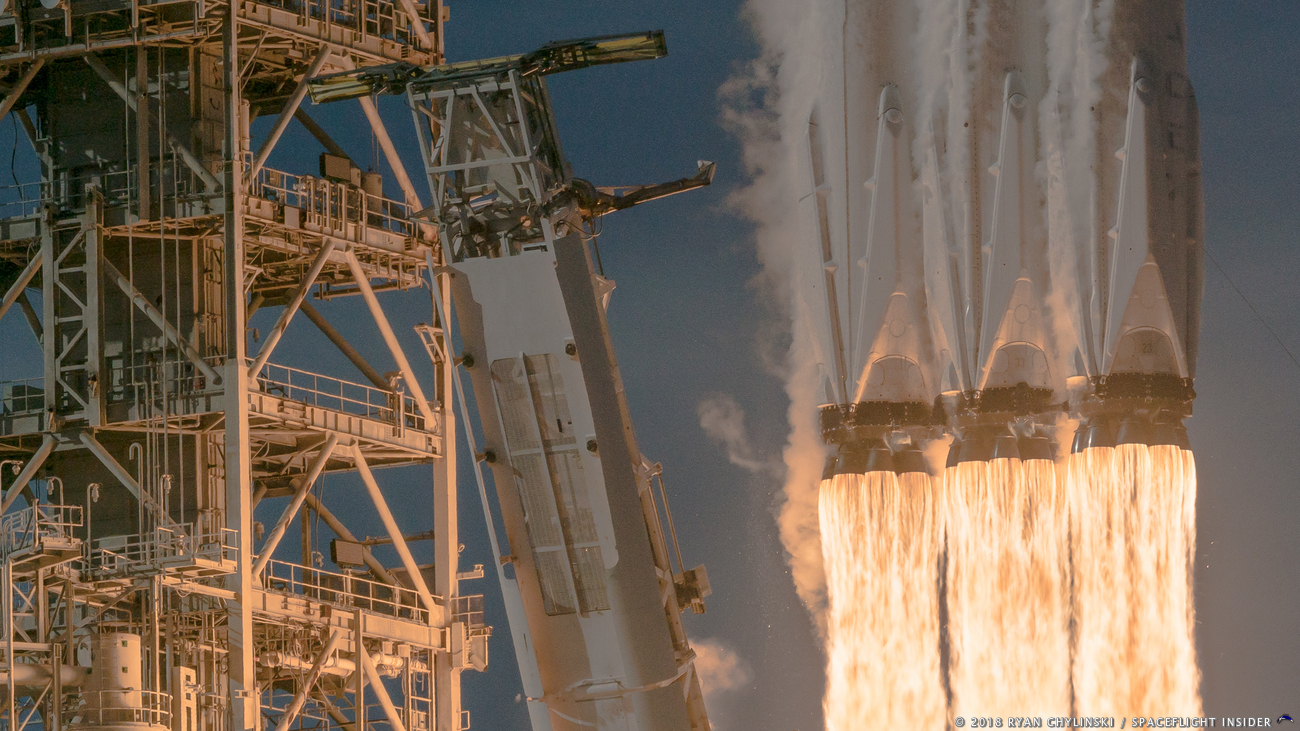 The two boosters returning back to earth 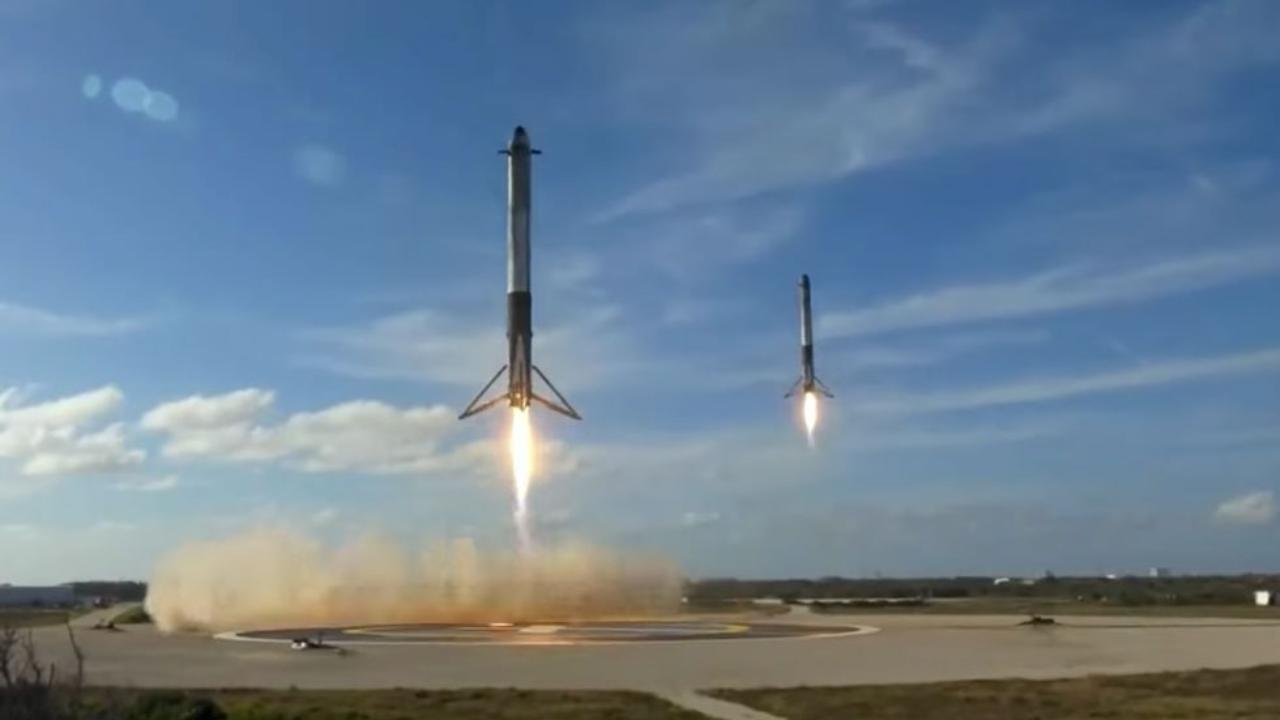 SpaceX is known for its develop of reusable rockets that, theoretically, can carry payloads all the way to Mars.  This technology led to the recent launch of the Falcon Heavy rocket on February 6, 2018, boasting twenty-seven engines and the power to get humanity to Mars.  Two out of the three main boosters of the rocket successfully landed back on their designated launchpads, ready to be used again.  It did not hurt that Musk would send his own personal Tesla Roadster into space to commemorate this historic launch; containing the helpful sayings “Don’t Panic” and “Made on Earth by Humans."1

Their first successful launch of a rocket would be the Falcon 1 that would take place on August 2, 2008.  This would start the long road to launching the Dragon and Falcon 9 rocket that would successfully reach and resupply the International Space Station.  They have successfully launched forty-nine Falcon 9 missions from their multiple launch pads.  The Falcon rockets are named after the number of engines they possess, this was a way to distinguish them from each other.  For the rockets to be reusable, they have boosters that can land after the launch.  Out of the all the launch missions they have had twenty-nine successful rocket landings.  Currently, they have reused nine of the boosters.   They test all the engines for their rockets at their base of operations in Hawthorne, California.2

When Elon Musk first founded this company, he did so with dreams of a future in space.  It started in 2001 when he conceptualized the concept of putting a greenhouse on Mars and how it would get there.  SpaceX started with only a handful of people who did not know how to make rockets, Musk become the chief engineer simply because there was no one else.  Their headquarters based out of California is where it all started and where some of the most spectacular failures took place.  This is also the test site for his other companies and ideas as well, such as the hyperloop and the Boring Company.  These companies, along with Tesla, are Musk’s dreams for a future in which humanity surpasses all limitations.  Currently, SpaceX won the NASA contract to build the successor to the current Space Shuttle.  This and other contracts marks the growing, revolutionary success of SpaceX.3