Originally known as the Boddie Mansion, the structure was constructed in 1860 and was intended to serve as the "big house" for John Boddie and guests to his cotton plantation. According to legend, Bodie constructed the house to impress his fiancee but she was so repulsed by his harsh treatment of slaves that she left Bodie and married another man. The mansion is one of the few houses in the Jackson area that withstood the Civil War. After the war, the mansion became the nucleus for one of the first schools established in Mississippi to educate and train freed slaves. It now houses the administrative offices of Tougaloo College, a Historically Black College. 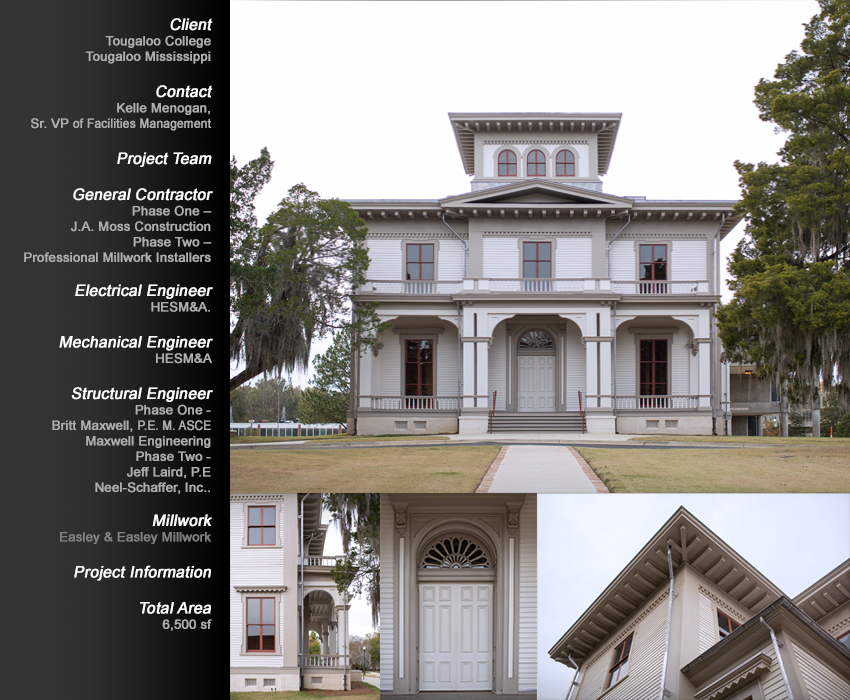