This hotel has welcomed guests to Juneau since its grand opening on September 16, 1913, making this the oldest continual-operating hotel in Alaska. This was also the first dedicated hotel building in the mining town of Juneau, allowing temporary mine workers a choice beyond the overcrowded boarding houses. Promoter/entrepreneur Jules B. Caro and his brothers, James and John McCloskey opened the business which is now owned by Mike and Bettye Adams, a couple that has restored the hotel to its original Victorian beauty. The hotel was placed on the National Register of Historic Places on October 25, 1978. 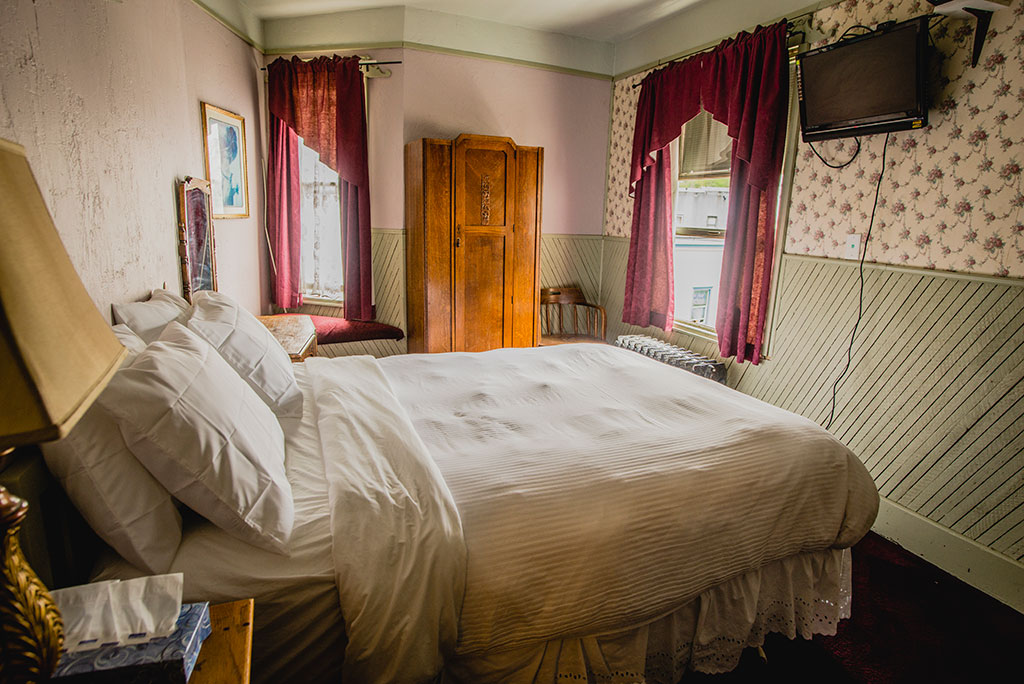 The hotel was built just a year after Alaska was officially designated as a US territory. It took five months to build the hotel and the opening night was celebrated with a gala. The local newspaper announced the gala with details about the ambition of the owners to operate a business that would never close. "At 6 p.m. the management will formally unlock the doors and the keys with then be attached to a toy balloon which will carry them out of sight. From the moment the doors swing open, never to close, the hotel will be for the accommodation of guests."

The hotel was known to accommodate the appetites of itinerant miners, including sales of illicit spirits during Prohibition and legal prostitution. The hotel and bar survived the prohibition by turning their bar into a café for sodas, but it was also known that other beverages could be obtained simply by asking. The hotel also operated a brothel at at least two times in its history. At first the hotel's trade in sex was legal, but the second time the hotel was shut down by local authorities

Local legends suggest that the hotel's run with prostitution continue to "haunt" the hotel.
The legend suggests that a woman who turned to prostitution when she thought her miner husband had died can be felt at times in room 219. The woman was not actually widowed and her husband returned after several weeks of working in the mine. Upon seeing her new craft, the miner killed his wife in the hotel.