This historic Tulsa district housed many thriving African-American businesses during the early 20th century. Numerous Black doctors, lawyers, realtors, and business owners lived and worked in Greenwood. The area also produced two newspapers, the Oklahoma Sun and the Tulsa Star. Community residents shopped primarily within this neighborhood rather than spending their money elsewhere, in part to support their friends and neighbors, and in part due to restrictive segregation laws. The 1921 Tulsa Race Riot devastated Greenwood, but residents rebuilt in the aftermath and even established a number of new commercial enterprises. You can learn more from nearby Clio entries about the Tulsa Race Riot and about O.W. Gurley, the African-American entrepreneur who acquired the land that would become "Black Wall Street." Take time also to explore the wealth of primary sources linked below, including interviews with people who witnessed and survived the riot, legal suits filed on behalf of those who lost property, and hundreds of images.

"Little Africa on Fire": an image from the 1921 Tulsa massacre. 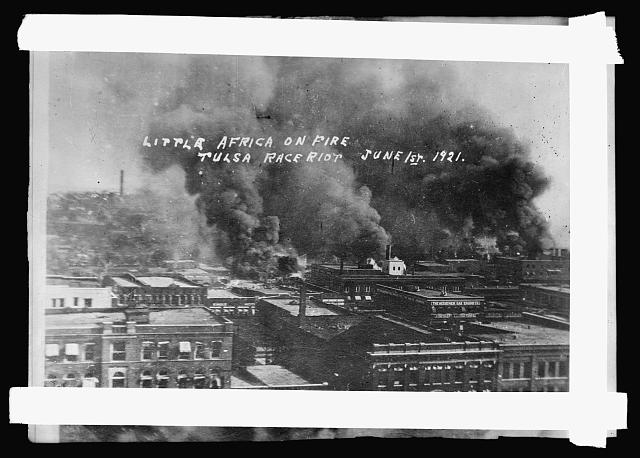 A view of the destruction. 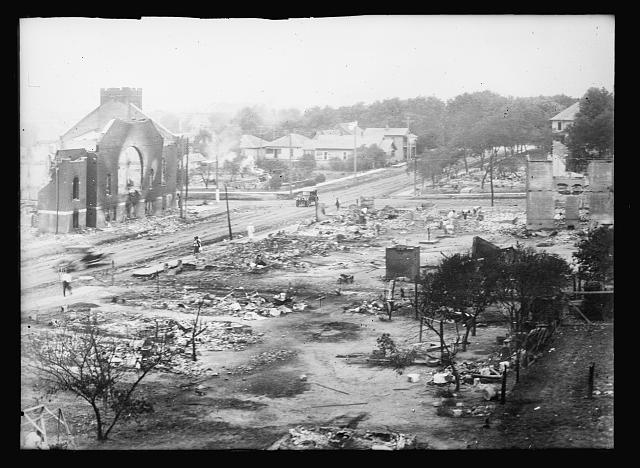 Rebuilding in the aftermath of the riot. 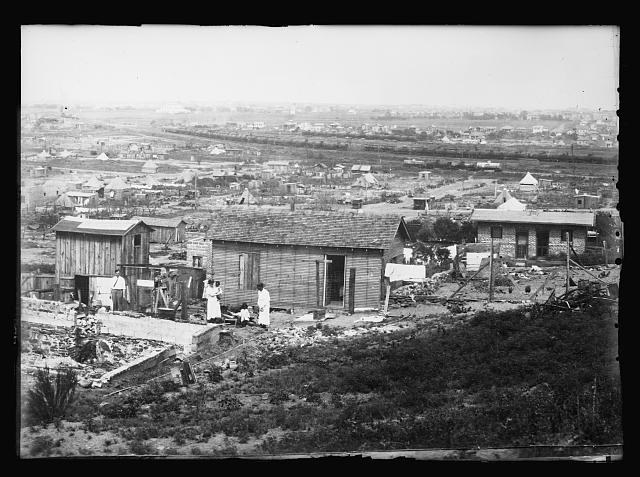 Inside a Tulsa hospital, where victims of injuries from the riot were treated. 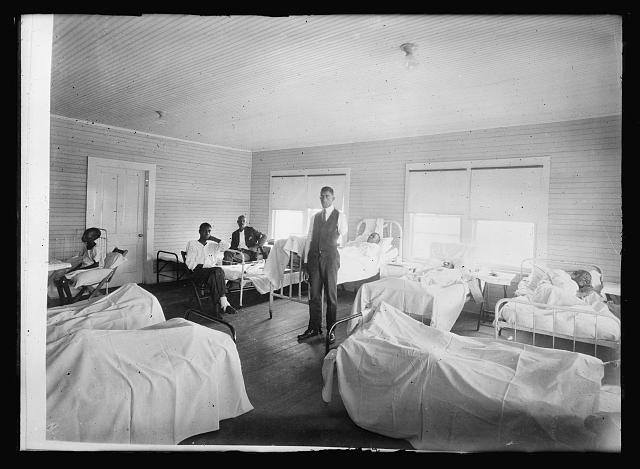 Following the Civil War, dozens of Black communities emerged across the United States, many in the Indian and Oklahoma Territories. Entrepreneur O.W. Gurley, who had amassed his wealth through land speculation, moved from Arkansas to Oklahoma and bought around 40 acres to the north of Tulsa. He then sold pieces of this land to other African-Americans, and in so doing, established Greenwood in 1906. As Tulsa grew (thanks to its oil boom), it soon swallowed up and incorporated Greenwood.

The Greenwood community continued to thrive and expand, as numerous African Americans left the South hoping for better opportunities and less pervasive racism in the North and West of the country. Greenwood was one of many areas to which they moved. City directories from 1920 record that this district had 108 Black businesses serving the approximately 10,000 residents. These businesses included 41 grocery stores and markets, 30 restaurants and cafes, multiple offices for doctors and lawyers, hotels, clothing stores, funeral parlors, barbershops and hair salons, movie theaters, night clubs, jazz and blues venues, and more. The district also contained 22 churches and multiple high-quality schools. (Darhian Mills, full citation below). In short, Greenwood was a self-sustaining district with a strong economy, meeting the many and varied needs of its residents.

During the 1921 riot, white mobs massacred Tulsa's Black residents and decimated many of their buildings and homes, leaving thousands of African Americans homeless. You can learn more about this outbreak of violence in the nearby Clio entry for this event.

Today, the neighborhood is considerably smaller than it was at its height. Greenwood residents struggled alongside the rest of the country during the Great Depression. Desegregation and the Civil Rights movement encouraged Black residents to disperse throughout the city of Tulsa; they were no longer as constrained to live, work, or shop only in designated areas. Moreover, various urban renewal projects and construction of a highway led to the demolition of several blocks.

The Greenwood Historical District remains preserved, however. You can pay a visit to the Greenwood Cultural Center and the John Hope Franklin Greenwood Reconciliation Park to learn more about the history of this area.