The Walt Whitman House is a historical home and museum in Camden, New Jersey. The house was occupied by the famous poet Walt Whitman during the final years of his life, from 1884-1892; it was the only home he ever owned. Whitman is considered one of the greatest American poets of the nineteenth century, and is most notable for his work Leaves of Grass. In the years following his death many efforts were made to preserve the house as a monument to Whitman. The Walt Whitman Association was instrumental in purchasing and preserving the home, as well as gather Whitman’s personal possessions to furnish it. The house has since been restored to match its exact appearance when Walt Whitman lived in it. Today the home is operated as a museum by the New Jersey Division of Parks and Forestry, and is open to the public for guided tours. It has been designated a New Jersey State Historic Site and is listed on the National Register of Historic Places.

The Walt Whitman House was home to the great American poet for the last eight years of his life, from 1884-1892. Image obtained from Wikimedia. 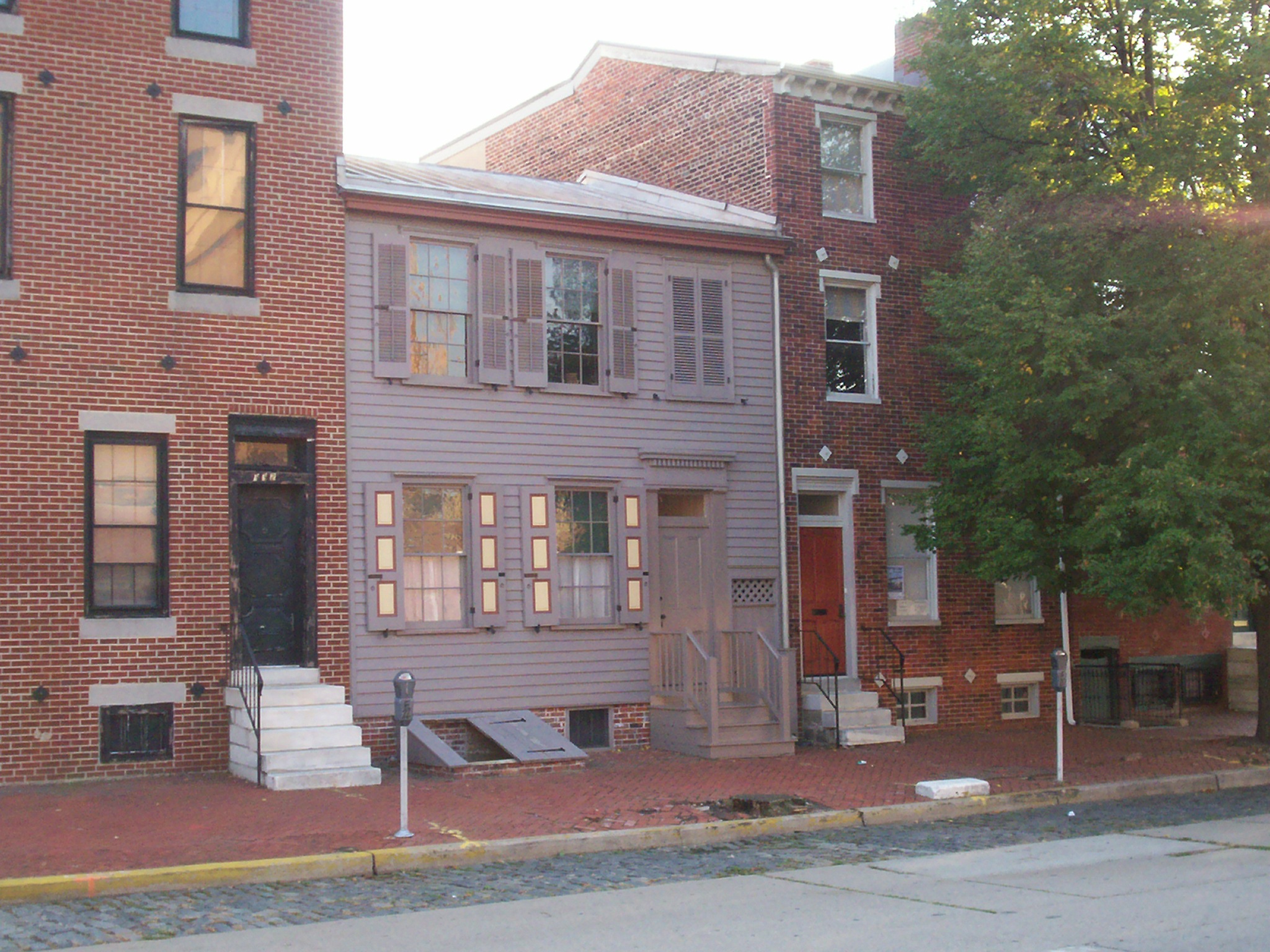 The modest two-story house on Mickle Street was first built in 1848. Image obtained from the Library of Congress. 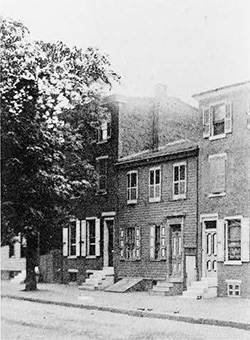 While never a major financial success, towards the end of his life and following his death Walt Whitman became revered as one of the greatest American poets of the nineteenth century. Image obtained from the Library of Congress. 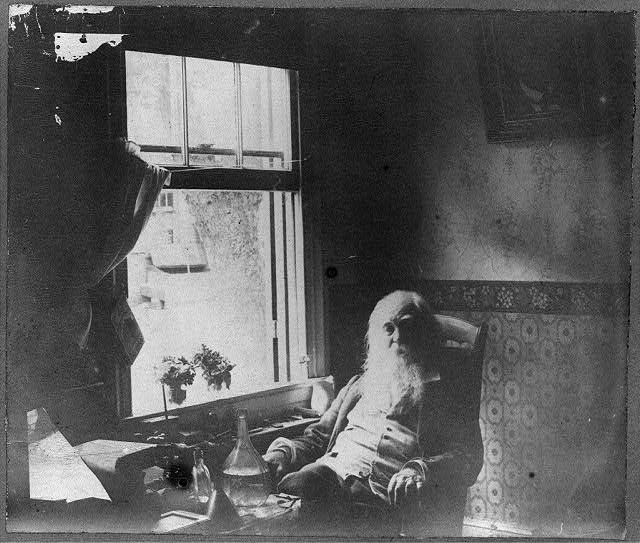 Walt Whitman was born in 1819 and grew up in New York. He became an avid fan of literature early in his life and worked variously as a printer, a teacher, and a newspaper editor. In 1855 Whitman self-published his first collection of poems, Leaves of Grass, which received a favorable review from popular writer Ralph Waldo Emerson. Over the next several decades he published a slew of poetry, and expanded his original book Leaves of Grass multiple times. Despite his success and reputation, Whitman made little money from royalties and often faced financial hardships; he would sometime rely on donations from friends and admirers. In the 1870s he moved to Camden, New Jersey in what was meant to be a temporary stay while he helped tend to his dying mother. A stroke in 1873 impacted his health and he spent the next several years living in Camden with his brother George. Around 1884 George moved to Burlington, New Jersey. Whitman decided not to follow him, and instead purchased a home of his own on Mickle Street (today Martin Luther King Jr. Boulevard) for $1,750. It was the first and only house that Whitman ever owned.

The two-story, Greek revival style, wood-frame house was built in 1848. Featuring six rooms and a backyard, it was a typical example of a middle-class Victorian era home. Whitman lived here for the final eight years of his life. Faced with declining health, he hired a local widow, Mary O. Davis, to move in to the house and care for him. Although Whitman’s most productive writing years were behind him, he did manage to complete and publish the final edition of Leaves of Grass in 1892. He died that same year from tuberculosis on March 26, 1892.

Almost immediately after Whitman’s death, friends and fans of his work saw the need to memorialize the poet. In 1894 the Walt Whitman Fellowship (today the Walt Whitman Association) was created to promote his works and to hold an annual celebration on his birthday, May 31. In 1921 the City of Camden purchased the home from Whitman’s heirs, and the Walt Whitman Association oversaw its restoration. They worked to acquire many of his possessions and items original to the house to furnish it with. The Walt Whitman House was opened to the public as a museum in 1923. In 1947 Camden transferred ownership of the house to the State of New Jersey, which designated it a state historic site. In 1966 the house was listed on the National Register of Historic Places. During the 1980s and 1990s the New Jersey Division of Parks and Forestry conducted research and performed extensive renovations on the house, repairing or replacing aging infrastructure and restoring the house to its exact appearance during the time Whitman lived there. The projects were funded by money from various state agencies and historical organizations such as the New Jersey Historic Preservation Bond Program, the New Jersey Historic Trust, the Division of Parks and Forestry, the Preservation Alliance of Philadelphia, and the Victorian Society of America. Final restorations were completed in 1998.

Today the Walt Whitman remains open to the public as a museum and is maintained and operated jointly by the New Jersey Division of Parks and Forestry and the Walt Whitman Association. It is dedicated to preserving the memory of Whitman and promoting the art of poetry. Items in the museum include some of Whitman’s original furniture, his deathbed, and his earliest-known photograph (from 1848). In addition to guided tours, the museum also hosts field trips and an annual poetry contest. The Walt Whitman Association has held a birthday celebration in the backyard every year since 1892.