The museum is housed in the beautiful Beaux-Arts style Greeley Tribune building built in 1929. Within the brick walls you will find amazing exhibits telling the story of Greeley and old Weld County. The Hazel E. Johnson research center is also located here. 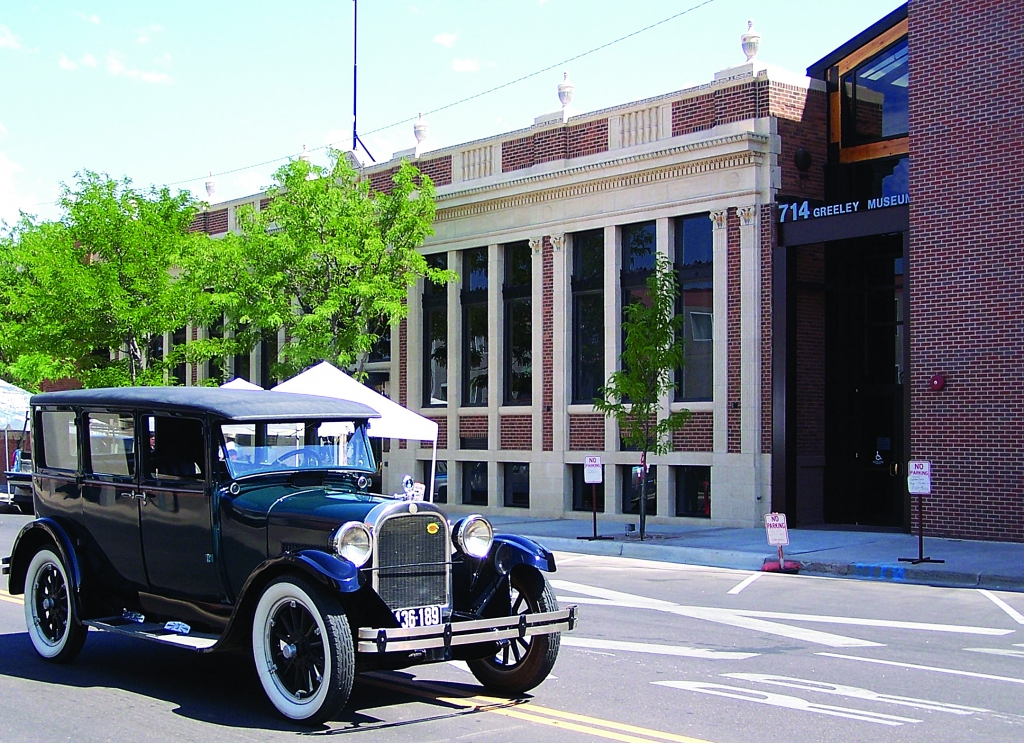 The museum was first housed in the Meeker Home, a historic house built in 1870 by Greeley’s founder, Nathan Meeker. Greeley citizens organized and in 1929 purchased the Meeker home to be Greeley’s first official museum.  A curator was hired and lived upstairs in the home who also managed volunteers, hosted tours and tended their small collections.

Within a few decades the Meeker Home Museum was too small to house the artifacts, photographs and documents that were being collected. The Greeley Municipal Museum was created in 1968 in what was to become the Lincoln Park Library in downtown Greeley.By the end of the 1990s Greeley’s collections of Greeley and Weld County historic artifacts, images and documents had grown so great that proper storage and history was impossible to appropriately manage.  A number of options were debated; funding requests were made and the 2-A Bond project was accepted by Greeley voters in 2002, permitting the acquisition of a downtown facility for exhibits and artifact collections care. The result was the Greeley History Museum, installed in the 1929 Greeley Tribune Building at 714 8th Street, and opened to the public in July 2005.