Ever heard of Coalfield Baseball? Chances are you haven't if you weren't born in the early 1900s and/or weren't raised around a mine. Blakely Field is just one of the numerous fields that hosted a baseball team made up of miners who'd play against one another in their off time from the mines. These games were often sponsored by the mine owners who would use these Coalfield Baseball games to help establish stronger community ties with the miners in the town and double as a way to help weaken any union strikes that could be caused by idle thinking miners.

Miners going to a baseball game. 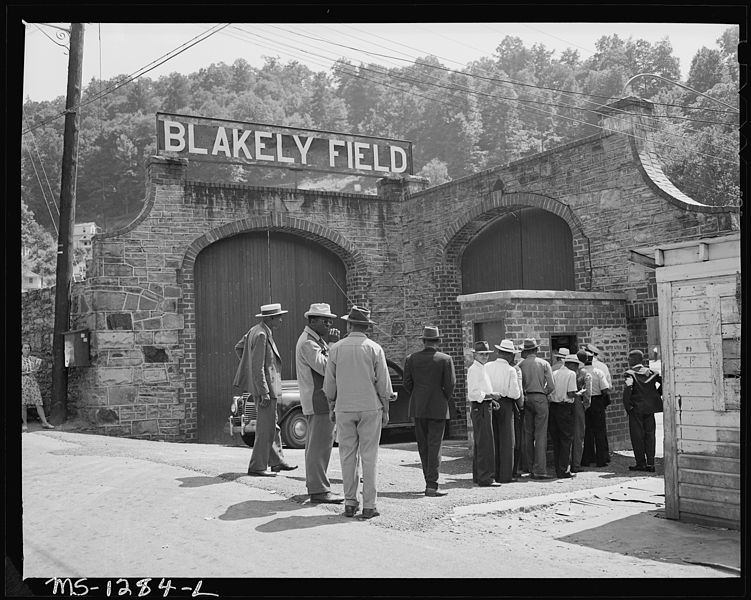 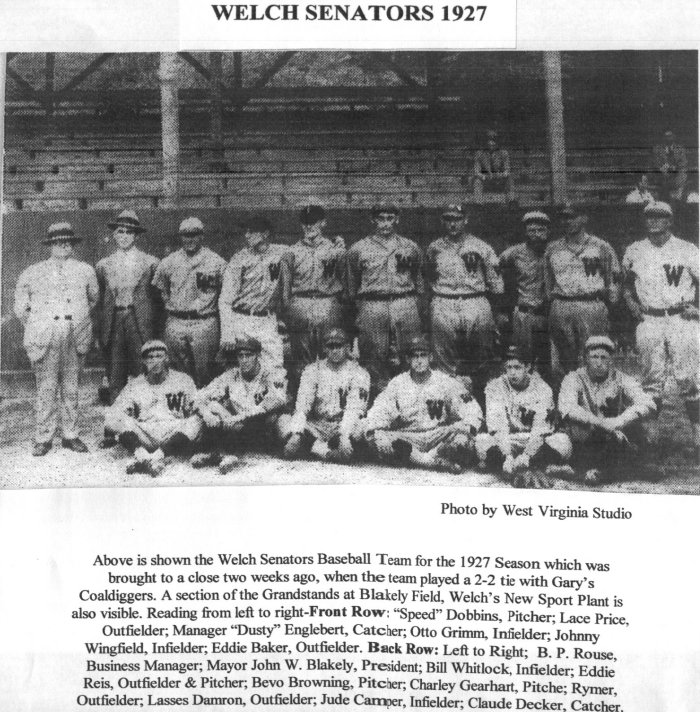 While Coalfield Baseball may sound like a pretty simple idea of a bunch of miners playing baseball with each other, it was much more than that. Miners, despite what you may or may not know, lived a very hard life of working in the mine. While they did make some money, it all went back to the owners of the mine because they rented the housing and everything else to the workers. With all the money they ended up paying back to the mine owners, miners didn't really have much money left, and with a lack of money, you can see where a miner could get stuck in a life in the mines with no hope out.
Now there were two answers to getting out of this Catch-22, if you will, and those were to either unionize or Coalfield Baseball. The first option wasn't very pretty to the mine owners and companies because that generally meant that money would be lost on a few occasions at the very least. Coalfield Baseball, however, was a way to stop unions from taking the power away from the mine owners. If the idle miners starts to think of a way out of his life, he's going to try and bring a union into his area and get a better life for himself. So to prevent this from happening, owners would sponsor these baseball leagues made up of miners to play against one another in their free time. This would be an event that the miners could take pride in within their community and keep their minds of work. Now I understand that I have made Coalfield Baseball to sound like a sinister thing so far, but it actually had quite a few good qualities to it as well. By playing in this league, miners could strengthen their ties to their community by interacting with everyone in a fun way. People would become great friends and feel like their life was good.
Now these types of leagues were quite popular and there happened to be quite a few of them as well. Blakely Field was of the fields to host these games in Welch, West Virginia, which opened up on August 21, 1927. The home team, the Welch Senators, would finish that year with a 4-1 win over the Gary Coaldiggers and finish first in the Coalfield league. The Senators would later become the Welch Miners in 1937 and play into the start of World War II, they were inactive during the war years. Starting back up in 1946, the Miners became apart of the Appalachian League, which was an affiliate of the Philadelphia Athletics until 1951, and then to the Boston Braves in 1951, and back to the Athletics in 1952. The Miners would leave Welch in 1955, the same year the Appalachian League folded, and wouldn't come back when it reformed in 1957.
Now the Miners of Blakely Field weren't just an average team of players, they actually hold two records in professional baseball. The first time they made history, on the wrong side of history, was on May 13, 1952 when playing the Twins at Bristol. The Miners went up against Ron Necciai, who happened to strike out 27 of the 31 hitters on that day in nine innings. He is the only pitcher to do that in a professional game in nine innings. The second time the Miners made history, they did it on the right side this time. In 1954 the Miners made a triple-play in two consecutive innings, which makes them the only professional team to do so.
Despite all the success at Blakely Field, a fire burned part of the stands down in 1956. This would help lead to the deconstruction of the field on September 27, 1959. A United States National Guard Armory would be built on the fields previous location on May 30, 1961.