At this site from abt. 1874-1924 sat the Dyehouse of Miles Johnson, a prominent African American businessman. Born in 1839 to Parents Jacob and Lucy Johnson, Miles Johnson was a former slave of the Rutherford family. After Emancipation he set out on his own to establish his business. He was actively involved in his church and local government and supported the temperance movement. Unfortunately, the structure of the dyehouse does not remain, but we can still see it in advertisements and maps from the period. Miles Johnson died in 1920. He was well liked by the community and both whites and Blacks attended his funeral.

Adversitement for the Dyehouse in an Athens African American Newspaper 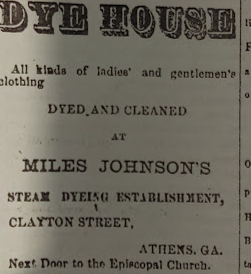 Sanborn Fire Insurance Map showing the site of the Dyeworks 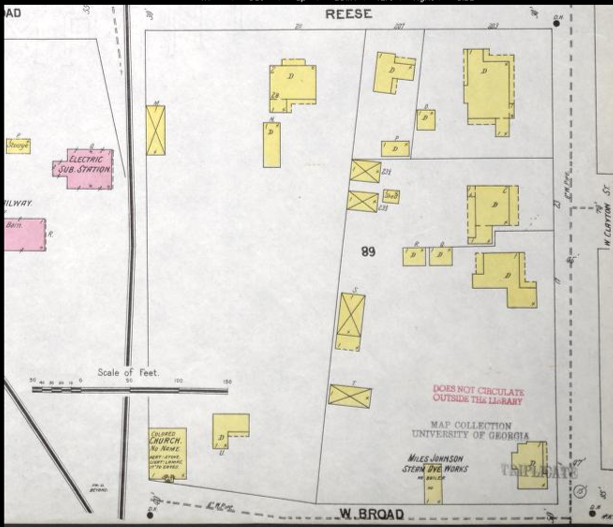 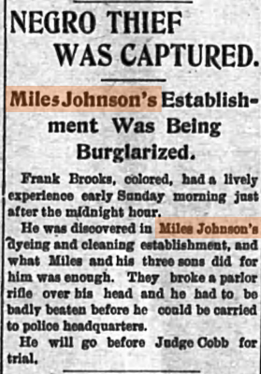 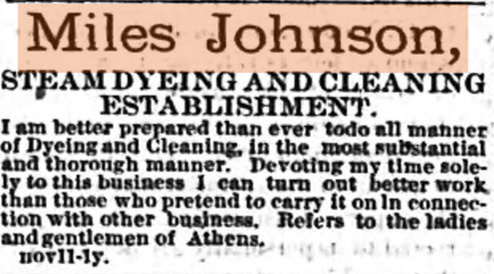 This site also has a connection to rising racial tensions of the period. In 1882 Miles Johnson's stepson, Frank Johnson, shot and killed a white student, Walter Roundtree, after a verbal altercation turned violent. After the shooting Frank fled to his step-father's shop where he was apprehended by police and put in jail.  Frank's imprisonment led to protest by the African American community, and some 300 persons attended a march outside the jailhouse. Mayor Rucker got involved after increasing fears of a riot and had the leaders of the march were brought before the court.