Fort Benton was established by the American Fur Company in 1846 and remains one of the most beautiful communities of US western expansion. Forbes Magazine named Fort Benton, Montana, "...one of the fifteen prettiest towns in America," and National Geographic Travelers simple says, "Don't miss Fort Benton". Fort Benton is known as the "Birthplace of Montana," and is situated on the banks of the Upper Missouri National Wild and Scenic River. Fort Benton Historic District is a haven for history buffs and is located along the Lewis and Clark National Historic Trail, the Nez Perce National Historic Trail, and stands as the gateway to the Upper Missouri River Breaks National Monument. The historic district extends along Front Street, from the 1200 to 1900 blocks, and includes the levee along the river bank, and the 1888 Fort Benton Bridge. The district also includes the site of Fort Benton, which has a surviving 1856 blockhouse, the levee built in 1860, the 1882 Grand Union Hotel, and the Fort Benton Engine House, a fire station that also served as city hall for many years. The 1867 I.G. Baker House is the oldest surviving residence in the district. Touring rooms are filled with: period furnishings; a trade store with buffalo robes; blankets, and other period trade goods; a warehouse with fur trade era collections; along with a blacksmith & carpenters shop. The newly reconstructed Bourgeois House, or Chief Agents residence, is home to the Starr Gallery which features Karl Bodmer's Travels Into The Interior of North America aquatint collection, and Robert Scriver's No More Buffalo Collection. 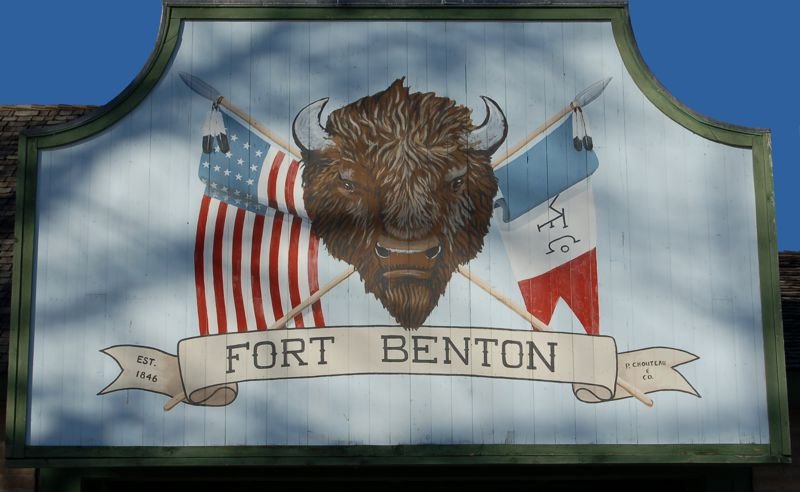 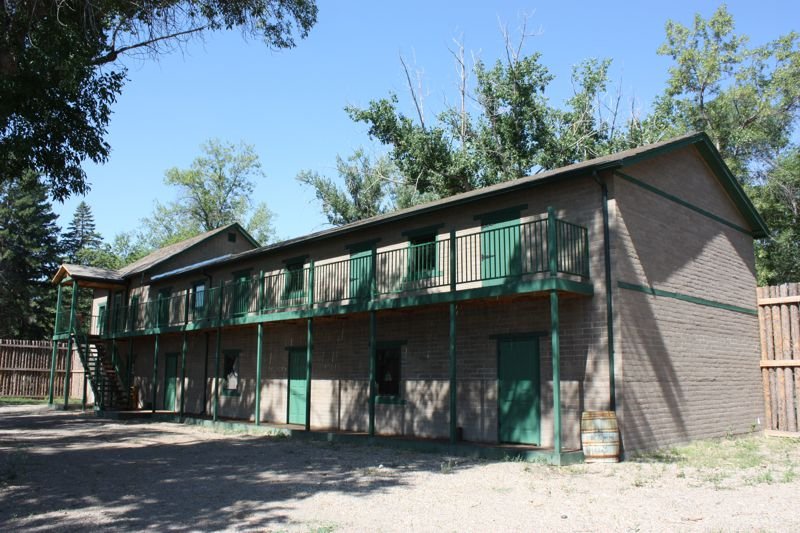 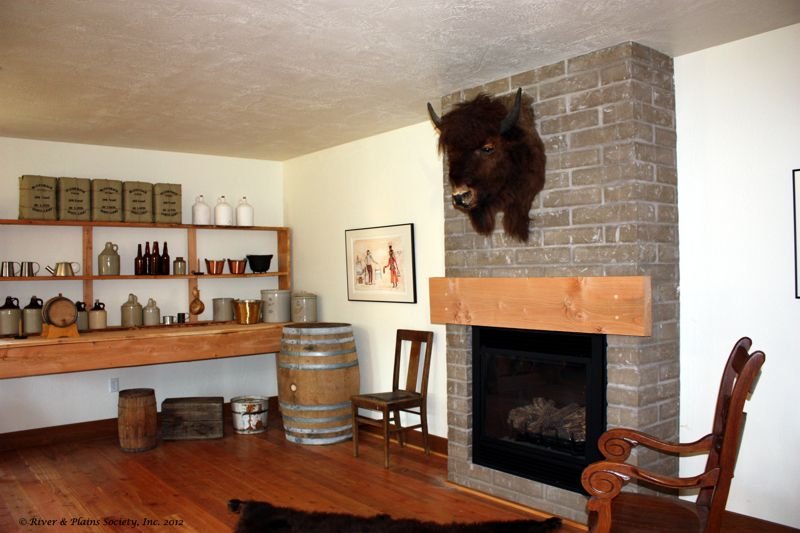 Fort Benton: The Birthplace of Montana 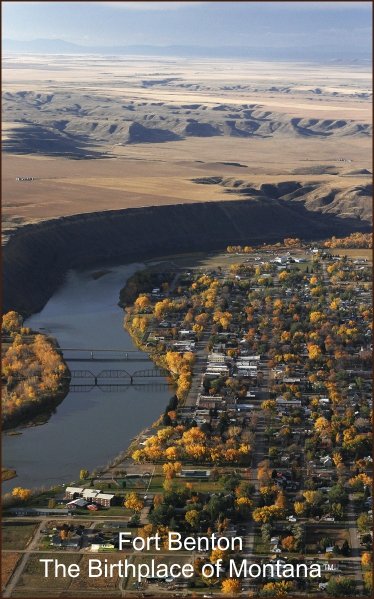 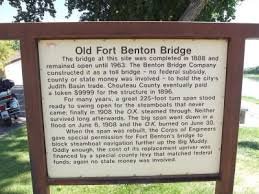 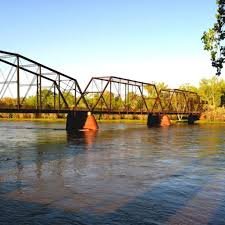 Fort Benton standing on the banks of the Missouri River is a reminder of when all of Montana was inhabited only by the Native American Tribes of the northern plains. Like all the other trading posts of this region, Fort Benton was built in a quadrangle and included portholes in the bastion walls to enable both cannon and riflemen to command defense on all (four) sides of the fort. An adobe wall fourteen feet high connected all the buildings and enclosed the quadrangle. Buildings contained within the compound were the Agent's Quarters or Bourgeois House, Engagee's Quarters, the Trade Store and attached Warehouse, the Blacksmith and Carpenter Shop, the Kitchen, and the Barn.

The Fort Benton Historic District is located in Chouteau County, Montana 100 miles south of the Canadian border. Chouteau County was established in 1865 and is one of the original nine counties of the Montana Territory. In 1882, Chouteau County was named for Augusta & Pierre Chouteau (who were the first fur traders and owners of the original trading post). Fort Benton is named for Senator Thomas H. Benton of Missouri, and was once a central trading hub on the Missouri River.  Fur traders, gold seekers, and settlers traveled the Missouri on steamboats to arrive at Fort Benton during the western pioneer days. Visitors can explore hundreds of years of frontier history during: the time of the Blackfeet on the open plains; the passage of Lewis & Clark; the fort fur trading history along the Upper Missouri River; and the US western expansion and settling of the Northern Plains.

Fort Benton is the county seat of Chouteau County, Montana, and was established in 1846, long before the U.S. Civil War. Fort Benton is recognized as a National Historic Landmark because of the importance it played as the head of navigation on the Missouri River and the opening of the American northwest and western Canada. Fort Benton is one of the oldest western settlements where frontier history becomes reality and US western expansion settles in the Northern Plains.

The River and Plains Society. Come and See and Hear the Stories. . Accessed March 20, 2018. http://www.fortbentonmuseums.com/index.html.

This entry has been edited 41 times.