This marker designates the location of the home of Brister Freeman, an African American man who was enslaved to the Cuming family of Concord and served in the Continental Army in the American Revolution. After his discharge, Freeman was awarded freedom papers and marked the change of status by adopting the surname of Freeman. In the 1790s, Freeman purchased land in the Walden Woods, which was home to a small community of formerly enslaved people. Freeman lived in the woods until his death in 1822. While his house has been lost to time, the site of the home is marked by a plaque on the east side of Walden Street just north of Route 2.

This marker includes a quote from Thoreau's Walden which gave the location of Freeman's home. 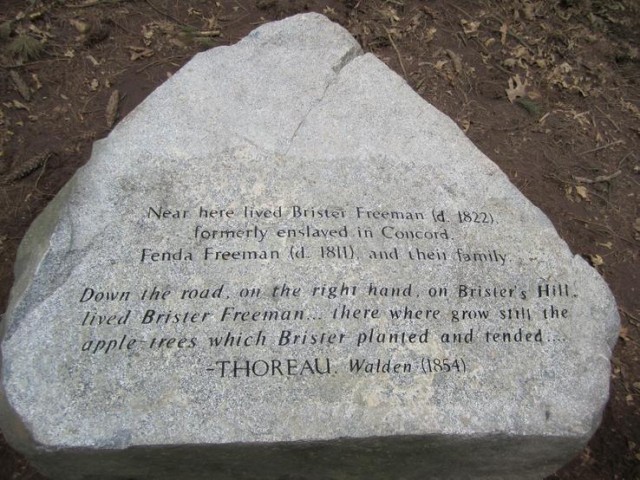