On July 23, 1846, Henry David Thoreau was jailed for refusing to pay his poll tax as a protest against the U.S. war with Mexico and the expansion of slavery into the West. Although he was released the following day when his family paid his fine, his action inspired his most influential essay, “Civil Disobedience.” The jail itself was later demolished, but the site is marked by a plaque mounted on a stone behind the town’s war memorials. 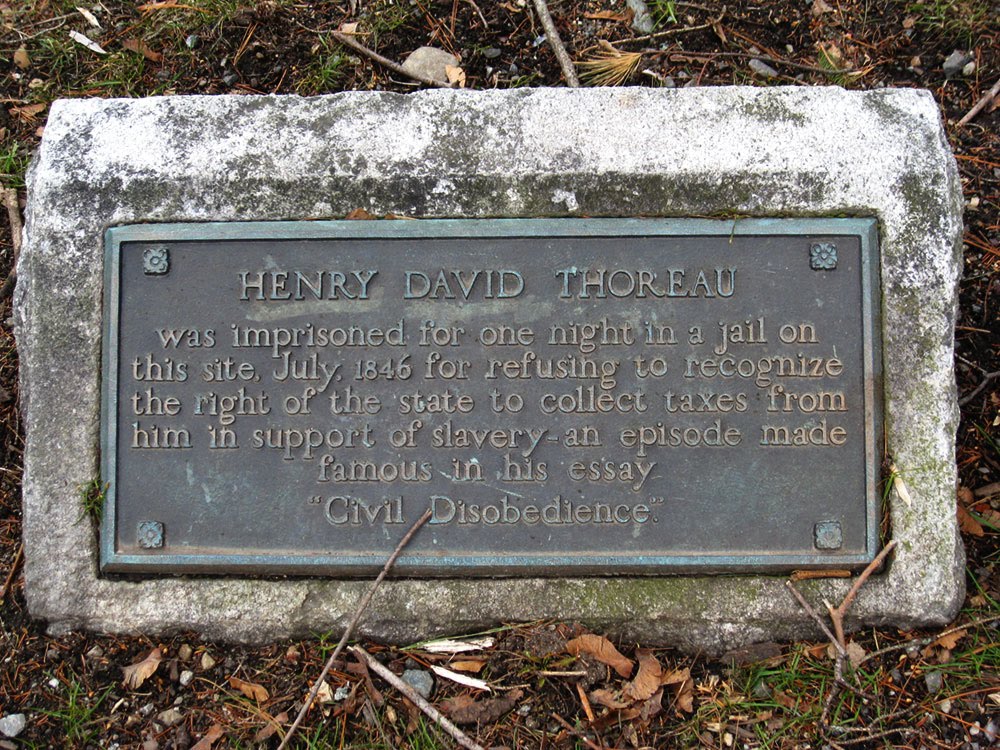