Philadelphia’s American League franchise opened in 1901 and in less than a decade grew more popular than the National League Phillies, leading Athletics owner Benjamin Franklin Shibe to open a new park at this location. Completed in 1909, Shibe Park became the home of the Philadelphia Athletics, the Phillies and the Eagles. This was also the site of numerous boxing matches, high school and college football games, and regular contests featuring Negro League baseball teams the Philadelphia Stars, the Hilldale Club, and the Bacharach Giants. After falling into disrepair, the stadium was demolished in 1976.

View from the NE corner of 21st and Lehigh of Shibe Park's iconic facade. US Library of Congress photo. 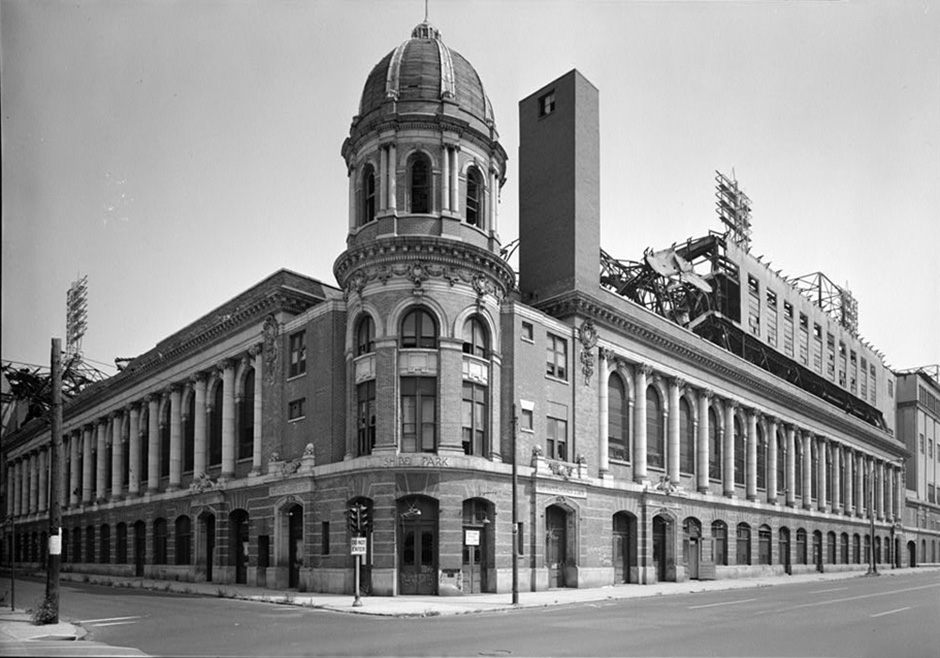 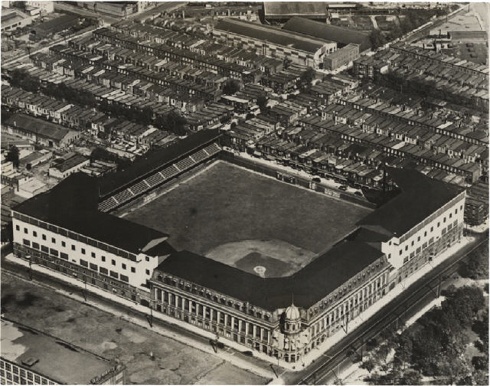 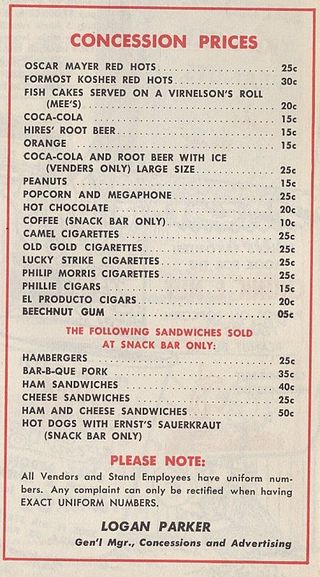 Shibe Park was one of the first baseball stadiums to be made of concrete and steel and it is believed that it was the first major stadium to offer a public address system, and the first to display lineups on the scoreboard. The stadium hosted several World Series, Negro League World Series, and All-Star games.

Shibe began purchasing sections of land through straw buyers to keep his name off of the purchases and keep area owners from recognizing his intent to acquire five or six acres so that he could demolish the existing buildings and begin construction of his park. By 1908, Shibe had hired William Steele and Sons to design and build the state of the art ballpark. Less than a year later, the steel and concrete park that would become home to Philadelphia’s iconic sports teams was completed. Shibe Park opened April 12, 1909 as the home of the Philadelphia Athletics.

The park was fitted with 23,000 seats, priced from 25 cent to $1. The additional standing room opened capacity up to 40,000. On opening day, the park was packed to the brim. Fans stood in the outer reaches of the outfield and sat on rooftops surrounding the stadium. Philadelphia Mayor Reyburn threw out the first pitch. The Athletics went on to win the World Series in 1910, 1911 and 1913. A loss of players in the following seasons took the A’s to the bottom of the standings. After Shibe’s death in 1922, his sons and co-owner Connie Mack expanded the park, raising the grandstand roof, adding a press box, a roofed terrace along left field, a mezzanine and 4,250 seats. The A’s were back at it by 1929, winning two straight World Series and three straight AL pennants.

The Great Depression brought the park a third upgrade. Thousands of fans had watched from the rooftops of houses neighboring the park, paying the owners substantially lower fees than the ones charged at the park gates. With the weakened economy and attendance at a low, Jack Shibe commissioned a 22-foot-high corrugated metal wall atop the existing right field wall. Dubbed Connie Mack’s Spite Wall by fans, the now 34-foot-high right field wall blocked the view from the neighboring rooftops, souring the relationship between the A’s and their fans.

Shibe Park was home to a number of Negro League games throughout its life, as well as a few other sports teams and events, including boxing matches. And the Philadelphia Eagles occupied the park for 17 years starting in 1940.

In 1938, the Phillies moved into Shibe Park in the middle of the season. Shibe Park was home to the first AL night game in May of 1939, after eight light towers were installed the previous winter. The Phillies won the last pennant the stadium would see in 1950, but ultimately lost the series to the New York Yankees that year.

Shibe Park became Connie Mack Stadium in 1953, an effort by Mack’s children to revamp the park. The A’s left Philadelphia in 1955, when new owner Arnold Johnson moved them to Kansas City. Bob Carpenter, owner of the Phillies, purchased the stadium in 1955 and added billboards and a huge scoreboard. In April of 1957, a statue of the deceased Connie Mack, was unveiled across the street from the stadium, the epitaph headlined with “Mr. Baseball.”

During the final game on October 1, 1970, fans tore apart the stadium before the game was even over. Seats, turf, signs and more were removed by the crowd, who were hungry for their own souvenir from great Philadelphia history.

The park was demolished between October, 1975 and July, 1976. Arsonists set fire to the ruins not long after the final game. A church now inhabits the property, and in 1997 the Philadelphia Historical Commission placed a marker to commemorate the once iconic ballpark.

Alex Weidner, Shibe Park/Connie Mack Stadium, 12-11-2017 https://theclio.com/web/entry?id=52644 (This was a previous entry in Clio that was a duplicate of this topic, and since this location was already in Clio, it was merged into this entry).