The Georgian style, 18th century Parry Mansion has been home to the New Hope Historical Society since 1966. It was built by the “father of New Hope,” Benjamin Parry, in 1784. It was home to five generations of the Parry family until the historical society purchased it from Margaret Parry Lang. The historical society renovated and refurbished the mansion, transforming it into more than just a period home museum. The furnishings and decorations of its eleven rooms span five distinct periods (representing the five generations of Parrys who occupied the home) from 1775 through 1900. The mansion is part of the larger New Hope Village District which was added to the National Register of Historic Places in 1985. The society offers free guided tours of the home every weekend from May through November.

The Parry Mansion has sat on Main Street since 1784. 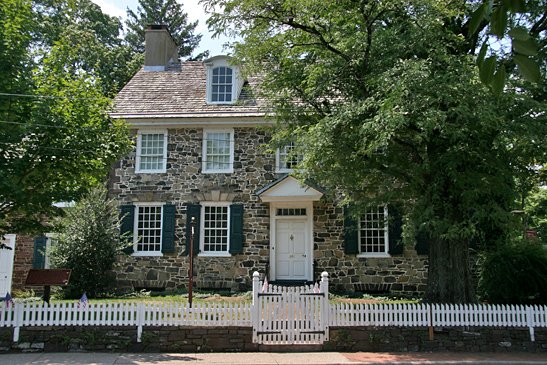 A view of the rear of Parry Mansion, home to the New Hope Historical Society. 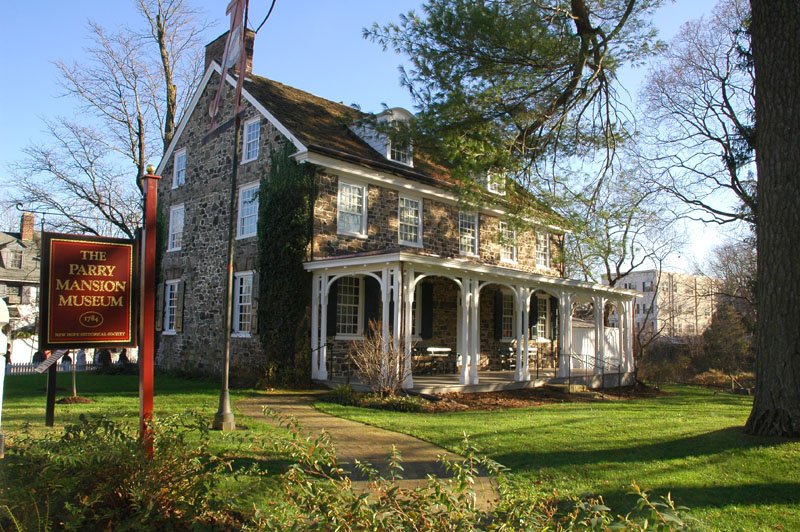 One of the upstairs bedrooms within the Parry Mansion. 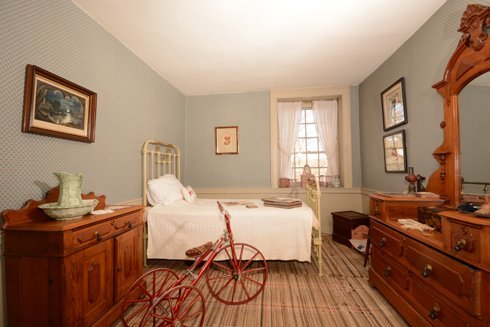 A chair and music stand in the Victorian Music Room. 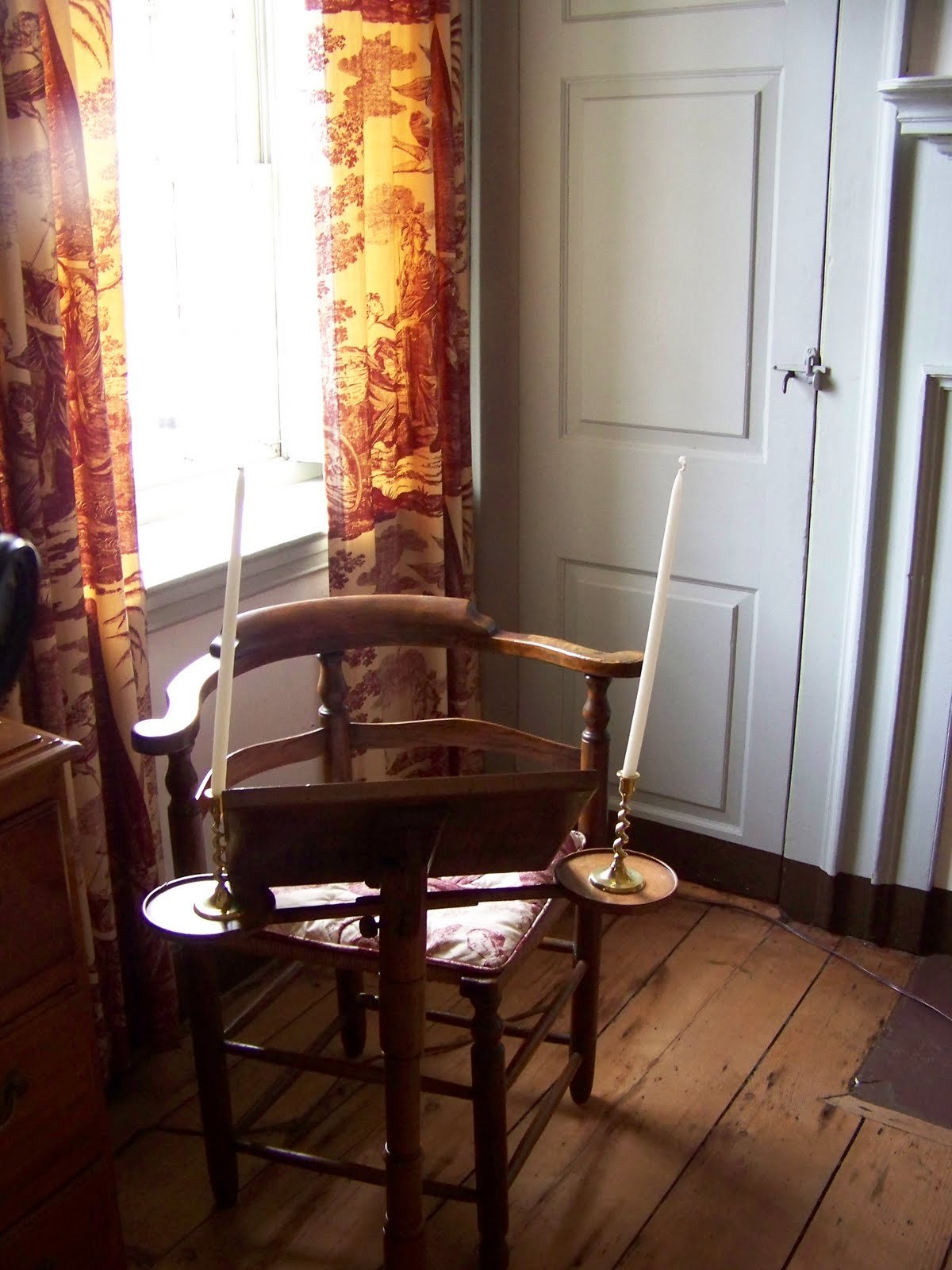 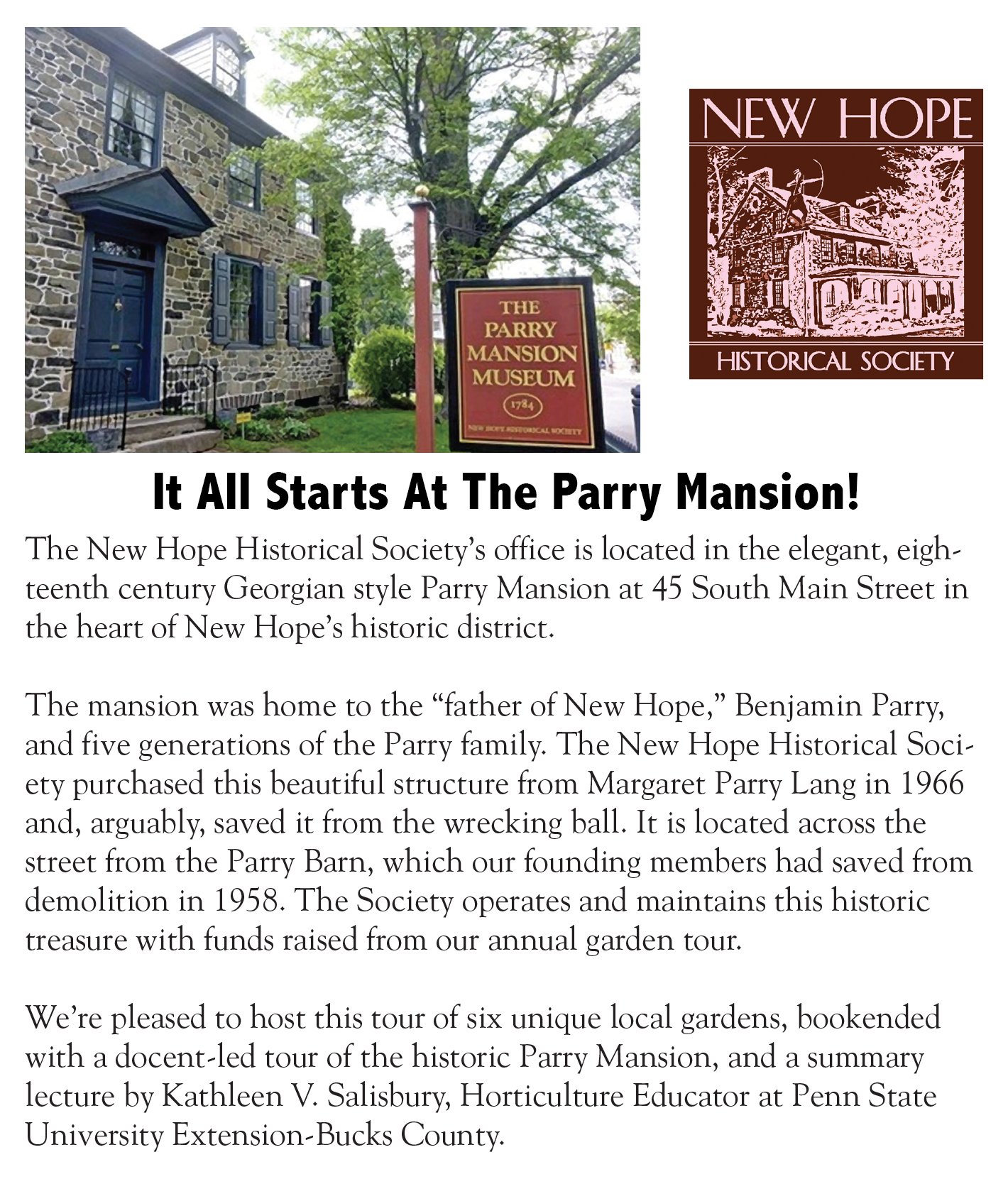 New Hope, located just across the Delaware River from New Jersey, was part of William Penn’s original land charter from King Charles II.  The town was named after various ferry owner/operators, from Wells to Canby to Coryell, until it was incorporated as New Hope in 1837.  It settled on that name thanks largely to the efforts and actions of Benjamin Parry, who arrived in Coryell’s Ferry, via Philadelphia, in the early 1780s.  He quickly purchased the local grist mill (where the current Bucks County Playhouse now stands) in 1785.  Parry then added lumber and flaxseed oil mills to his operation.  Unfortunately, the grist mill burned to the ground in 1790.  He had it rebuilt and named his enterprise the New Hope Mills and the town adopted that name almost 50 years later.

Prior to all this, Parry built a wonderful example of Georgian architecture beginning in 1784.  Built from Bucks County fieldstone, the mansion was completed in time to welcome his new bride, Jane Paxson, in 1787.  Parry, aside from managing his mills, created a method to preserve grains during shipping in 1810 and led a group of local businessmen in building the first bridge across the Delaware to Lambertville, New Jersey in 1814.  He also was instrumental in opening the first New Hope Bank.  Benjamin Parry died in 1839 and his business operations were taken over by his son, Oliver.  The historical society still annually celebrates Benjamin Parry Day the first Sunday in March.

The historical society, after acquiring the mansion in 1966, enlisted the help of New York City interior decorator, Charles Lamar, to convert the home into a decorative arts museum.  Each room is decorated in a different style.  The home now hosts rooms such as the Colonial Entrance Hall which features pine wood floors, oriental rugs, a Chippendale table and chairs, and a cherry grandfather clock.  The Empire Dining Room is home to a marble-top serving table, pillar and scroll dining table and portraits of Benjamin and Oliver Parry from 1826.  The home’s Federal Drawing Room is also known as the Patron’s Room as all its furnishings were donated to include its mahogany Sheraton secretary and side chairs, curled arm sofa and Chinese porcelain dinnerware.  The five upstairs bedrooms are furnished in the same manner.  In addition to guided tours of the mansion, the historical society also offers one-mile guided tours of the neighborhood.