Created by the legislation passed by the Arkansas General Assembly in 1961, this state park commemorates the battle at Jenkins' Ferry which occurred on April 30, 1864. This Civil War battle was part of the larger Red River Campaign that consisted of two other battles at Poison Springs and Mark's Mills. By the end of this battle, the Union troops retreated to Little Rock. The battle was part of the Camden Expedition, a Union offensive in the spring of 1864 in which the Union lost 2500 men and failed to assert control of this section of Arkansas. The park commemorates this battle, whose historic site is 13 miles from this location and is one of seven contributing sites to the Camden Expedition Sites National Historic Landmark.

Jenkins' Ferry Battleground State Park is dedicated to the battle at Jenkins Ferry. A historical marker for the battle is located 13 miles from here.

The Battle of Jenkins' Ferry was the last of three battles in the Red River Campaign. 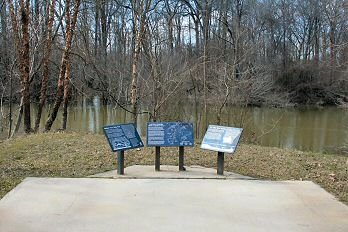 On April 30, 1864, the Confederate forces attacked Union forces at Jenkins' Ferry. The Union troops fled to Little Rock, Arkansas once the battle was over. 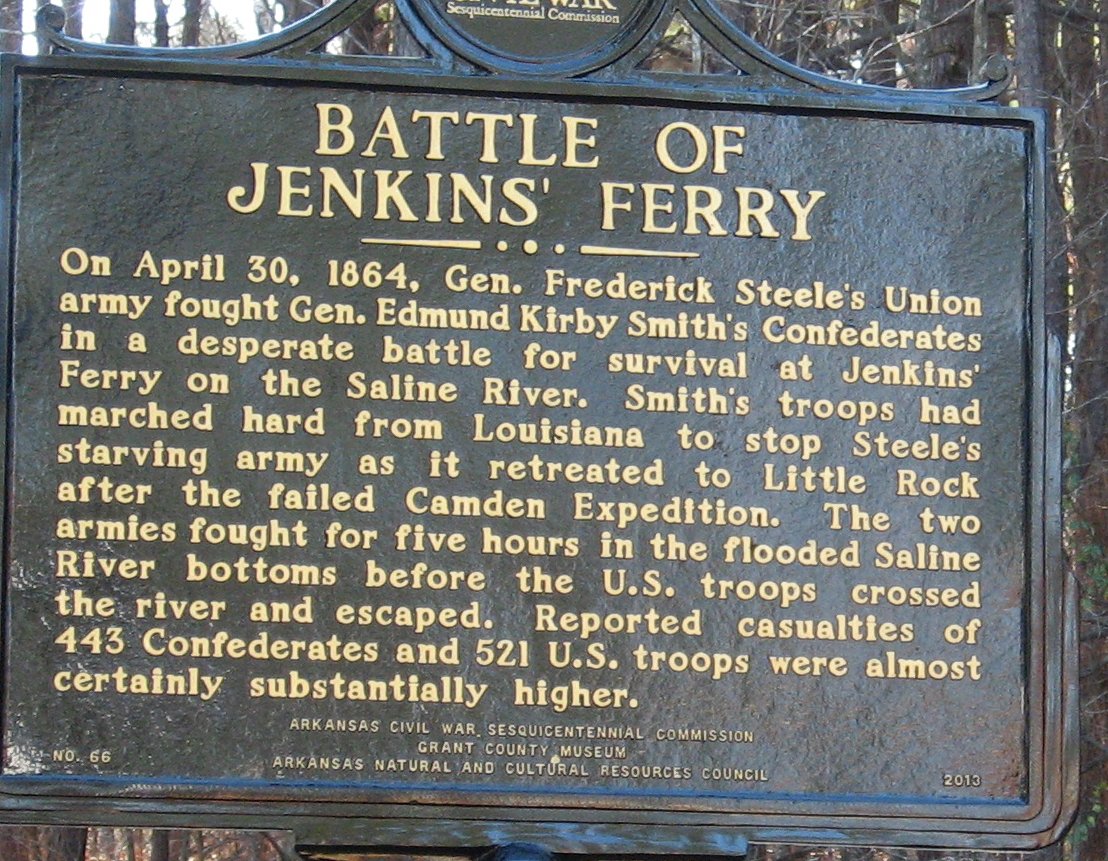 The battle at Jenkins Ferry was the third major Civil War battle that occurred in Arkansas as part of the Red River Campaign; the other two campaign battles in the state occurred at Poison Springs and Marks’ Mills. After the battle at Mark’s Mills, Union Army General Frederick Steel was faced with the possibility of starving and being captured. To avoid both fates, Steel and his men gathered the supplies and materials they still had on April 26, 1864, and traveled on the Ouachita River at Camden using a pontoon bridge. The Union army had deceived the nearby Confederate forces into thinking that they had stayed in Camden overnight.

On the morning of April 30, Confederate forces encountered the Union troops, who were sheltered by the rising creek and muddy area, despite being stuck at the Saline River.  Even with this setback, the Confederate forces continuously pushed against Steel and his men, knowing that if they eased up, the Union troops would retreat across the Saline River. By the end of the battle, the Confederate army experienced about 1,000 deaths, while the Union army suffered 700. Despite this, the Union army was able to cross the Saline River and retreat to Little Rock. Today, the state park preserves this Arkansas battle, and a historic site to the battle can be found 13 miles south of Sheridan.