The Peninsula Point lighthouse has stood watch over its waters since 1865, contributing to the success of thriving economies of lumber, iron ore, and fishing. Today the lighthouse serves more as a place of rest, relaxation, and reflection. Visitors can climb the 40 foot circular staircase to find a panoramic view of Lake Michigan. 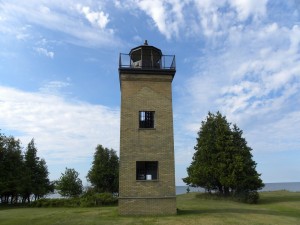 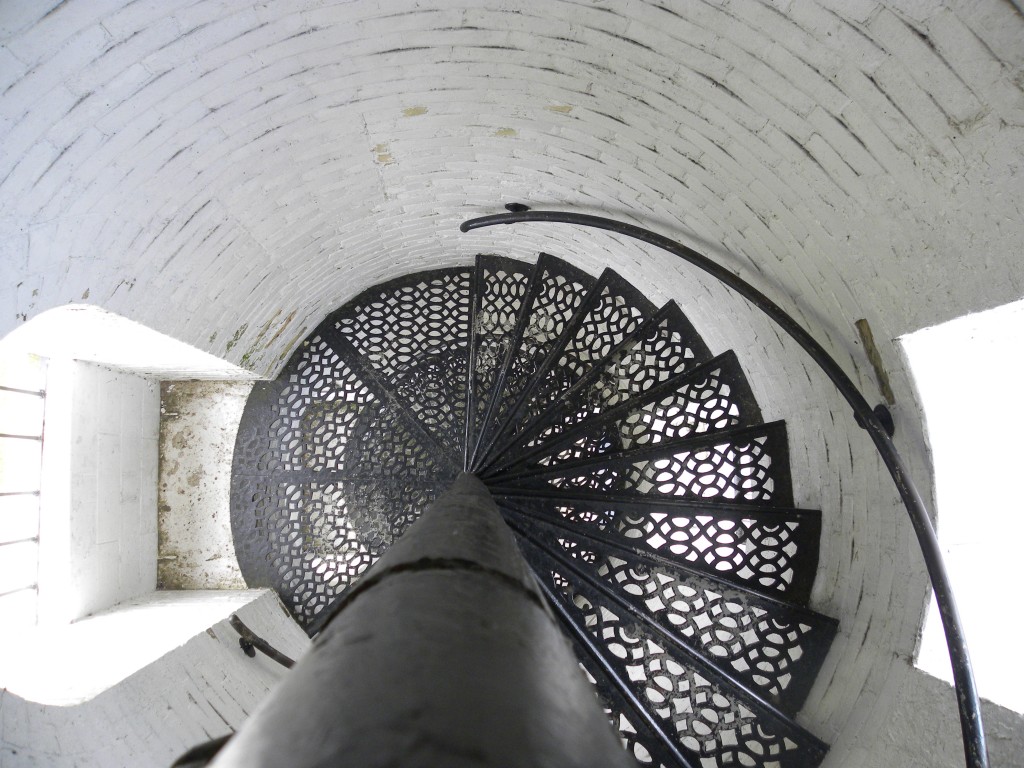 Peninsula Point is a special place for a number of reasons. During the 1860s, the ports of Escanaba, Gladstone, Fayette and Nahma were teeming with ships hauling fish, lumber, iron ore and other products. These sailing ships needed navigational help to protect their hulls. When iron ore loading docks were built in Escanaba in 1864, Congress appropriated the funds to build a lighthouse. Construction of the lighthouse in 1865, included a 1½ story brick home for the keeper and his family. A hand-operated oil lamp burned in the lighthouse until 1922, when an automated acetylene light replaced it. The lighthouse keeper, Captain James Armstrong was transferred to the Escanaba light station.

In 1936, when the Minneapolis shoal lighthouse was put into operation, Peninsula Point light was snuffed out and the property declared surplus. In 1937, the FS was granted custodianship of Peninsula Point Lighthouse. The Civilian Conservation Corps repaired the buildings and constructed picnic grounds. However, the remote unoccupied station became a target for vandals and in 1948, when the FS could no longer finance repairs, demolition of the lighthouse was considered. The Stonington Grange agreed to take over maintenance, and their rehabilitation work earned them first prize in the 1949 statewide Grange Community Service contest.

The lighthouse keeper’s quarters burned in 1959, but the brick tower survived and is now listed on the National Register of Historic Places. Today visitors can climb the 40 foot circular staircase to find a panoramic view of Lake Michigan. Rest rooms, as well as tables and grills for picnics, are available.

The limestone shoreline yields fossils estimated at 400-500 million years old. And Peninsula Point is also a popular spot to enjoy the Monarch Butterfly and bird migration. Local birding enthusiasts have compared Peninsula Point to Point Peelee National Park of Canada, and have recorded over 200 species of birds.