One of the oldest institutions in the Cazenovia community is Cazenovia College. Originally established in 1824 as the Seminary of the Genesee Conference by the Methodist Church, Cazenovia College has been a national leader in coeducation since its inception. Notable alumni include Leland Stanford, founder of Stanford University and Phillip Armour, innovator in the early meat packing industry. The Seminary was originally housed in this location in what had first served as the first Madison County courthouse, and then the Cazenovia Methodist Church. The original building, built in 1811 by John Lincklaen, was destroyed in a fire in 1959 and the current structure bears a façade that replicates the early 19th century Federalist design. As the years passed and enrollment at the Seminary increased, structures were added on either side of the original courthouse building. The new buildings combined a popular Italianate style with the more traditional Federalist lines of the original structure. Throughout the first half of the 20th century, fires damaged or destroyed all of the Seminary structures except Williams Hall, which still bears the hallmarks of the Federal recessed bays and Italianate brackets. To this day, Cazenovia College continues to attract men and women from all over the country to our quiet community and remains an integral part of the village. 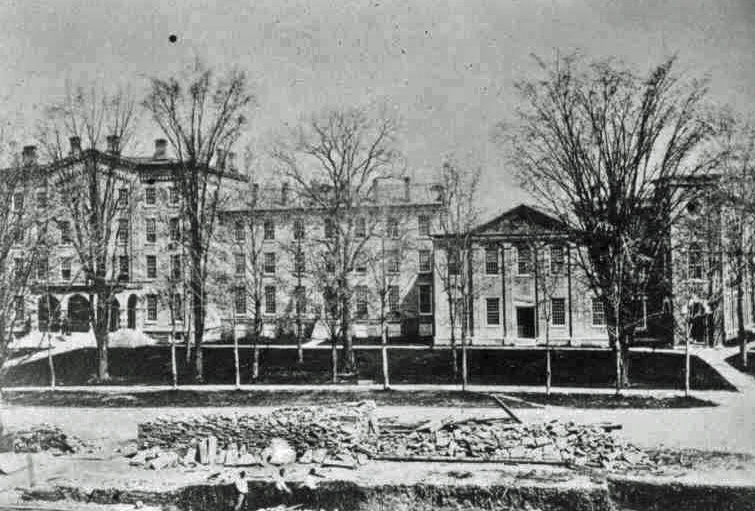