Established in 1974, the Meteorite Museum at the University of New Mexico holds one of the largest collections of meteorite specimens in the world. It is run by the university's Institute of Meteoritics, which became the first institute to study meteors in the world when it was founded in 1944. Some of the institute's 600 specimens are on display, including the one-ton Norton County enstatite achondrite rock that fell in Kansas in 1948. Interestingly, the institute formed a relationship with NASA and some of the moon rocks brought back by the Apollo 11 mission were sent here for study. The museum is housed in Northrop Hall.

The Meteorite Museum opened in 1974 and displays a number of specimens from its collection including the one-ton Norton County meteorite that fell in Kansas. 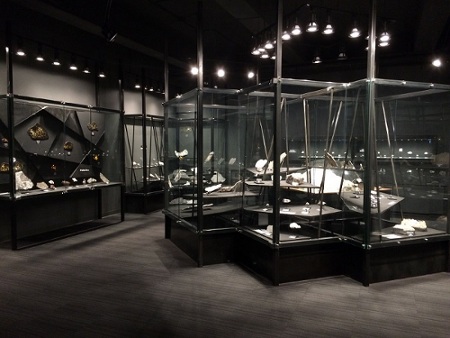 Monday, Wednesday from 11am to 2pm. Tuesday, Thursday from 10am to 12pm, 2pm to 3pm. Closed Friday-Sunday. Check website for exact time as they are subject to change.