The Culver Studios were built by director Thomas Ince in 1919. They were owned temporarily by Cecil B. DeMille before becoming a part of the major studio RKO. After RKO shut down production in the 1950s, the television production company Desilu took over. The studios have been bought and sold many times since then and are currently owned by an affiliate of Hackman Capital Partners. Films such as Gone with the Wind and Rebecca have been shot there, as well as TV shows such as The Andy Griffith Show and Deal or No Deal.

The mansion at Culver Studios today. Photo from The Wrap. 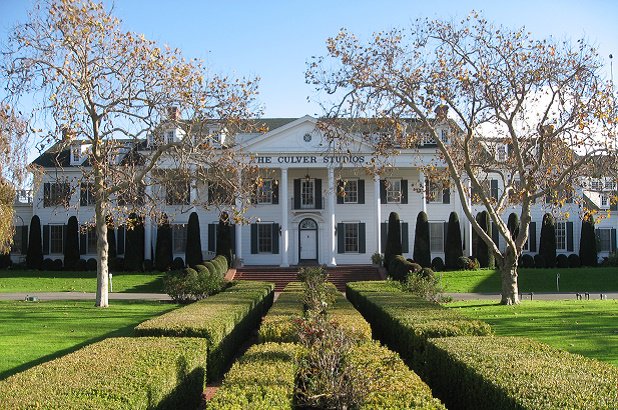 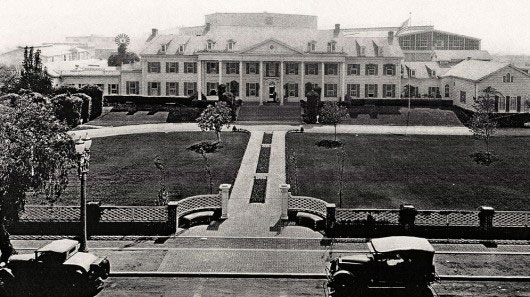 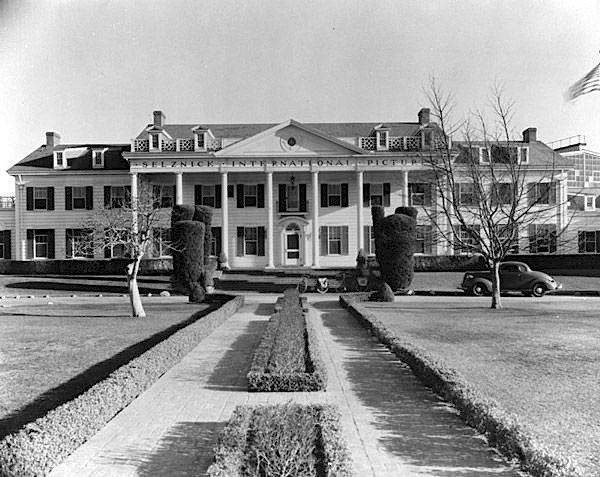 A sign for Desilu Productions with the mansion in the background. 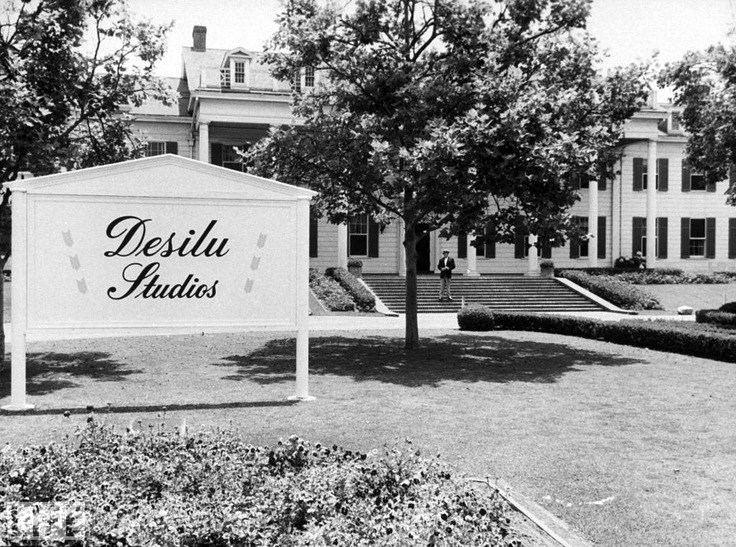 An aerial shot of the Culver Studios from the 1930s. 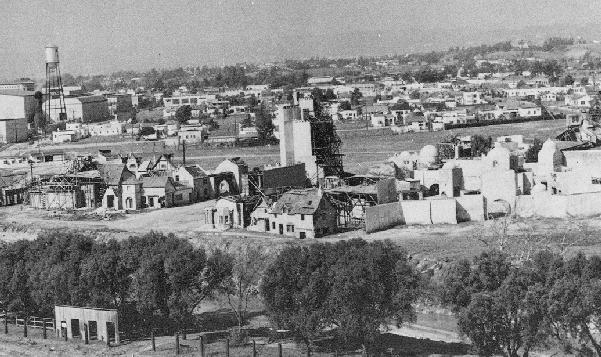 The Culver Studios were built in 1919 by Thomas H. Ince. Ince started his career in film by acting for the Biograph studio in New York. He began directing for the Independent Motion Picture Company before moving his family west and building his own studio: Inceville. Harry H. Culver, the founder of Culver City, heard about Ince and convinced him to build a studio in his town. Ince’s new studio included a grand entrance, four glass film stages, and a two-story administration building. This studio was named Triangle Studios and would later be bought by Metro-Goldywn-Mayer. Ince then finished his next studio, known today as the Culver Studios.

Ince only got to enjoy the success of his studios for a few years before his mysterious death in 1924. Director Cecil B. DeMille then took over the Culver Studios. DeMille had become fascinated with show business through his playwright father and went on to work in theatre himself. His cohorts Jesse L. Lasky and Samuel Goldfish (who would change his name to Goldwyn) persuaded DeMille into giving movies a try. In 1916, the Jesse L. Lasky Feature Play Company merged with a distribution company to become Paramount Pictures. When DeMille was squeezed out of Paramount, he struck out on his own. During his tenor at the Culver Studios, he built elaborate sets for The King of Kings. DeMille left to work for MGM in 1928, handing over the studios to Pathé America. That same year, Pathé merged with RKO, creating a new major studio.

RKO had only been in business a year when the Great Depression hit the United States. In the 1930s, they would declare bankruptcy. RKO spent most of its existence struggling to keep up with its main competitors. Without the funds to put big talent under contract, RKO often settled for working with independent production companies, like Walt Disney’s, and free-agents, like John Ford. They also leased the lots in Culver City, then-called the “back 40 [acres],” to producer David O. Selznick. There, Selznick would film the classic Gone With the Wind, burning down old sets for the invasion of Atlanta scene. Millionaire Howard Hughes took over RKO in 1950, and his poor leadership led to the demise of the company.

Desilu Productions, ran by the husband and wife team of Desi Arnaz and Lucille Ball, was the next to purchase the Culver Studios in 1956. Their focus was television rather than movies, leading to such hits as Lassie, Hogan’s Heroes, The Andy Griffith Show, and Star Trek. In 1967, Desilu sold all of its assets to Paramount Pictures, including the studios that had once been RKO’s. The studios in Culver City were renamed Paramount Culver Studios and were only used for a few years before being sold to Perfect Film & Chemical Company. In 1969, the studios were officially renamed The Culver City Studios.

The studio changed hands a few more times in the 1970s, and in 1976, the remaining sets from the old days were torn down. Laird International Studios bought the property in 1981 and used it as a rental lot. Grant Tinker and Garnett purchased it in the mid-1980s and undertook a $26 million renovation. The mansion and bungalows were restored, new television stages were built, and the old glass and muslin Stage 1 from 1918 was dismantled. Sony Pictures Entertainment bought the Culver Studios in 1991, around the same time they bought the MGM studios in Culver City. Then Studio City Los Angeles became the new owners in 2004. Today, the Culver City Studios are owned by an affiliate of Hackman Capital Partners and are used by multiple companies who lease the stages. Recently, Amazon Studios moved its production from Santa Monica to the Culver Studios, becoming part of one-hundred years of film history.